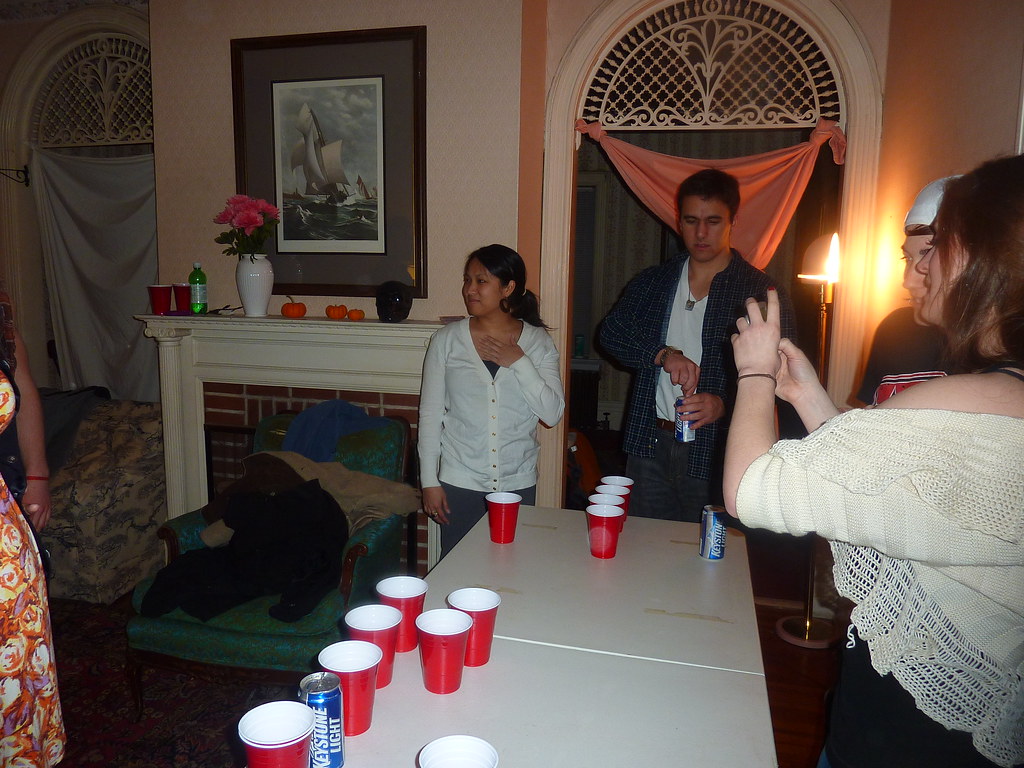 Red Solo Cups litter the floor and loud music blasts from a speaker. High schoolers group together in the living room and on the back patio. This is not a scene from November 2019–these are Carmel High School students in November 2020.

Although public health officials have warned against it, some Carmel teenagers have continued to engage in large social gatherings for underage drinking, undeterred by social distancing regulations and state recommendations. Despite urgings from medical professionals and government officials, most party-going teens report that few to no teens at larger social gatherings wear face masks or practice social distancing, but parties have become more restricted with smaller gatherings and barring entry into house parties becoming more common.

Although teens maintain that large parties have taken place, Carmel-by-the-Sea’s police officers have yet to be dispatched to any teenage house parties regarding noise complaints, delinquency, or underage drinking.

“At this time, we haven’t had any problems with high school parties,” noted Paul Tomasi, Chief of Police for the city of Carmel-by-the-Sea.

The Monterey County Sheriff’s Department could not be reached for comment.

“With the invitation that I sent out, I just let people know, if you have people in your family who are high-risk, please make that decision for yourself,” describes one senior, who threw a party of about 40 people for their birthday with a parent present for the event. “It’s just not worth it if you’re in that situation. I also made an invite list and kept it strictly to those people. If other people showed up, I kicked them out.”

Other party-throwers have imposed stricter rules as to guest lists–instead of open invitations, hosts have placed explicit boundaries on who is welcome based on social group and school.

“Parties have gotten a lot smaller,” mentions a Carmel junior. “I’ve been to parties thrown by people from other schools, and the Carmel ones are usually stricter and are more likely to kick people out.”

Social gatherings during the pandemic ranged from stereotypical high school parties of 50 or more people, to more intimate ‘kick-backs’ of 10-15. During the time period of many of these gatherings, California had prohibited gatherings of members from three or more households.

“For a lot of kids, it’s just about not wanting to spread the virus,” says a CHS senior, who reports to have gone to approximately five large parties since last March. “Kick-backs are just a chill vibe and an easier way to control who’s there.”

Underclassmen explain that their gatherings tend to resemble the “kick-back” model of a smaller group, rather than large parties that are more typical of upperclassmen.

“I had 13 people over for a party,” says one Carmel High sophomore, who threw a party on Halloween while their parents were home. “It was outside, and we had hand sanitizer out next to all of the places that had food. The people that got invited were just close friends that I had already seen.”

In spite of making the decision to participate in large gatherings, some students who have gone to parties, but are more careful about the potential risk of infection, have taken matters into their own hands while underage drinking.

“The last party I went to, I didn’t really want to share my drink with anyone,” says a Carmel sophomore, “so we all just got used disposable shot glasses so that everyone could have their own. But I just brought my own flask so that no one else could drink out of it.”

Some whole groups have made efforts to abide by CDC guidelines when hanging out in groups.

“I just went to one party at the beach,” notes a CHS freshman. “We tried to stay apart, and we always bring masks and wear them for the most part, except when people are taking photos.”

Students report an increase in parties in comparison to this time last year, the majority of them citing a craving for compensation for time lost as the driving force behind their choices.

“There’s definitely been more parties recently,” asserts one CHS senior who threw a party of around 50 people in September while their parents were present. “Honestly, I think we all have way more free time than we used to, and we’re trying to get that time back.”

With government and health officials warning against group gatherings, students are forced to confront criticisms from those who disagree with their choices.

“I think people have a right to call us irresponsible,” comments the senior who threw a party of about 40 people for their birthday, “but people haven’t experienced what my senior year has been like. People in our community who would criticize me, they’re probably right, but they haven’t been in my shoes and they don’t understand what’s been taken away from me.”

Other students have had a more difficult time rationalizing their past decisions to participate in or facilitate large group gatherings.

“I definitely do regret throwing the party,” says a Carmel senior, who threw a party of around 50 people in November while their parents were out of town. “The day before the party, I completely broke down, and didn’t want to do it anymore, but I had already planned it, so it was too late.”

When explaining their choices to go to or throw a party, students note that everyone at parties, they had already seen, either individually or in smaller groups.

“At the party I went to, nobody was wearing masks,” reports a CHS sophomore, who went to a Halloween party of about 25 people, “but all the people that were at the party, I had already previously seen. And obviously, none of us got sick.”

As COVID-19 cases continue to rise around the country, the future of high school parties remains uncertain.

“Since coronavirus has been getting really bad,” indicates one senior, “I think a lot of us will cut down on the number of parties we go to and the amount of people we see.”