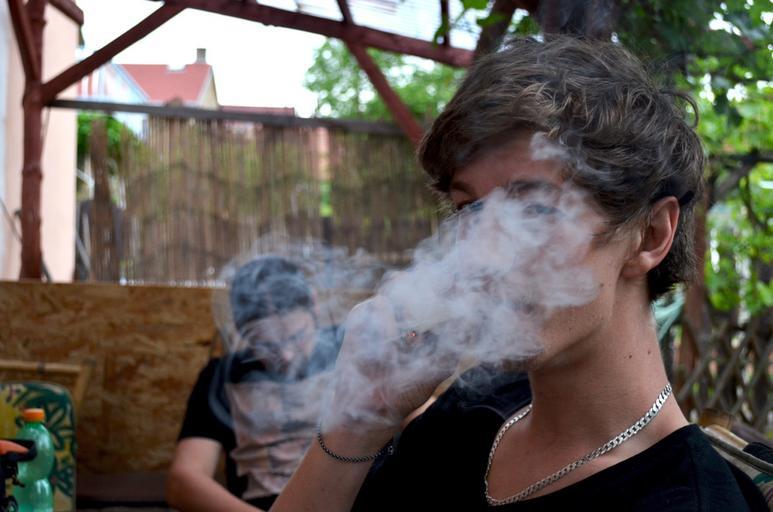 According to panel surveys conducted by the CDC, 13.3% of adults 18 or older have started or increased use of drugs and alcohol to cope with emotions related to COVID-19, and similar patterns of substance abuse have been noted among adolescents, a fact supported by teens on the Monterey Peninsula who report abusing illegal substances at a higher level since schools closed in March.

Whether in group settings in which social distancing rules are violated or alone, teens are simply using substances more since the initial quarantine, sometimes at the expense of online learning. Either way, there seems to be one common motive: boredom.

“A lot of negative behaviors come from boredom,” says Casey Grover, an emergency physician at the Community Hospital of the Monterey Peninsula. “You got to add in school not being in session, not being able to see friends, social media amplifying the feelings of isolation and everyone else looking like they have it better. It’s just the perfect storm for people to feel like they have nothing to do and try pills for an alternative reality.”

It is undetermined whether more adolescents are using substances because of COVID-19, but among those who were already using, an increase in the amount of a substance and the frequency in which they’re using has been common, leading to more overdoses in Monterey County, particularly in the teen population. As of Oct. 31, there had been 33 overdoses during 2020 at CHOMP between teens 13 and 18 years old, and 13 of those teenagers had marijuana in their history or on their toxicology test.

“What we were seeing early on with COVID-19 was a decrease in overall ER visits,” says CHOMP emergency physician Reb Close, the lead clinical physician for the Monterey County Prescribe Safe initiative. “But we were seeing more substance use and overdoses.”

While this may be easy to track at a hospital, it’s become a challenge for schools.

“We have not seen an increase,” says Carmel High School assistant principal Debbi Puente. “Yet I am not surprised to hear that health officials are seeing an uptick. This is a really hard time for everyone and, sadly, some people turn to substance use to ‘feel better.’”

Some high school students have turned to substances to cope with the isolation caused by this pandemic.

“I had one young man in May who blatantly said he took a counterfeit pill willingly because he was so bored and isolated,” Grover says.

This “might as well” mentality is evident among high school students at high schools across the Monterey Peninsula.

“It’s in front of me, I’m bored, and there’s nothing else to do,” says one local sophomore.

This relationship between boredom and increased substance abuse is something a Canadian online survey, which asked Canadian adolescents to reflect on their frequency of substance use in the three weeks before and directly after social distancing protocols were put into effect, traces to asynchronous education and the cancelation of extracurricular activities, giving teens more unstructured time that is associated with behaviors such as substance abuse.

“I was overwhelmed with extracurriculars, with sports and clubs, and other work,” says a local senior. “So now that that’s out of the picture I do have more time to hang out with my friends and smoke.”

While local high schoolers report a continuation of drinking, they report an increase in smoking, a trend supported by the Canadian study.

“I have definitely seen my usage increase,” says a senior who has been experimenting with higher doses of marijuana. “It’s a noticeable difference. If it’s bong rips, I take multiple, if it’s a joint, then I take more than what I did prior to coronavirus.”

The same pattern is noted by other marijuana-using teenagers, where their usage and tolerance has increased. In some cases, they report doubling or tripling their consumption and frequency.

“Before COVID-19 I used only on friendly occasions,” says another local senior. “If I had to quantify it, it would probably be a few times a month, but now it’s a few times a week.”

These “friendly occasions” are still happening, despite social distancing protocols. Teens commonly hang out with the same bubble of friends, only exposing themselves to the same group when they smoke or drink. Of course, social distancing within that bubble is rare.

“[Social distancing] is not being followed as much,” says a local sophomore who acknowledges drinking and smoking. “But I watch who I’m with. So say I’ve already hung out with a certain group of people, then I know it’s okay to hang out with them again.”

Policy-makers have to make tough decisions regarding what safety measures to prioritize.

“How will we reconcile the different challenges we face?” says Grover, the emergency physician referencing the challenge within the challenge. “Is getting COVID-19 the worst challenge? Is it being isolated that causes someone who’s been sober to relapse on drugs? Is being home all the time driving boredom and causing teens to experiment? I don’t know if there’s a right answer.”

Those who choose to use by themselves are making a safer decision, as crazy as that sounds, except that too comes with a cost. While these students choose to smoke at night, with online learning in place, some find themselves smoking during school hours as well.

“When I do it during class, I feel like it makes me more productive,” says a local sophomore who uses marijuana and nicotine, “which I know people say is all in my head, but I am honestly more focused and get my assignments done.”

Others would rather be high instead of listening to instruction.

“I use during classes to a light extent,” says one junior. “I’m not destroyed during school, but I’m high enough.”

Spikes in drug overdoses are being reported by federal and local officials nationwide as a hidden epidemic within the pandemic, the reason given often boredom. With teens being bored, they are experimenting.

It’s clear that this uphill battle with substance abuse among adolescents will continue to be a second part of this catastrophe.