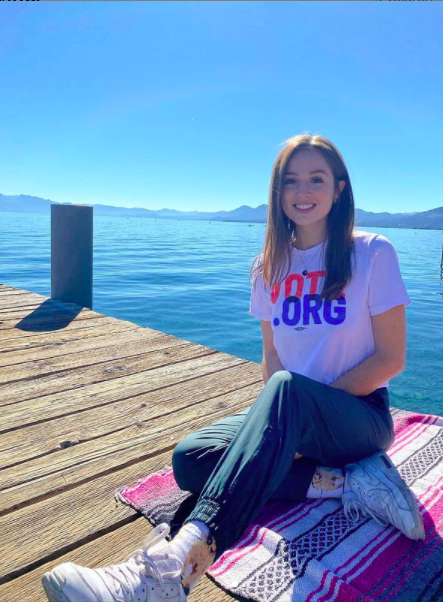 Over the 15 years that YouTube has been live online, viewers have seen a shift in content and perspective from creators. Content creators from undergraduate students at Stanford University, Dartmouth College and Vanderbilt University have managed to implement production, editing and publishing of social media content into their intense academic schedules.

Jackie Rhoads, a junior at Vanderbilt, majoring in human and organizational development and minoring in theater, business and film, publishes new college-lifestyle related content on her YouTube channel every Sunday, alongside a wide array of content from fashion try-on hauls to vlogs to question-and-answer segments with her peers.

“I started YouTube this summer when I had some free time and was kind of lacking a creative pursuit since I wasn’t able to do theater at home,” Rhoads says. “It was a cool outlet, and it has definitely become more than a hobby. I see YouTube as a way to get a platform and to get my face out there.”

Although Rhoads has only been active on YouTube for six months, she has been able to accumulate 12,000 subscribers and over half a million views. As an avid actor, Rhoads is no stranger to the camera, especially with her past features in a soap opera and a music video.

“When I was a kid, the two things I did was that I played as a baby in a soap opera and also featured in a short film with Timothée Chalamet,” Rhoads says. “Since I’ve been in Nashville, I’ve been doing student films, I was an extra in a Luke Bryan music video and then a couple months ago I was the lead in a Canaan Smith music video, which is coming out soon.”

Alongside her experience as an aspiring actress, the Vanderbilt junior has been able to integrate and balance her YouTube and academic schedule.

“When I’m at school, I want to take advantage of  days in my life, weeks in my life, just because that’s something a lot of people like to see, so life is a little more exciting when I’m at school,” Rhoads explains. “Time management is a skill I’ve worked on throughout the years, and YouTube has kind of become my priority over school in terms of getting editing and schoolwork done, but it hasn’t been much of an issue this semester. It’s all about consistency and finding time then committing to it.”

Another YouTuber, Joelle Park, who graduated from Dartmouth College studying economics, film and digital arts in December of 2019, has had a passion for creating YouTube videos ever since her freshman year of high school. Like Rhoads, Park makes videos focused on the college she attended, Dartmouth, through vlogs, college advice and career advice.

“Nowadays, since I’m no longer in school, I’ve been able to post regularly, usually once a week,” Park says. “When I was in school, it was definitely less regular, especially with prioritizing studying. Around my junior or senior year, it became more of a once-a-week cadence but when I was a freshman it was very sporadic.”

Park has even been able to apply her passion for film to her current job working as a social video strategist at Buzzfeed Inc.

Another college YouTuber, Katherine Waissbluth, known as “The Kath Path” by her 90,000 YouTube subscribers, started her YouTube channel in her senior year of high school, primarily focusing on the college admissions process. Now a junior at Stanford University, she has shifted her niche from college application advice videos to vlogs on LSAT study sessions, an entrance exam used for U.S. law schools, her college experiences and collaborations with other students and even a best-selling author.

“I started my YouTube channel after I struggled through the admissions process myself.” Waissbluth notes. “My school did not have a ton of resources for my application process, and I felt a bit lost. I wanted to help others navigate the process better than I did. As my channel grew, I realized people wanted information about college life in addition to college admissions, so when I got to college, I kept filming!”

Despite having very little experience in the world of acting and media production, Waissbluth has been able to attain 90,000 subscribers on YouTube and 284,800 followers on TikTok, all while managing a college application revision business called Kath Path College Apps, which she currently runs with a team of 15 other students from prestigious universities.

“Staying consistent has allowed me to rely on YouTube as my job, which is gravy on top of having a ton of fun with it,” Waissbluth says. “I am someone who always likes to have a project in addition to whatever I am mainly focused on, and YouTube has really filled that hole for me during my college career.”

Of course, the grind and hustle of balancing business, YouTube and academics for Waissbluth has been somewhat of a struggle at times, but the business owner has been able to balance everything in one way or another. At the age of 20, the Stanford junior has been able to run three businesses all while maintaining a solid GPA as a political science major and English minor.

“It has been difficult at times to balance work and school, but I remind myself that I would probably be working at the library or bookstore if I didn’t have my businesses,”  Weissbluth says. “I’m lucky to have work that allows me to be creative and remembering that keeps me motivated!”

Of course, with fame comes public recognition. While these students were on campus, classmates and other viewers would often recognize them from their social media presence, especially underclassmen and freshmen.

“As the younger and younger classes came in, some would recognize me and say ‘Hi’ as I got older at Dartmouth, ” Park says. “It was really sweet and really funny.”

While at Dartmouth, Park was lucky enough to collaborate with other YouTubers on campus, including current juniors Hannah Burd, known by YouTube name “Hannah Likes Science,” and Josh Ocampo, known by subscribers as “heyitsjoshco.”

With the rise of college influencers on social platforms like TikTok and YouTube, it will be no surprise to see incoming freshmen classes documenting their college experiences and knowledge for everyone to see, all while keeping their academic and personal priorities in check.