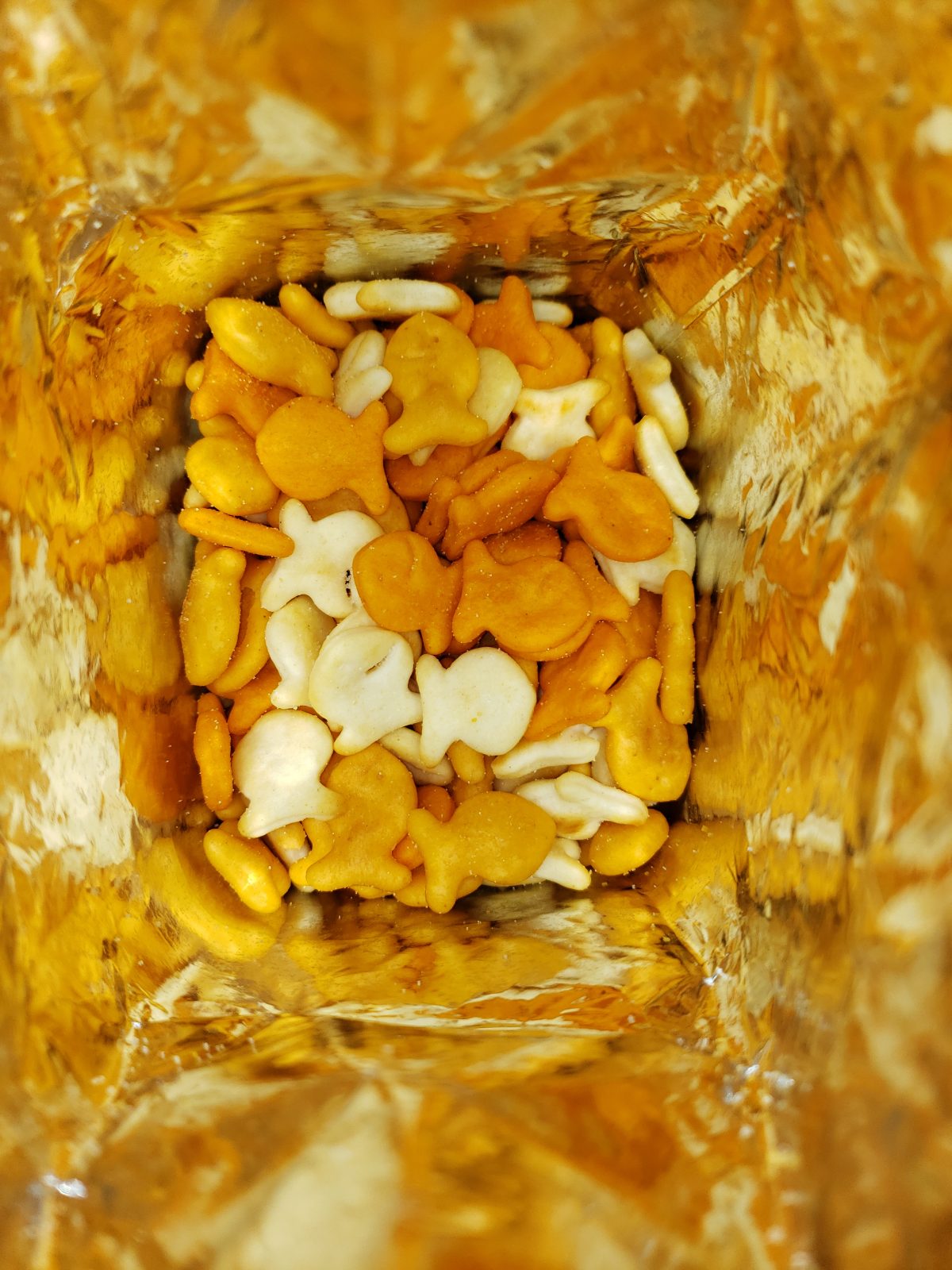 My name is Martin Sevcik, and I am a connoisseur. A connoisseur in what, you ask? Well, if you read the last Goldfish review you might know. Let’s cut to the chase: I get paid the big bucks to review Goldfish flavors, so you really ought to listen to me. I have eight more flavors and a strict word count, so let’s get started.

In a past life, I was an Italian. So as a former Italian, I can verify that these Goldfish bring the authentic flavors of Alberobello or Treviso to the average American home. The tomato-flavored powder is surprisingly strong, but works well with the cheesy flavors of Goldfish to create a near-perfect replica of this iconic Italian dish. Pizza Goldfish are my gateway to a past life, and they may just enlighten you as well.

For a brand that depends almost entirely on sodium for flavor, you would expect the pretzels to be saltier than the Dead Sea on a Sunday. Instead, these salt-deprived, dry, mundane pretzels can’t help but ruin my day. It’s no coincidence that Gilbert, the pretzel goldfish, is the worst character in the “Goldfish Animated Series” (available at goldfishfun.com, for those inclined).

Much like “Avengers: Endgame” or “Legendary Battle,” the twentieth and final episode of “Power Rangers Super Megaforce,” this Goldfish flavor is a crossover of legendary proportions. Mixing together several mediocre flavors to create a super-powered, genuinely good flavor is the type of mad Goldfish scientist shenanigans I never expected to see Pepperidge Farms officially endorse.

I’d like to extend a formal apology to you for my past comments. It was rude, unjust and uncalled for to give you a 5/10 in my previous review. Having recently tried Cheddar Jack’d Flavor Blasted Goldfish, I now understand that you are the best flavor the Flavor Blasted family has to offer. I’ll take you over those sour-tasting bastard children any day. You’re now a 6/10.

I love capitalism™. That’s why, when my second favorite company (Goldfish™) joined forces with my thirty-fifth favorite company (Disney™), I was ecstatic™. These bags of corporate magic are a cut above your typical Goldfish™, with thin cracker-like pieces mixed in with special Princess Goldfish™. Not only that, but there are some fun games on the back of the packages, which gave me whole minutes of enjoyment™. These made me feel like a kid again…. I guess that’s what they call Disney™ Magic™.

Want to know a cool hippo fact? Hippos are technically herbivores! They only eat meat when they’re particularly hungry. This is why we feed hippos in zoos — if we didn’t, they might just eat the guests! I know a lot of hippo facts, mainly because Hippo has been my nickname since fourth grade. I like to think it’s because I, much like hippos, only eat certain flavors of Goldfish when I’m particularly hungry, but I’m afraid it’s for a different reason. My teeth are pretty big….

The problem isn’t the sour cream and onion flavoring — that stuff is, generally speaking, alright — the problem is that Goldfish are not a vessel fit for such strong flavoring. The flavoring overpowers the natural cheesy flavor and leaves an awful aftertaste of onion so strong that I needed a breath mint to wash it away. Do not buy these.

We are ending this one on a high note: Goldfish S’mores Grahams are a perfect snack. Much like the mixed flavor mentioned above, the strength here is the combination of flavors. The whole is greater than the sum of its parts, with the marshmallow bits giving a sweet kick to the savory cocoa and graham crackers. Finn also looks really cute with his little hat and sleeping bag. Like, really cute. I’m honestly giving this a 10 so he’ll DM me back. I’m not desperate, just passionate.