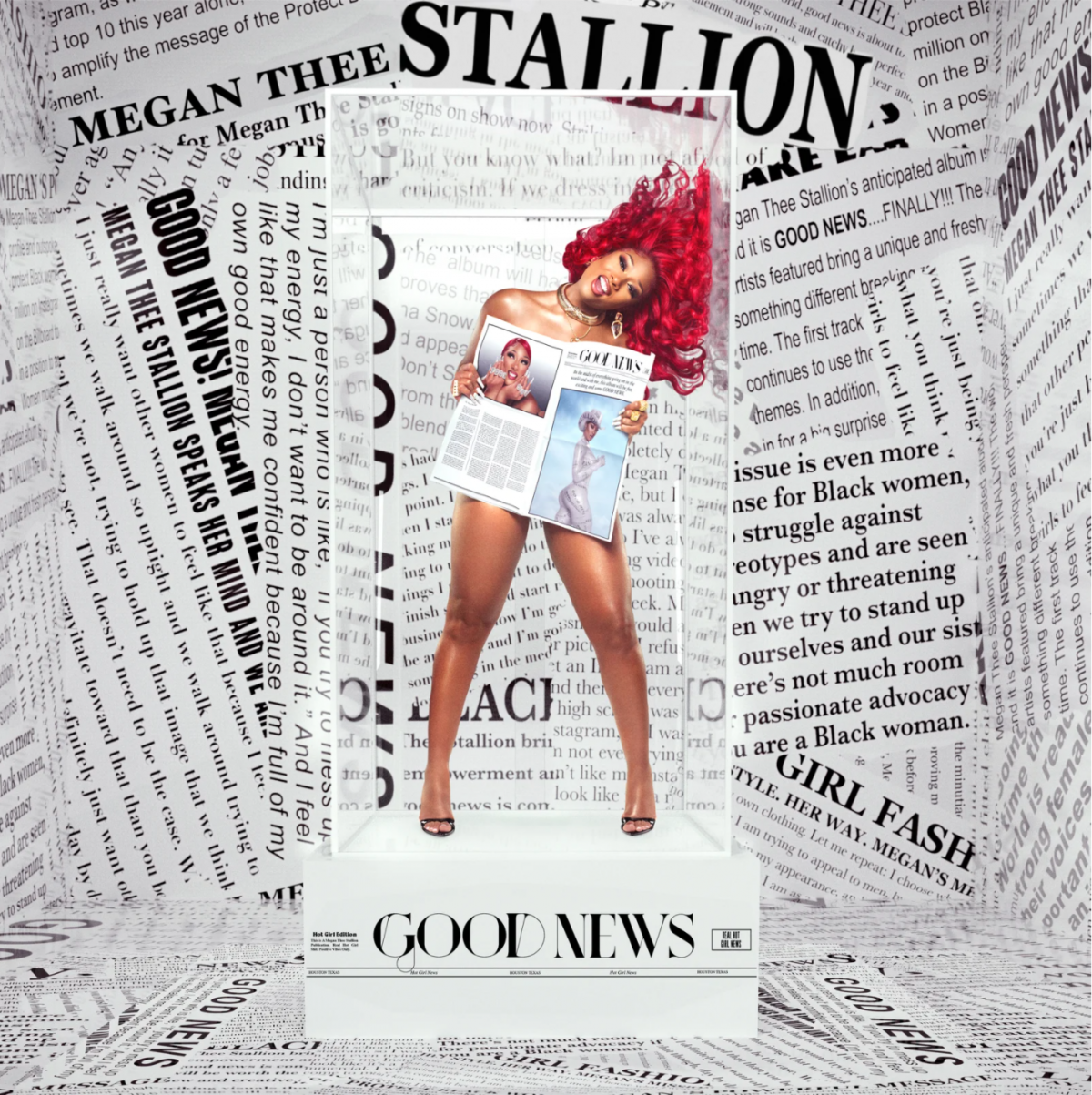 Megan Thee Stallion’s debut studio album “Good News” is an attempt to display her talent, but instead muffles it with the sounds of other musicians.

The premier track “Shots Fired” hits similar notes as Dua Lipa’s “New Rules,” a pop-song in the form of a reminder to female listeners to stay above the actions of ex-boyfriends and men alike. It simultaneously addresses her experience with being shot, although the message feels buried and unclear.

“Cry Baby,” featuring DaBaby, slips in between the cracks created by the more memorable moments from the album. DaBaby’s verses are forgettable and sound choppy in comparison to the much smoother rhythm of Thee Stallion’s verses. Rather than a cohesive number, the collaboration sounds forced and off-rhythm.

In contrast, “Do It on the Tip,” with City Girls and Hot Girl Meg, stands out only because of the featured artists. The City Girls’ verse is the saving grace of this song, as Megan Thee Stallion seems to be trailing after the beat. The track in its entirety is repetitive and unimpressive.

The album starts and finishes strong, but loses its strength in the middle. Unmemorable beats and overly repetitive lyrics lull the listener into a bored state. Each song feels like a slight differentiation from the next, as if Thee Stallion ran out of ideas for alternative tracks but was desperate for her LP to reach a certain length. Cutting the five titles in the record’s center would have drastically improved the quality of the album.

Songs like “Body” and “Work That” are prime examples of wasted potential. While Megan Thee Stallion is an impressive artist with good flow and skillful rhythm, the shallow and boring lyrics of many of her tracks distract from her talent. Almost every song on the LP addresses one of three topics–sex, money or haters–leaving little room to differentiate between tracks.

The album’s standout cut is “Freaky Girls” featuring SZA. Unlike other songs on the record, this collaboration feels cohesive. SZA’s smooth R&B tones compliment Thee Stallion’s rap style in a way that no other artist on “Good News” did. Thee Stallion’s flow adjusts seamlessly to remain perfectly on-beat, even as the tempo fluctuates.

Megan Thee Stallion shows off her solo talent in “Girls in the Hood.” By far the most catchy and memorable song, Thee Stallion embraces her feminine power by utilizing her trademark saying “hot girl.” The intro to the track is the perfect hook, seamlessly transitioning into the first verse. The chorus is the best representation of what “Good News” had the potential to be: an excellent display of new talent in the rap industry. The song’s flow and strong beat compliment Thee Stallion’s style, creating a standard for what her tracks should sound like.

While “Good News” is impressive in its laundry list of featured artists, Megan Thee Stallion’s talent would have been better off if it had been left untouched. Few of the collaborative tracks compare to the solo ones, leaving something to be desired. Showcasing more of Thee Stallion could have elevated “Good News” to a far more impressive musical status.