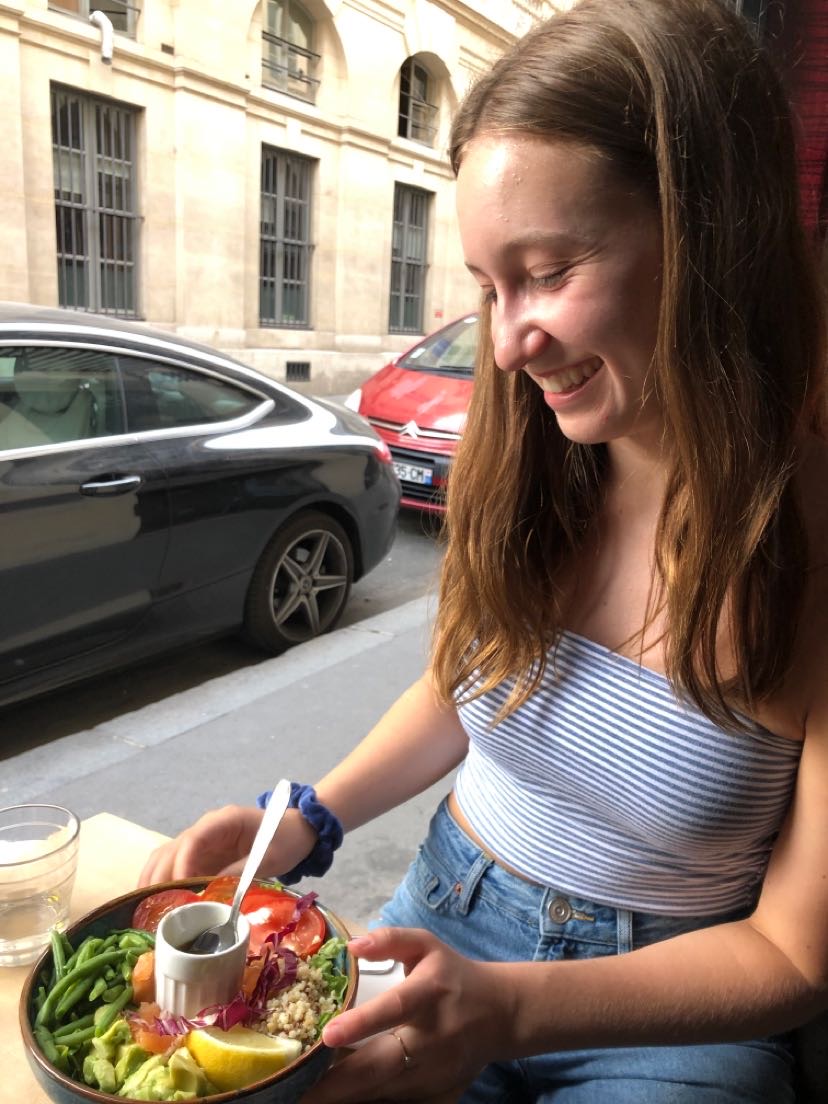 Without the structure that in-person schooling provided, many Carmel High School teens have noticed varying levels of change to their eating habits, ranging from a conscious effort to eat healthier to a lack of motivation to make meals.

A survey pushed out to 100 students shows that 38% have noticed an unhealthy change to eating habits following the switch to online schooling. Some of these students report that they only have the energy to make one meal a day, forget to eat entirely or turn to the convenience of junk food.

CHS junior Ruby Carr says that online school has directly contributed to a lack of motivation to prepare balanced meals, saying she sticks to easy foods such as bread, cheese and smoothies.

“My mood is certainly affected when I do not eat enough because I have no energy,” Carr says.

The school schedule provided Carr with structure as she was able to eat breakfast before school, snacks throughout the day and dinner at home in the evening. The switch to online school threw off her normal routine, she says, making it harder to maintain her healthy habits.

Like Carr, sophomore Julia Hadland is experiencing difficulty in timing her meals throughout the day.

“Because I’m up late doing homework, I try to sleep in as long as I can, which doesn’t really leave time for breakfast,” Hadland says.

The lack of proper nutrition for teens especially can have relevant consequences to academic performance. According to the Centers for Disease Control and Prevention, skipping breakfast alone is directly associated with a decreased ability to problem solve, a weaker memory and limited alertness.

By contrast, 26% of survey participants reported actually experiencing a healthy change in eating patterns since the start of online schooling. Based on survey feedback, these students feel that being at home not only reminds them to eat, but it also reminds them to eat healthier.

Senior student-athlete Grant Gallaway has noticed that school from home gives him more time to focus on himself. Gallaway says he now has time to focus on improving his diet and consciously making healthier choices by consuming more vegetables, taking out empty carbs and purposely eating more protein such as steak and pork.

“I periodically binge ate due to the stress of in-person school before quarantine,” Neth says. “I have a healthier relationship with food now than I  did before quarantine due to less stress, a less-structured eating environment and being able to eat whenever I need to.”

Neth is now able to make balanced meals including a bagel or toast and yogurt for breakfast, some fried rice for lunch and pasta for dinner with a small snack before bed.

Pacific Grove nutrition therapist Diane Whelan has seen a wide range of patients since the start of quarantine and has noticed similar trends among her clients.

“Many have been able to use the free time to practice self-care and eat better,” Whelan notes. “Initially, people were engaging in projects, hobbies and some have been able to continue with this positive spin.”

Alexa Julian, a CHS junior, has been able to use this period of time to develop a healthier relationship and practice self care as well.

“Online school has definitely changed my eating habits in a way where I have become more relaxed about the amount of food I eat per day,” Julian says. “I have definitely gotten better at eating what is best for my body and what I want to eat.”

For Julian, online schooling has thoroughly been a catalyst for positive change, with a healthy shift in eating habits directly contributing to an improved body image and an active desire to improve her overall mental health.

While there is indication that online school has benefitted some students in terms of the ability to take the time to consciously focus on self-care, another group of students are finding the motivation harder to come by. This contrast directly reflects the many ups and downs of online school, and quarantine altogether, effectively representing the novelty of these times.