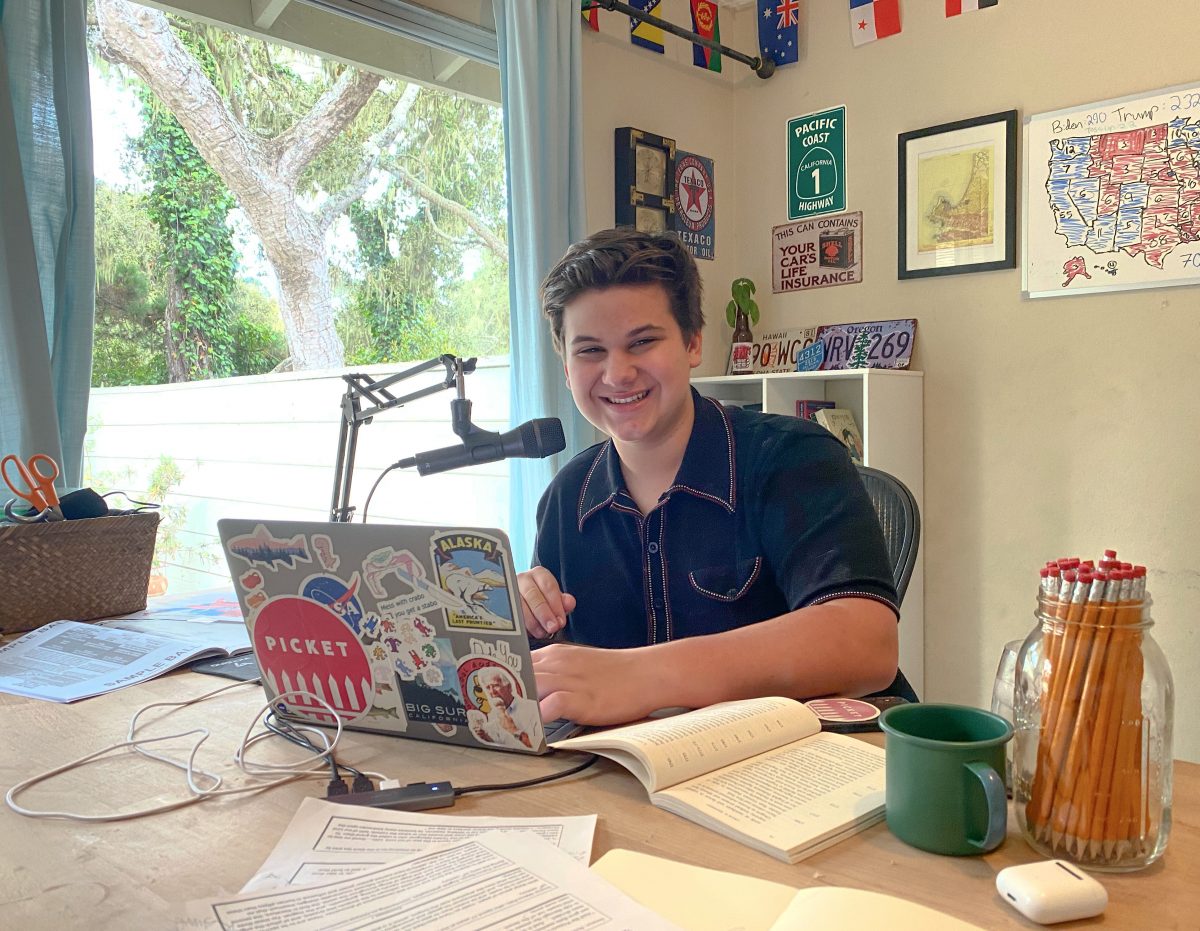 After being intrigued with the American media’s coverage of the 2016 presidential election and cultivating skills of communication and engagement with their peers, high school sophomores Jake Peterson and Lorenzo Ruiz decided to start “Picket,” a podcast centered on the history, ideologies and ethos of America. Although the two students are physically thousands of miles apart, they both still manage to interview, edit and publish each episode on a weekly basis.

“We first find the topic we want and then find a guest that fits that discussion,” Peterson says. “Most of the time, people are nice enough and give their time, and relationships build up.”

Ruiz and Peterson have relied on creating relationships with their featured guests through email communication.

“We send emails to a wide array of individuals for different episodes and wait for a response,” Ruiz says. “We’ve sent hundreds of emails over the past podcast season to just try and get the right guest, and we’ve been very fortunate with the people who agreed to be on our show.”

While Peterson is in control of public relations, setting up interviews and social media, Ruiz is in charge of graphics, merchandise and editing. Alongside their diligence in contacting multiple sources at once, the duo have strayed from the traditional format of podcasts.

“Normally with a podcast format you have a live conversation, but we wanted to try speaking to guests in advance and then interject our own opinions,” Peterson says. “We try to keep the main message and what we found most interesting in there. Then we film our intro before or after the interview.”

Unlike mainstream news outlets, “Picket” also puts comical elements in each episode, such as reporting the weather in random American towns like Nowhere, Oklahoma, or Moscow, Idaho.

Whether the two high school sophomores are discussing Puerto Rico becoming the United States’ 51st state or the lingering impacts of the U.S. Congress, both hosts make the podcast environment welcoming for their guests.

New episodes of “Picket” come out every Wednesday and can be streamed anywhere podcasts are available.