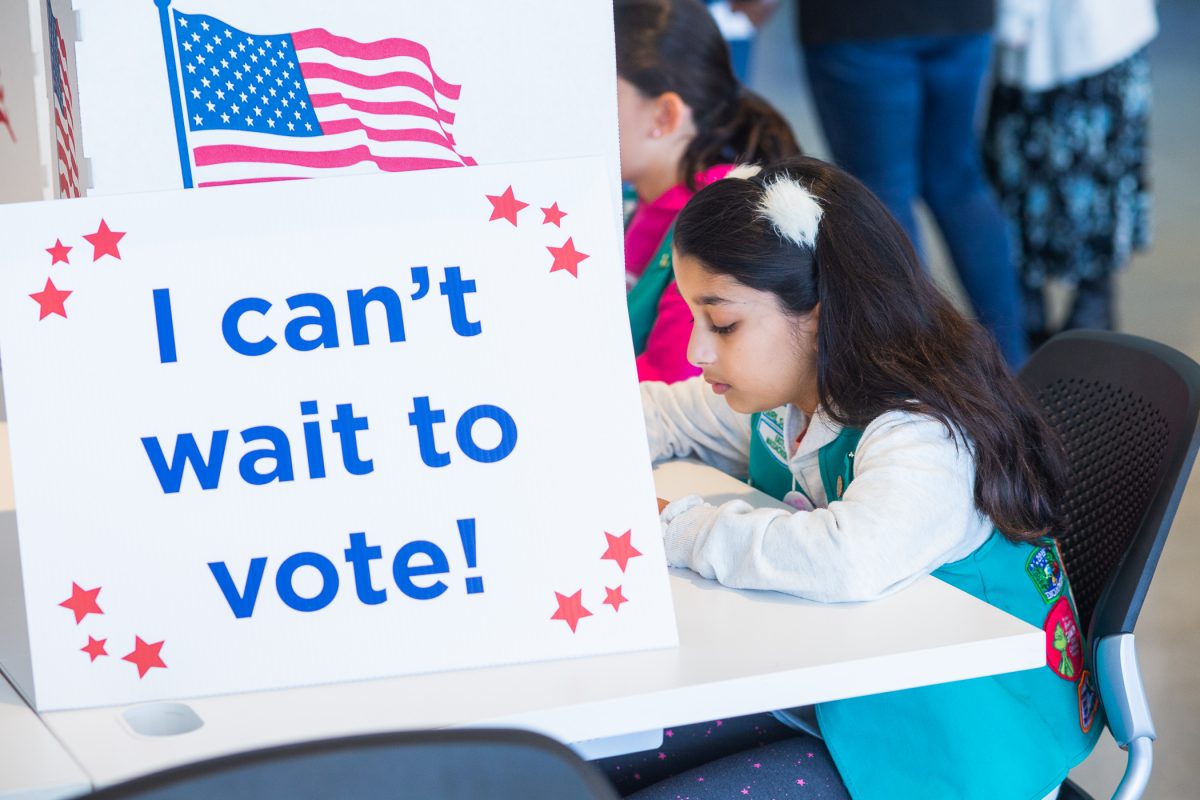 Voting is a basic element of the foundation of democracy, a privilege that American citizens are granted, and with every election, a new group of 18-year-olds are finally qualified to vote. Locally, these new voters were able to share their voice in government this week, a feat both novel and exciting.

“I was extremely excited to vote because I was looking forward to taking part in this centuries-old tradition,” says Lance Bauer, an 18-year-old Stevenson High School graduate. “Receiving the responsibility of voting is, in a large sense, fulfilling your first duties as an adult.”

For many, voting acts as a stepping stone to adulthood, a symbol of growing up and gaining a newfound sense of responsibility.

“It’s a sort of coming of age ritual in our country once you turn 18, and it’s a significant step of growing up,” Carmel High senior William Langmann says.

Not only is voting a unique part of adulthood, but it also enables individuals to have a voice in government.

“Voting is important as it is the easiest way for individuals to get involved with politics and directly influence the government,” 2020 CHS graduate Jack Connolly says.

Participating in local, state and federal government ideally requires individuals who are well-informed on the issues set before them. This particularly contentious presidential election garnered a lot of interest. However, voters did not only vote for the presidential candidate: They voted on state propositions, on state congress members and on local leadership positions. This begs the question: Were young voters prepared for this responsibility?

Felicia Lademan, a 2020 CHS graduate currently studying at University of California, Santa Cruz, explains that she read through the propositions and did research on local elections.

“I hope I made a positive impact by knowing exactly what I’m voting for and why,” Lademan says.

Understanding some concepts on the ballot, like numerous propositions, can present challenges for a new voter.

“There are a few propositions that were still confusing even after doing research,” says Ella Fenstermaker, a student at U.C. Davis.“I wouldn’t say I completely understood everything.”

Across the United States, most high school students are required to enroll in a government class to gain a broader understanding of how the U.S. government operates and other important civic topics. Brent Silva, who teaches AP Government and Politics at CHS, explains that he aims to ensure students learn the importance of voting.

“You try to prepare them to vote from the standpoint of giving them the mentality that it is an important process and a privilege to be able to have a say in the political environment,” Silva notes. “It’s more instilling the belief that they should get involved.”

In previous elections, young voters from 18 to 29 years old failed to turn out as demonstrated in the 2016 presidential election when less than 50% voted. This lack of youth participation likely affected that election’s outcome.

“The vote is precious,” civil rights leader John Lewis once said. “It is the most powerful non-violent tool we have in a democratic society, and we must use it.”

And some young voters do just that.

“The entirety of my senior year government class was spent researching candidates and their beliefs and discovering my beliefs and opinions on topics,” says Jackie Martinez, a 2020 Pioneer High School (San Jose) graduate now attending Cal State Monterey Bay, “so I was well-prepared.”

Langman notes that he is well aware his political beliefs have been influenced by his environment, and he strives to develop his own opinions.

“I’m a product of the environment in which I was raised, meaning that my moral beliefs and core values are similar to those around me,” Langmann points out. “That being said, I’m careful to not be swayed by the political opinions of my parents or friends, and try to form my own opinions.”

In Tuesday’s election, more than 150 million Americans voted, making this the greatest turnout in an election in over a century. For the first time, 18-year-olds were able to vote and share their own unique voices in the government of the United States.