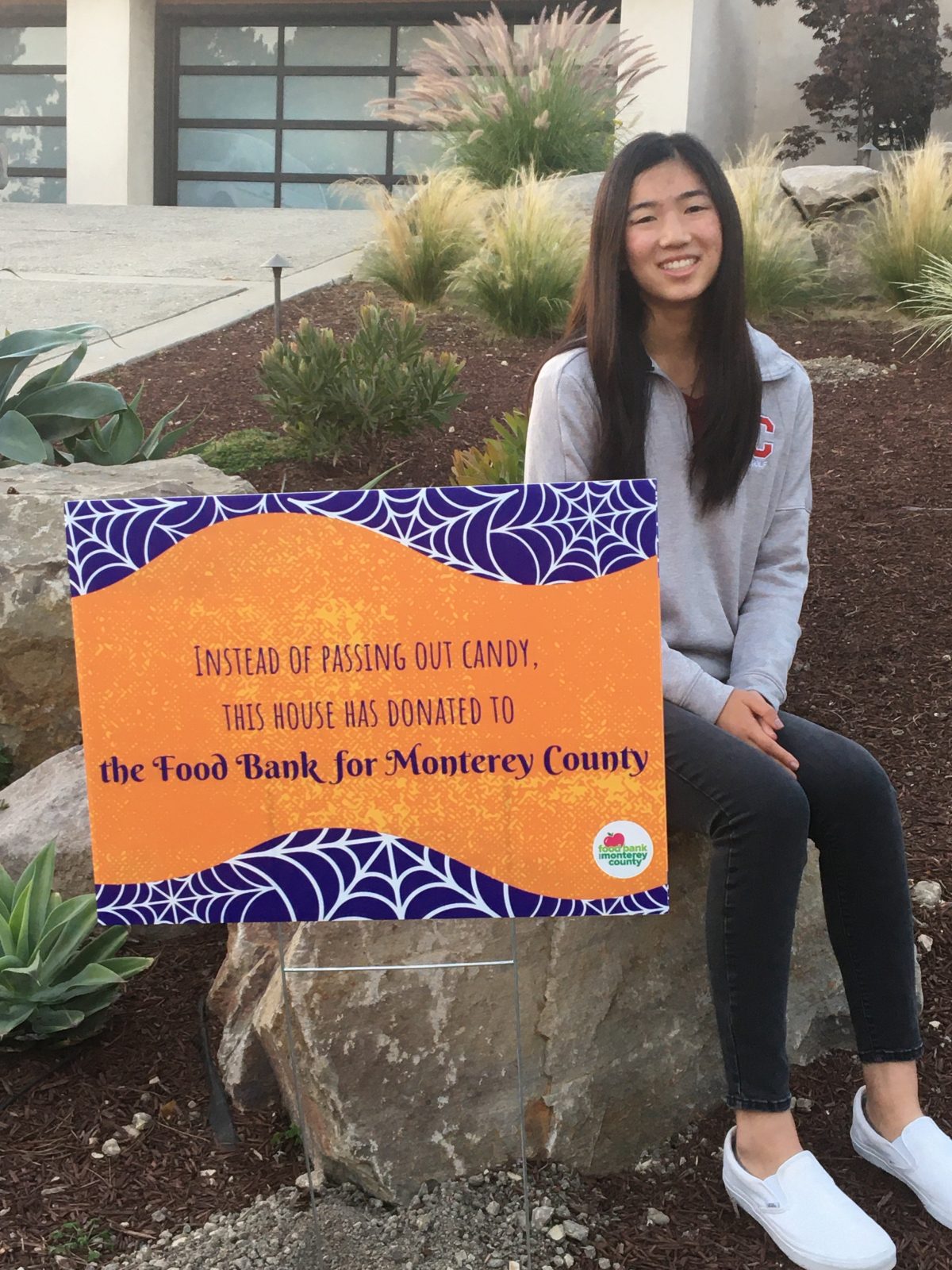 This Club Saves Lives, a Carmel High School community service club, ran a Halloween fundraiser for the Food Bank for Monterey County last week to feed families around the peninsula.

With the money that would normally be spent on candy, people could instead donate to the food bank by buying a Halloween-themed yard sign from the club for $25. The response was bigger than anyone had expected, showing that many Carmel families were hesitant to trick or treat due to possible health risks. In a little over a week, 160 signs were sold, and $3,000 was raised in total, according to the club adviser Leigh Cambra.

“I am really excited about the success of the project,” Cambra says, “but I hope we don’t have to do it again and everyone is back to regular trick-or-treating next year.”

Junior Shannon Ikemiya, the secretary-treasurer of This Club Saves Lives, stepped up to the task of designing the signs. Three different designs were created, and people voted on their favorites.

“Having learned graphic design, I thought it would be a fun project to help with,” Ikemiya says.

Cambra got the idea from Peter Hiller, a resident of Mission Fields, the hotspot for trick-or-treaters all around the area. Hiller told Cambra he was planning to put out a yard sign explaining that he was donating instead of passing out candy, and the club took the idea to the next step, imagining a fundraiser to sell signs to others who weren’t comfortable trick-or-treating.

“The club seemed to really embrace the idea, and I’m thrilled,” Hiller says. “I saw an email that they raised $3,000 that was going to the food bank. That’s way bigger than anything I expected.”

Overall, the fundraiser was a huge success, and Cambra says that This Club Saves Lives would love to do similar projects to bring good into the community, despite special events like Halloween being canceled.

“I think a lot of us went into this thinking, ‘Oh, community service is going to be really hard,’” Cambra says. “Actually, there’s a lot of cool things you can do, and I think it’s pushing us to be better.”

This Club Saves Lives has certainly seized the opportunity to help the community.

Film adaptation of Roald Dahl’s ‘The Witches’ starts out funny, ends up boring and annoying