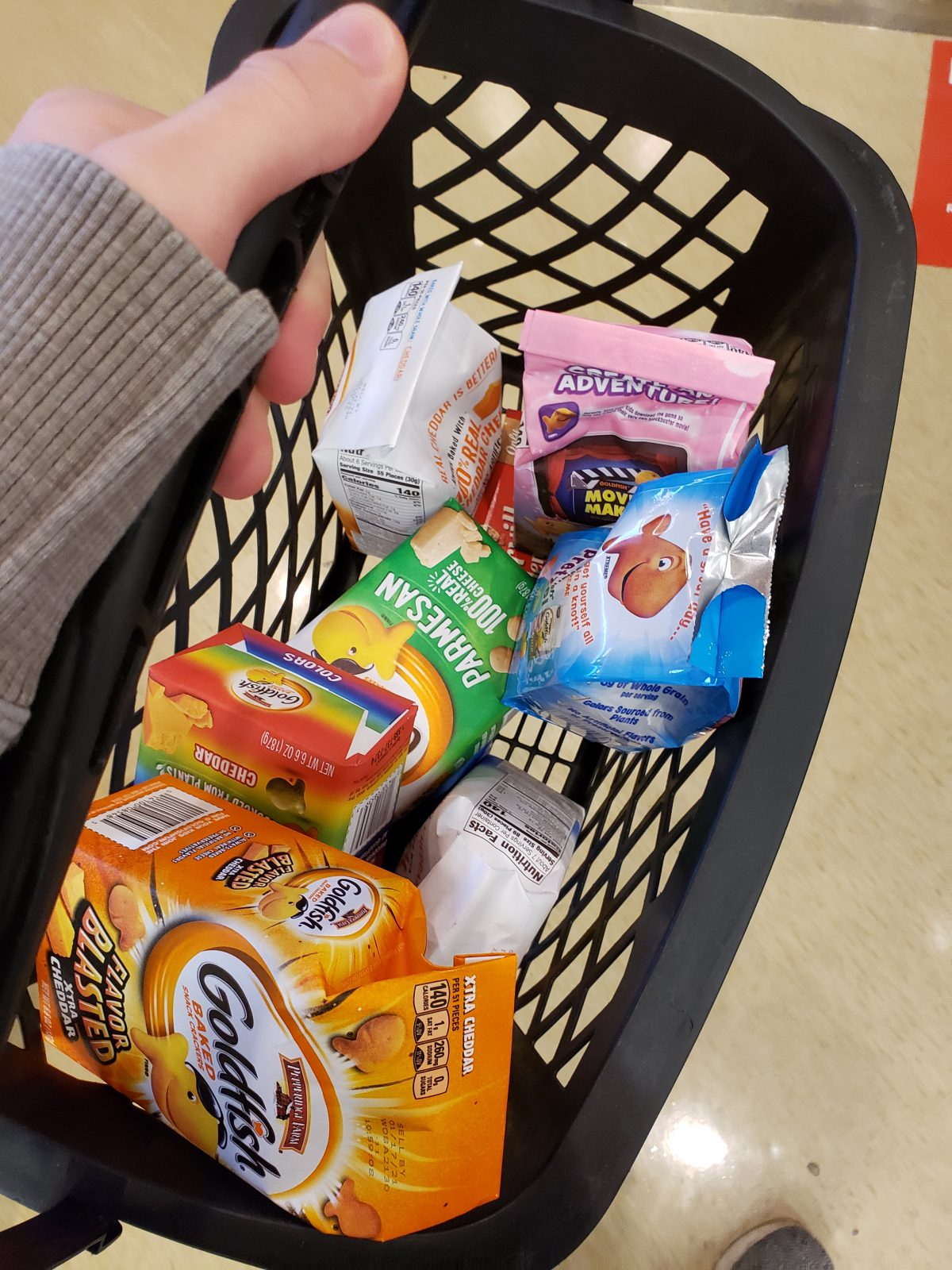 My name is Martin Sevcik, and I am a connoisseur. A connoisseur in what, you ask? So many things. I know more about everything than you ever will. Luckily, I’ve decided (with appropriate compensation from The Sandpiper) to share some of this knowledge with the masses. For my first task, I will review the lineup of Goldfish flavors available at most Safeway stores. I hope this helps you develop better tastes.

Classic Goldfish are the backbone of this country. They are universally enjoyed, and they’ve fed dozens of generations of Americans (citation needed). But here’s the problem: No one ever craves Classic Goldfish. They’re good, but they’re just a bit too salty to be great. Their saving grace is their packaging: You can purchase a massive carton of the cheddar croutons for a mere pittance. That value and convenient packaging saves them from being just average in the eyes of Goldfish fans like myself.

The typical Goldfish enjoyer might be delighted by the pretty colors, but you and I are more than mere plebeians. We are able to enjoy the finer things in life, and our taste buds are so sophisticated that they can distinguish the colors by taste. The purple ones have a delectable hint of beetroot, and the orange ones can’t help but delight the tongue with carrot flavor. My diet consists almost entirely of Goldfish, so this is also an excellent way to get veggies into my system.

Princess Goldfish are a sleeper hit. They are a bit less dense on the inside than your typical Goldfish, breaking into flakier and lighter pieces. They glide around your mouth, disseminating a subtly sweet flavor as it frolics through the fields of taste buds. I imagine that the fish sings a little diddy as it goes, leaving behind a pleasant atmosphere of lightly salted bliss before it gets crushed by my teeth and its little life comes to an end. I like these a lot.

You might be wondering at this point whether there are any Goldfish flavors I actually dislike. Don’t worry, we’ll get to those, but for now we’ll dip into one of the more mediocre flavors. Pepperidge Farm doesn’t need to expand into the graham cracker industry, and this small package of disappointment is a perfect explanation why. They’re overly sweet, with graham cracker residue getting everywhere after just a few pieces. While not a total trainwreck, they’re missing the subtlety that make graham crackers so good in the first place. Stick to cheese snacks, Mr. Goldfish.

This is a pleasant sidegrade to your Classic Goldfish, and it’s perhaps the healthiest snack in the Goldfish family. It’s a little denser than classic Goldfish, giving it a hearty crunch that is paired beautifully with a different, healthier-tasting flavor. They aren’t as fabulous as Goldfish Colors, of course, but this healthier variant is a worthy alternative to the all-American classic.

Sometimes the original is best. When it comes to Star Wars, M&Ms and Cheerios, nothing can truly beat that first iteration. That’s not the case with Original Goldfish though. These taste like oyster crackers. These are almost as bad as the original sin.

I love tiny things. In fact, my love for the minute may be why I became a Goldfish connoisseur all those years ago. It was a small community for a niche snack at the time, the perfect environment for a youth to come of age. Those were the good old days, before those Flavor-Blasted-loving Zoomers came in here and ruined everything. Anyways, teeny tiny Goldfish should be right up my alley, but these hollow little shells of cheese leave me feeling hollow inside.

The reason I dislike this flavor is in the name: parmesan cheese. Pizza toppings are an odd place to get inspiration from, and it shows in the frankly disgusting aroma and taste of this bastard child of a flavor. This is cat food, not a genuine product from Pepperidge Farm. It’s only saved by its texture. These crackers somehow melt in your mouth, which is a wild compliment to give. Unfortunately, this unique trait had to be attached to one of the worst flavors ever. If I were the president of the Goldfish Fan Club, I’d hold a referendum to get this flavor removed. Guess I’ll have to wait for the next election cycle in 2037…

This might be my most controversial opinion in this entire review, but it’s a truth that needs to be stated. Flavor Blasted Goldfish are…just OK. Look, I get the appeal, but Goldfish are so good because of their authenticity. They are a good cracker first, and they don’t need to rely on gimmicks to get ahead. And that’s why I dislike Flavor Blasted as a concept: They’re trying to be Cheetos or Pirate’s Booty, but it just doesn’t work. They mask the good flavor of Goldfish behind artificial cheese dust. Their taste doesn’t matter as much as the principle behind them, and as a connoisseur, they break my heart.