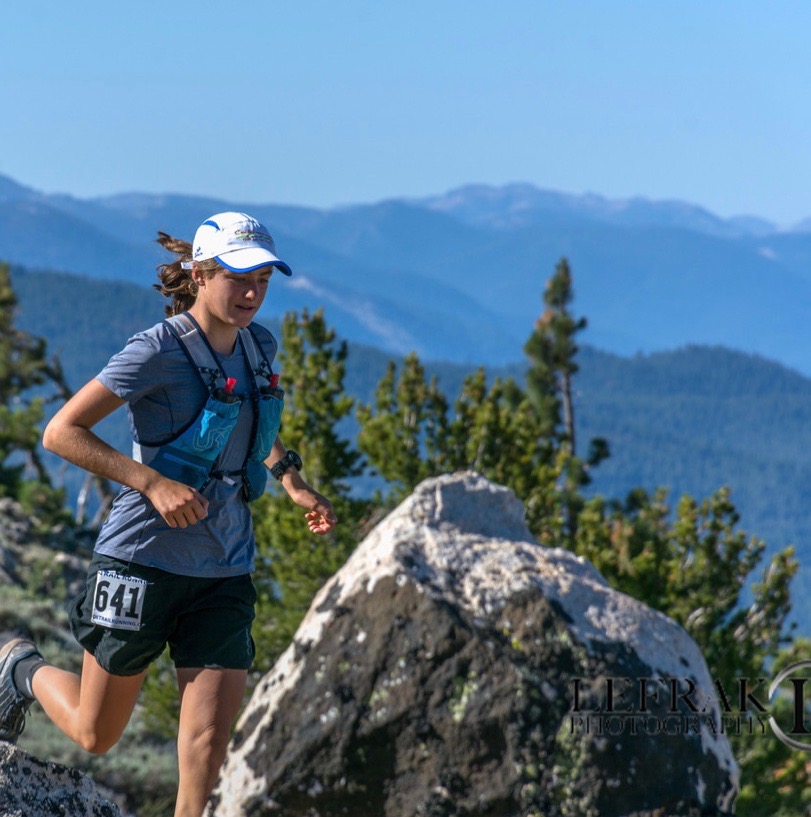 Despite current circumstances, which have canceled many athletic events, Hobson completed another 50-mile segment of the Tahoe Rim Trail this summer, running at 10,000 feet in elevation with men four times her age. Hobson is currently thinking about signing up for a 100-kilometer race and is already working on training for such a significant feat.

This dedicated distance runner is not dominating the usual fall cross-country season, but this has not been a problem for her. While she has had distance coaches in the past, Hobson is used to self-coaching. She says that quarantine has allowed her to dive deeper into her sport, given the safety of being outdoors and the freedom of online school.

Hobson has been running since middle school and discovered that she quite likes the sport. She says that she is not really sure why she decided to start running.

“I went on a run and it was fun and I kept doing it,” she says. “I kept wanting to go farther and farther.”

Some might wonder how Hobson is able to have such an intense passion for running at such a young age, but this driven sophomore just likes going outside, having fun and seeing new, beautiful places when she runs.

Her passion is not for the monotonous circles of a track, but rather for the diverse and rocky terrain of the mountain roads and forest trails. She runs 40 to 50 miles per week, incorporating a speed workout on Tuesdays and long trail runs on the weekends, while spending the rest of the days going on “short runs” of six to seven miles.

Carmel High’s cross-country coach Whit Rambach heard about this young superstar when she was in middle school because of her exceptional speed and stamina. He had the opportunity to coach Hobson as a freshman last year and immediately recognized her as a unique athlete.

“She conducts herself like she is in college,” Rambach says. “Her teammates see her and watch her. Marina is consistent in having a hard work ethic and a good attitude, which was good for the whole team.”

Hobson’s distance preference requires an incredible amount of mental strength. She focuses on the race in segments rather than looking at the big picture, as thinking about the whole race can feel overwhelming. Her ability to run through the pain of the race stems from a passion for the sport and a determination to push for greater distance.

“When her mind is set to something there is a one hundred percent guarantee that it will be done,” Rambach says.

Indeed, many more miles lie ahead for Marina Hobson, which she is more than eager to cover in due course.