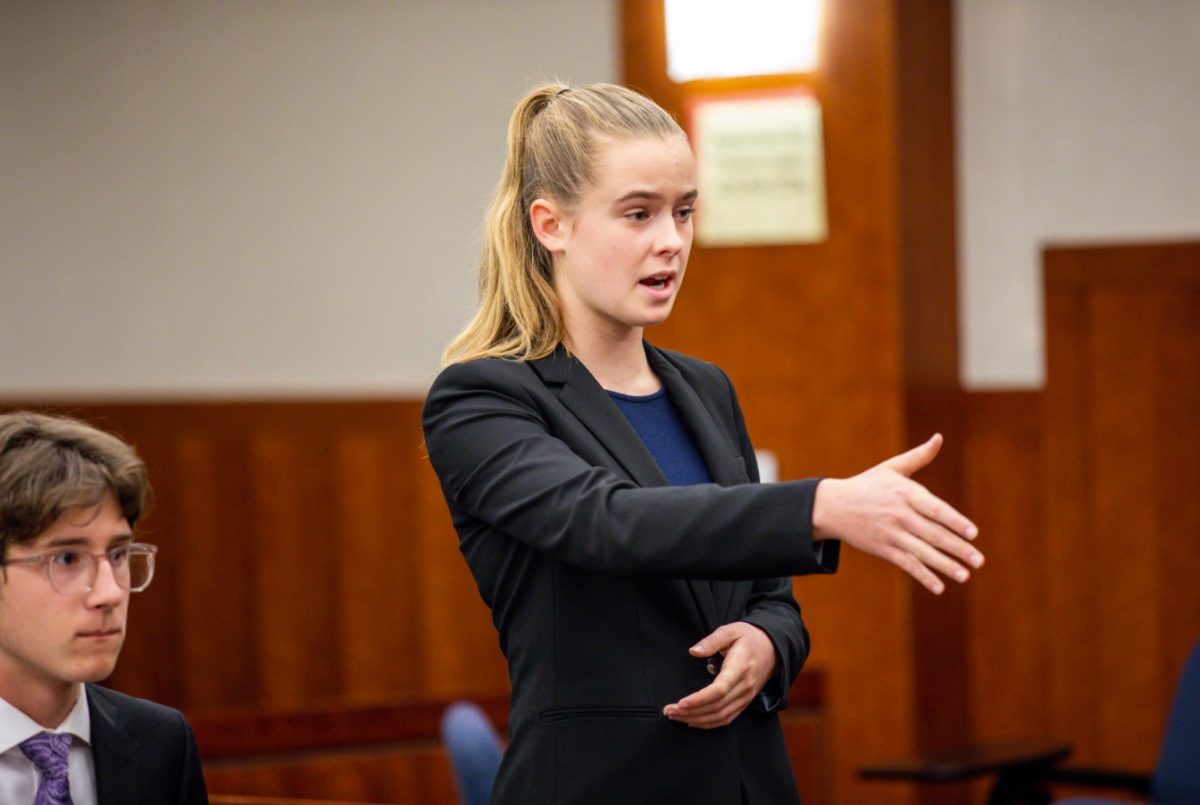 Carmel High School senior Sierra Seifert is devoting her last year of high school to leading her mock trial team online and bringing students together by preparing for Empire @ Home, a version of the annual Empire mock trial competition that allows students to participate from home.

Over summer break, the team decided that they wouldn’t let the coronavirus take mock trial away from them. The team now meets multiple times a week through Zoom to work on cases and to get some social interaction.

“I feel like mock trial’s the only place where I can feel like I’m really talking to people again, opposed to just kind of staring at a screen all day,” Seifert says.

Bill Schrier, a CHS teacher who has 16 years of experience coaching mock trial, credits much of the team’s ability to persist in quarantine to Seifert’s strong leadership and consideration for others.

“She is very conscientious, kind and selfless,” Schrier notes. “I felt like she was well-suited to the task, and—I gotta tell you—she’s doing so well, so well under very difficult circumstances.”

Schrier says that, in addition to her regular duties as president, Seifert even reminds him to do things, such as getting reimbursed for things he purchases for mock trial, which helps him have peace of mind.

Seifert and Schrier agree that mock trial isn’t the same this year, but both believe it’s a worthwhile pursuit.

“We were talking today about the joy that comes from providing opportunities for new people and also having new people come into the program and conveying to them how much fun it is,” Schrier says.

The coach and the club president are realizing now that mock trial and its best aspects are not going to go away just because the team can not meet in person.

“Just the other day, I was the proudest I’ve ever been thus far in the season to see us come together…just spending an hour talking,” Seifert says. “We’re building a team, and I think that’s the most important thing to me. I saw that the other day, which made me really happy.”

Seifert joined mock trial her freshman year. She did not intend to become the president or participate for four years, but things changed with time.

“Mock trial kind of became my home, and the people on the team became my best friends,” Seifert says.

Empire @ Home will start this year Oct. 28 in an experimental online format. While highly anticipated, Seifert believes the competition and its results aren’t as meaningful as the process leading up to them.

Schrier didn’t know how mock trial would fare when quarantine began, but that was before over 30 students came together, prepared a case and bonded without a single in-person meeting.

“I think we’re well-suited to survive the pandemic,” Schrier says with confidence.