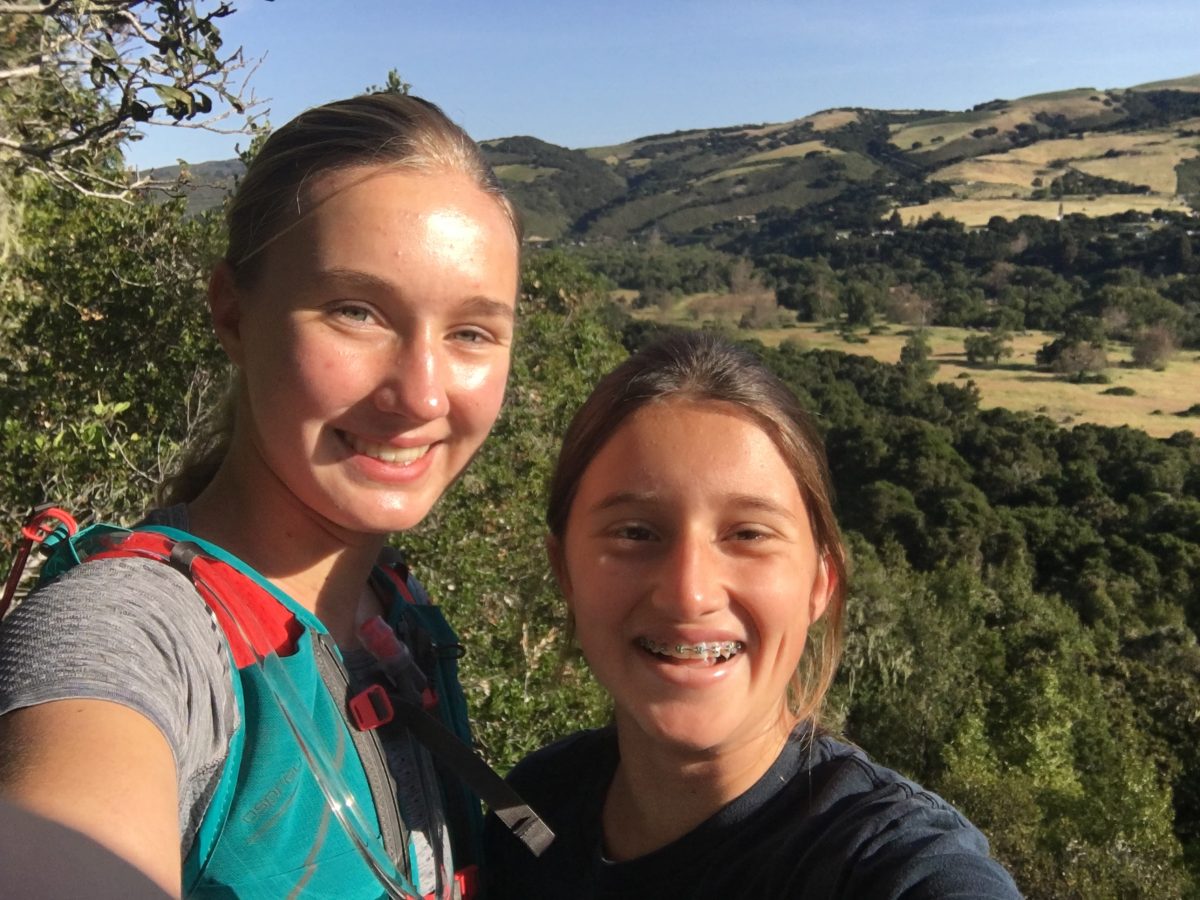 Due to fall high school sports being postponed, Sophia Davi, a Carmel High School junior and two-year member of the cross-country team, has been gathering friends on her own for socially distanced runs to try to preserve the spirit and community of the team.

The group of three to six runners meet once or twice a week, exercising and stretching six feet apart and staggering start times, running three to six miles on a normal day. Masks are worn before and after workouts, and the workouts function entirely independent of CHS athletics.

“Running is special to me because of the unique community that it has and the connection it gives you to other people,” Davi says. “This isn’t official practice. It’s just a group of people who share a passion for running getting together in a safe manner.”

Last year, the CHS girls’ cross-country team made it to the Central Coast Section cross-country finals in Crystal Springs, and Davi is confident that they will do well once official sports training starts in December, if everything goes according to plan.

“I think it’s great that she’s being proactive,” says Whit Rambach, Davi’s cross-country coach. “She has a very friendly personality, and she’s approachable and open, and I think that’s attractive to a lot of people because they can open up to her. She’s what I would call a natural.”

“They’re super nice and really good runners,” Eyjolfsdottir says about the group. “Mostly, I want to stay in shape and be ready for cross-country, track and soccer seasons when we return to school. However, there is also an enjoyable aspect where I get to run with my friends or family or even when I’m alone and I still have fun.”

People like Eyjolfsdottir and the Davis are realizing the importance of preserving their passions during quarantine.

“I like to think that we do have some control over what gets stopped and what doesn’t, especially if we work hard to find ways to stay safe, but still be able to do the things we love doing,” Sophia says. “I really enjoy the interaction with everyone even if it’s socially distanced because they’re really amazing people, and I’m so happy to be around them. New people are welcome to come if they want!”

Even in a state of disorder and isolation, Davi remains optimistic and continues to encourage others.