Carmel High freshman Stella Foster could be seen behind the counter at Coast Big Sur Cafe on the weekends during her eight-hour shifts, taking drink orders and busing tables. She had been saving money to buy a car for her upcoming 16th birthday, as well as reserving some of her paycheck for her future college tuition. Since the shelter-in-place order was put in place, though, she has been unable to work, stalling her savings for her future endeavors.

“Quarantine has put my income on hold and disrupted my plans for buying a car,” Foster says. “It feels really strange to not be working anymore because it became a big part of my weekly routine.”

Whether CHS teens found work at local restaurants, at coffee shops or by doing non-contract jobs, such as babysitting or pet-sitting, they were at least partially dependent on that income. According to the U.S. Department of Labor blog, approximately 34% of all high school students are a part of the workforce.

Forty-five of seventy-two CHS students that responded to an online survey reported that they had worked this school year, and the majority of students described their primary motivation for working as saving or spending money. According to Lisa Jones, the CHS assistant principals’ secretary, 94 CHS students currently have a worker’s permit, though administrators note that many teenagers are most likely working without one or are at the legal working age.

“I wanted to bring some structure to my life and save money for college and just for spending,” notes CHS junior Hanna Giannini, who has been working at Sur Restaurant since January. “Quarantine really interrupted my saving habits. I have a lot of goals for saving by the end of high school.”

Like Giannini, students who are reliant on their jobs for college tuition have found themselves in a difficult position. Many of the positions that teens typically fill require human contact or, at the very least, close interaction. With a mandatory six-foot distance from all non-immediate family members as well as a shut-down of non-essential businesses, some students are unable to perform their old jobs.

Other students were working as interns at local businesses, an opportunity that has also been cut short.

“I want to go into the medical field so that motivated me to start working at the hospital,” says freshman Sarah Schmidt, who works in the nursery at the Community Hospital of the Monterey Peninsula. “I haven’t been able to work because of COVID-19, which is pretty weird because I had been working pretty frequently. I miss it a lot.”

Schmidt started the application process to volunteer at the hospital in June 2019, but did not begin until September. At CHOMP, her job was to do paperwork while nurses helped new parents, but she notes that she loved getting to watch people interact with the babies and how happy the new families were. She was a volunteer during the school week and would go to the hospital after the seventh period bell rang in hopes of learning more about being a part of the medical field.

By contrast, some CHS students work for the financial benefit of their families, a stream of income that, for some, has been cut off. Teenagers whose parents were laid off or are unable to work during the shelter in place have had to find innovative ways to support their families.

“Before quarantine, I was saving for a car. Now I’m not saving as much as I used to because I’m trying to help my dad out with the bills, but I’m also not spending money that I make because I’m not shopping,” CHS freshman Aria Moya explains. “I’m still working, mainly odd jobs like delivering groceries, and I’ve taken up a part-time job at a restaurant.”

Other local teenagers have used their skills to make and sell products as a unique form of income.

Ry Champagne, a CHS junior, has combined his craftsmanship and business sense to make gopher-proof planter boxes that he has been selling around the peninsula.

“I have been reading more books about money and trying to learn how to deal with it better, so I started working to save money,” says Champagne. “I go get the wood and other materials from Home Depot, and then at home I measure out all the wood and cut it to size. Then basically I screw the pieces together and staple gopher wire on the bottom.”

Meanwhile, students who were employed by essential businesses have continued to work during quarantine.

“When I first started working, tensions were a lot higher with coronavirus than they are now so you’d see a lot more upset and agitated people,” says CHS senior Kendra Hyles, who currently works at Lucky Supermarket. “Now that masks are mandated, I feel a lot more comfortable working. We take a lot of safety precautions to keep risk low and everything is always cleaned.”

Hyles has tried to make the best out of a difficult situation, explaining that she can work more hours, thus saving more money for college.

Businesses that were temporarily closed but have since reopened as a result of the revised shelter-in-place order have returned jobs to a select few students.

“We just opened our lobby so people can come inside and order coffee, though social distancing rules still apply,” says senior Hanna Kamler, a Starbucks barista. “I was promised the job when the state started to reopen, so I was never nervous about losing my job.”

Similar to the group of teenagers who are employed during the pandemic, some students have noted that being quarantined has been financially beneficial. Those that still have a job note spending less money, which they attribute to the fact that they are no longer going out with friends.

“Quarantine helped me not spend as much money because my favorite shops are closed,” explains CHS sophomore RC Valdes, currently employed by Mountain Mike’s Pizza, who has held several other jobs this school year. “I used to go out almost every night to grab some grub with the boys, and I spent so much money from that, but now I can’t see the boys anymore, so I’m not spending my money.”

Though COVID-19 has had a varied impact on the financial and employment statuses of CHS teens, local adolescents have continued to be resilient in the face of adversity, in hopes of finding solutions to their individualized situations. 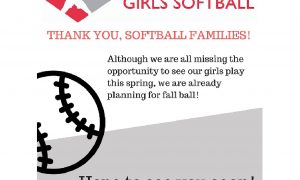