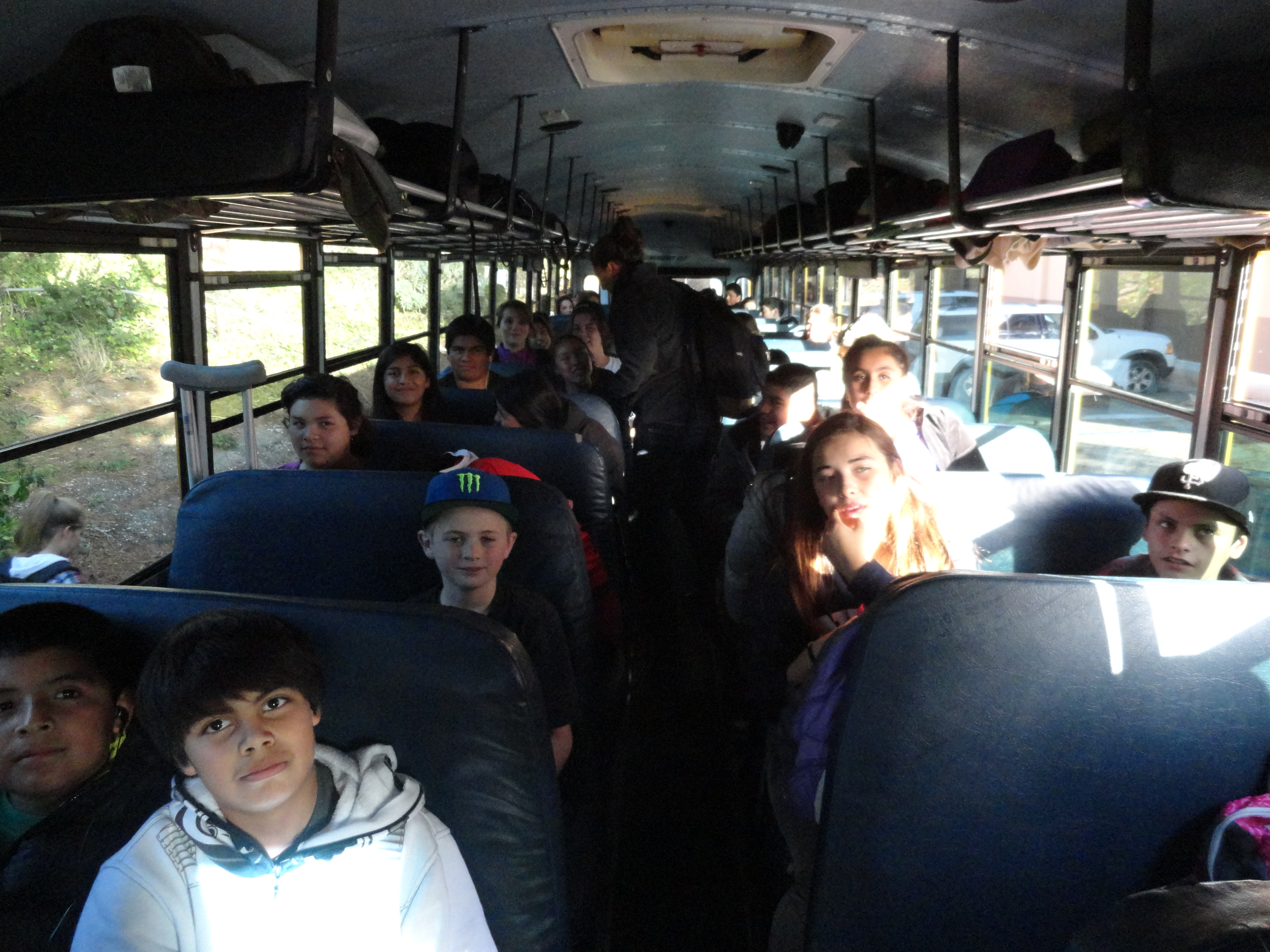 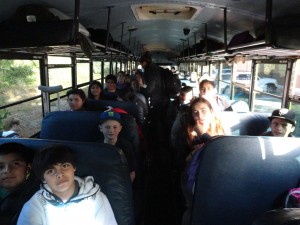 An hour in the mornings. An hour and twenty minutes in the afternoons.

Such is the time it takes to follow the bus route from Cachagua to Carmel High, or vice versa, and such is the time students travel every day in order to get where they need to be.

Now, at first, this may seem like a preposterous or painful amount of time, but take a ride on Bus 15 in the afternoon as I did, and you won’t pay attention to the almost 23 miles you travel. Instead, you will see a lively bus, emanating excitement and positivity, filled with students who make an hour and a half seem more like half an hour.

Though there are no more than 20 students riding the bus—save those who are dropped off at the first stop at CMS—there is a distinct separation of characters. There are some rowdy kids in the back, a few more timid students scattered the middle and more lively characters in the front.

One of the “rowdies” asks studying freshman Hans Voegeli if he would like to sit with them.

“No thanks. I’m scared to sit back there!” Voegeli jokes.

The afternoon bus is sparsely populated, much different from the morning’s crowded conditions.

Some students study, some socialize, some even sing, tell jokes or flock to ask questions of the reporter who is clearly not in the norm of their daily routines.

“You’re scaring her” is a phrase I hear often as I’m approached on my bus ride, but there is no fear, just entertainment and intrigue.

Carmel Middle School student Sam Eagle, who rides the bus for about 45 minutes in the morning, notes that there are usually three people to a seat in the mornings.

However, there is an upside to so many bodies on a bus: the warmth.

“Out where we live, it’s so cold in the morning…but you get used to the cold,” CMS student Summer Timmons says, “and the turns.” She smiles.

Bus 15’s driver, Trish Collins, tries to make the bus as comfortable as possible for students. As soon as she boards the bus in the mornings, she turns on the heater to provide a comfortable environment for the 6:15 a.m. first stop at the junction of Tassahara Road and Cachagua Road.

And as for the turns Timmons mentions, they are only likely to affect the faint of heart. As a passenger, I notice the turns are entirely bearable, sort of like carnival rides for toddlers, toned down so much that at some point you hardly even realize you’re riding them.

“I feel much safer driving along this road in a bus,” Collins says towards the end of the afternoon route. “There are cars driving fast through here all the time.”

The last bus stop of the day is at Camp Stephanie, a small community past the Cachagua General Store with a small school surrounded by trees.

“These kids come out to the little school because their parents work there,” says Collins, a native of Carmel Valley. “I can relate to all the kids because I know their parents.”

Collins, like many of the students on Bus 15, stayed in the Carmel Unified School District through her senior year of high school.

Cachagua is not only known for its small general store and quaint, close-knit community, but also for the incredible view that envelopes Bus 15 with nature.

Whether traveling to or from Carmel High, foliage peppers the breath-taking ride, and every once in a while you might see something else of interest.

“I love the route because of the wildlife,” Collins tells. “I don’t know if you saw…but when we were driving up here, there was a coyote standing on a gopher hole waiting for it to come out.”

From the students to the surroundings, the Cachagua bus remains a distinct and integral means of transportation for the Carmel Unified School District.