Carmel Valley residents and working parents Brittany and Larry Kalinowski used to drop their two daughters, seven-year-old Maisie and four-year-old Wiley, off at school and then begin their work days, picking up their daughters in the afternoon while hearing all about their eventful days: the games they played, what they learned and what their friends were up to. Now both parents are juggling handling what amounts to homeschooling for the girls while balancing working from home.

For older middle school and high school students–those capable of self-regulation when it comes to their schooling–online learning has remained a difficult, yet manageable solution in the absence of in-person schooling. But for families with children in elementary school or younger, this kind of autonomous learning model is unachievable with the age level of their children, and as a result, parents are acting as teachers while simultaneously performing their duties as parental figures and providers in the context of this pandemic.

“If I could just do that only, just focus on the kids and their learning and facilitate the distance learning plan, I think that it would be a little bit easier,” says Brittany Kalinowski, whose two daughters attend Tularcitos Elementary and Potrero Canyon School. “But that being said, my relationship with them is parent-child which is really different than stepping in to be their teacher.”

Brittany is a speech therapist, helping kids who are late to talking or who have developed stutters. She and her husband are both working from home, and now she holds online therapy sessions while also balancing being the mother of Maisie and Wiley. The girls are currently in second grade and preschool.

Jennifer Metcalf, a financial advisor working from home now, has met several of the same obstacles to being a working parent and, at the same time, to play an active part in her second-grade daughter Shannon’s education.

“I do need to sit there and attend to her when she’s doing her work at all times,” Metcalf says. “I can’t just give her a project and then walk away. I have to be there the whole time to answer her questions and help her learn.”

Having to micromanage their children’s learning creates difficulties for parents who face the complex reality of having to split their attention among several activities, causing friction in other aspects of a parent’s life, such as work.

“If I’m trying to type an email to a client, I get interrupted every 10 seconds, and my thoughts go back and forth and back and forth, and then I answer her question,” Metcalf explains. “I turn my attention back to my email, and I just force myself to get right back in there to be as effective as I can. And going back and forth a million times in my day is exhausting, but I’m doing okay.”

Parents are also finding that doubling as a parental figure and a teacher can cause difficulties in their relationships with their kids due to the previously separate roles now functioning as one.

Emily Alexis, mother of a first-grade student, has witnessed this trouble with her son Ryan when he learns from her, knowing she is also his mom.

“It was definitely a challenge at first because Ryan struggles with me being both his mom and his teacher,” Alexis says. “The first few weeks were very, very difficult trying to get into a routine of teaching him and also having him have any kind of follow-through without making it a fight to do his work.”

Brittany Kalinowski describes some of the behavioral changes she has seen due to the changes in the learning environment with distance learning as well.

“Because of our roles facilitating the learning and the curriculum, the emotions for everybody have just been intensified, and while something that maybe is a little frustrating in the classroom can get worked through a little faster because you have the peer pressure of kids around you to just kind of keep going or not melt, it’s a different story at home,” she says. “For example, with Maisie, we’re seeing bigger emotions from her, like frustration over something she doesn’t understand, because she can just melt with us and be more free to display those kinds of emotions when, in the classroom, she should probably hold it together a bit more.”

Like many working parents, Metcalf struggles with the pull of the many factors in her life. Her job as a financial advisor requires that she holds video calls with clients, drafts emails, makes phone calls and monitors accounts.

“I’ve forced myself to pretty much multitask all day long because I have no choice,” says Metcalf, “and I just push my brain to work that much harder because I have to.”

Meanwhile, Alexis and her son face a different kind of stress. About a month before the shelter-in-place order, they began quarantining due to Ryan’s medical condition, and Alexis enrolled him in online school.

“It’s pretty difficult because we don’t have a lot of other outlets like swimming or hiking because he’s really not allowed to go out at all because he’s been so sick,” she says. “Our world is very, very small, and we’re really anxious to go out and do normal things like walk on the beach or go sit and have a picnic somewhere.”

While online school has been difficult in the face of isolation, it has also brought connection and socialization for Ryan, explains Alexis, and the two are anxious for what the future might hold for his coming schooling.

“School is ending in two weeks, which is really sad for Ryan because he won’t have anything to look forward to,” Alexis says. “We’re just kind of struggling to see what the summer will bring him. He won’t be able to see any of his friends through Zoom class or his teachers who he has a nice little bond with.”

For many families, this new normal is a shock to an everyday routine, and the future is unclear. Between balancing responsibilities and learning the ropes of homeschooling, this hasn’t been easy on those with children still in elementary school, although there are some positives, says Kalinowski.

“A nice thing is that we all have lunch together, which is very sweet,” Kalinowski says.

The whole family sits outside and shares a meal every day, something they didn’t used to do, and now her two daughters have been able to play together for hours in ways they haven’t been able to before.

While the effects of COVID-19 have caused some turmoil in terms of balancing a routine and juggling responsibilities, families are spending more time together, and some are still finding ways to find a silver lining amid the daily struggles of life in quarantine. 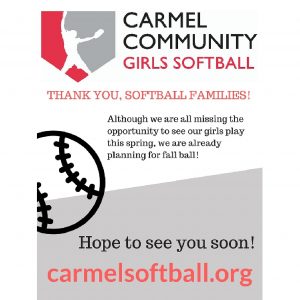