For most, the stay-at-home order is not life-threatening, but for those who regularly attend recovery meetings as a way to combat alcoholism and other conditions, this quarantine could prove to be much more problematic. With this in mind, Alcoholics Anonymous, one of the largest alcoholism recovery groups both nationally and in Monterey County, has transitioned to online video meetings to help its members through these trying times.

At a traditional AA meeting, dozens of members would gather to read selections from program-associated books and discuss them as a group. With the obvious difference of how it is now presented, the content and style of the program remains intact in the online setting.

“The principles are the same,” one 13-year member of the program says. “We stick to the script, and the form and shape of our meetings is the same. I think something is always lost when you can’t be with a person, but I don’t think it’s a huge loss.”

AA has run remote meetings for decades, but never have they been as prominent as they are now, with the online meetings via Zoom becoming the only practical way to keep the program going, something that members are grateful for.

“The value of online meetings is fantastic,” one 30-year member says. “Our disease is one of isolation. You become so isolated that it becomes oppressive. From that point alone, having a place to go and have contact is really important.”

Even though most see the value of the online meetings, many find the transition from physical meetings to virtual meetings difficult.

“There is a different energy when you see someone and you’re able to shake their hand or give them a hug,” says the 13-year member, who attends fewer meetings since the stay-at-home order. “However, as I get used to these online meetings, I find them more helpful. They’re connecting.”

As long as members have an internet connection and a device, they can be a part of these new meetings, making it easier than ever for most members to be involved. Meetings are also accessible for those looking to join, with one quick internet search bringing newcomers to the necessary websites, but whether those newcomers will actually come out is a concern many in the program have.

“I think for new people this must be very hard,” the 13-year member adds. “So often, when people are new, to go with someone to a meeting is so important. To have some way to begin is very important, and now there’s no way to go with someone for the first time.”

One eight-year member highlights another concern with a personal anecdote: She attempted to join a meeting she didn’t typically go to, but when she went on at the scheduled time, she found herself alone in the call, something she had never experienced before at a meeting of any kind.

“Having somebody in this meeting might help an alcoholic quit drinking,” she says. “If some newcomer came and saw nobody on, that probably wouldn’t be the help that the program usually provides.”

Another problem members cite is a lack of personal connection online. Many see the friendly environment of a meeting as a critical part of its appeal, something that is lacking in virtual meetings.

“If you’re a newcomer and you go online, you only get a few snippets of audio from other members,” the 30-year member says. “If it was in-person, after the meeting we would give them a phone number, ask if they’re OK. You can give a level of compassion that isn’t present online. It’s nowhere near as effective.”

These personal connections and physical interactions are an important part of AA, with hand-holding, hugging and handshaking all serving important roles throughout the course of a meeting. Beyond the compassion and emotion expressed through physical contact, seeing one another in person is a key function of the program.

“I think that the absence of physical and social support from the group might lead to more relapses,” the eight-year member says. “People go for breakfast before meetings and see each other in person a lot. It becomes an important social interaction, and I think that is lacking.”

Members of AA are grateful that the program continues, even with the limitations of online meetings. They serve as an important way to keep members connected during a time when they might be at greatest risk.

More information for those interested in joining a free meeting is available at www.aamonterey.org/remote-meetings/. 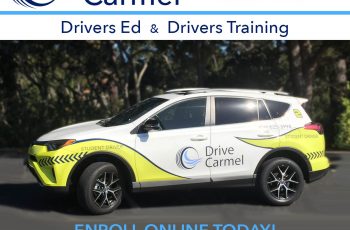