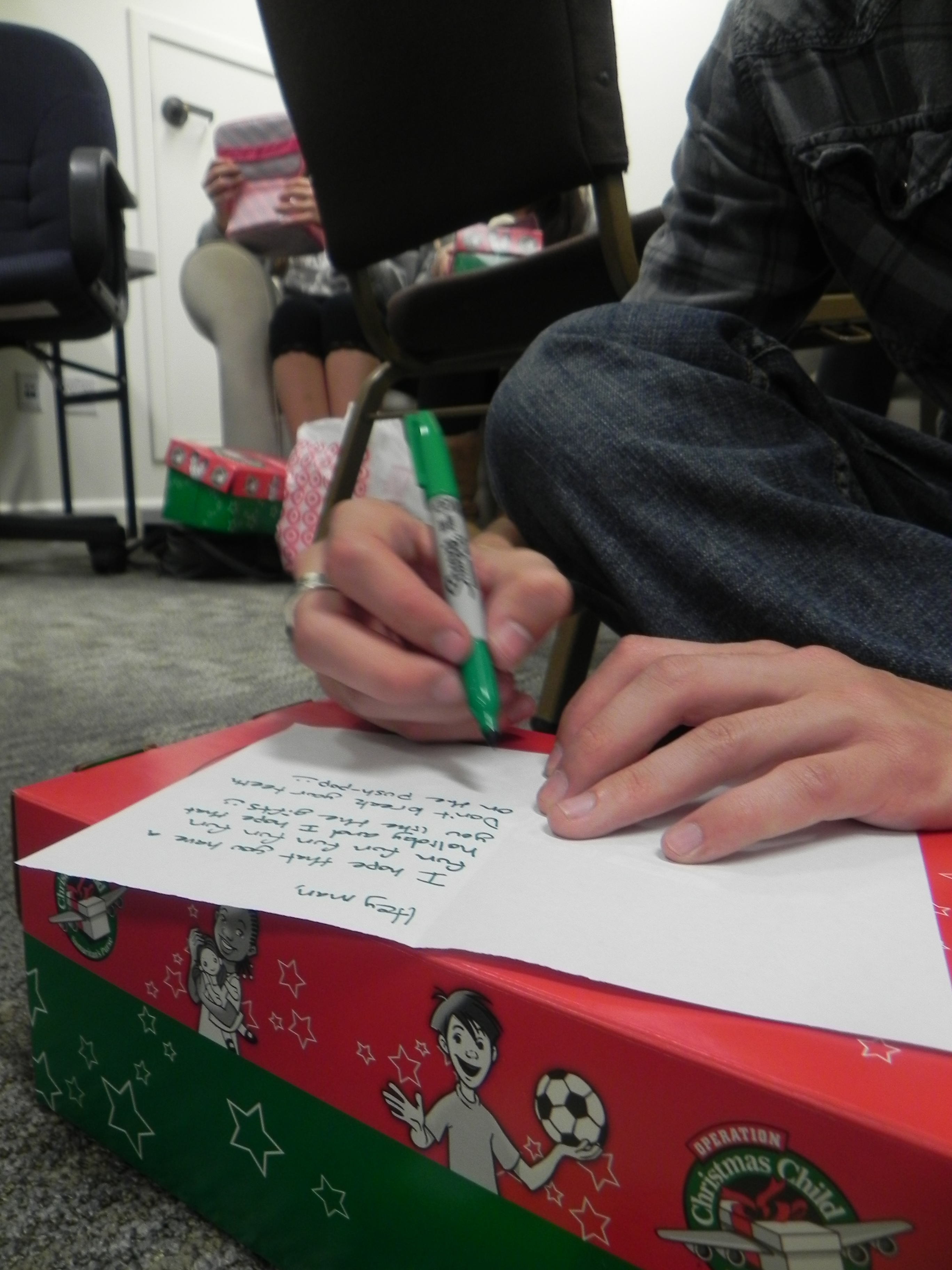 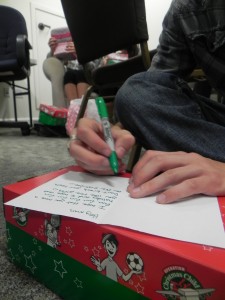 The sound of hurried footsteps echoed monotonously through the aisles of Target, as at least 30 teens from the Carmel Presbyterian Church raced each other to the dollar section.

Christmas socks flew and combo-packs of colorful Barbie stickers and Crayola crayons were snatched in a hurry. Toothbrushes of assorted themes and travel-size bars of soap were instinctively chosen to contribute to the shopping baskets of other hygiene products.

Operation Christmas Child had officially begun on Oct. 31 as CPC’s high school youth group members set out with bright red and green boxes and at least $20 in their pockets.

The teens of CPC were able to make a difference in countless lives of underprivileged children around the world by filling shoeboxes with school supplies, toys and hygiene products. The students who journeyed to Target donated their time and money to create boxes of surprises for children in need.

“We should have just enough money,” said junior Rachel Clifford as she watched a pair of reindeer socks being scanned.

Multicolored toothbrushes, crayons and toys were spread out on the floor of the middle school meeting room at CPC. At least twenty shoeboxes, branded with the Operation Christmas Child logo, were stacked against the wall. Flurries of silver glitter were sprinkled delicately onto homemade Christmas cards, and handwritten notes of love were placed inside each box.

“We have to remember why we’re doing this,” said Justin Noseworthy, one of the youth pastors at CPC. “Without love it’s meaningless.”

This seemed to be the mantra each teen kept in mind as box after box lined the wall, ready to be shipped.

Along with hygiene products and toys, each box had a colorful booklet in its respective language that preaches the gospel and the story of Christ.

“The main mission of Operation Christmas Child is to preach the gospel,” said Mary Van Slyke, the main local coordinator of the peninsula for Christmas Child. “It’s a way to get the gospel to countries that otherwise would not hear about it.”

“There was this story I heard last year from a girl who came and spoke to the church,” CPC youth pastor Bob Spencer said. “She was especially impacted by the organization when she received a shoebox as a child in Russia. It gave her hope and joy, and she even slept with the box.”

The local teens stood back to admire their work as the stacks of shoeboxes continued to grow. The only thing left to do was imagine the children who were going to open those boxes and the smiles on their faces.

“The magnitude of a simple shoebox could be eternal,” she said, smiling at the shoeboxes the youth groups of CPC had put together with love in mind.