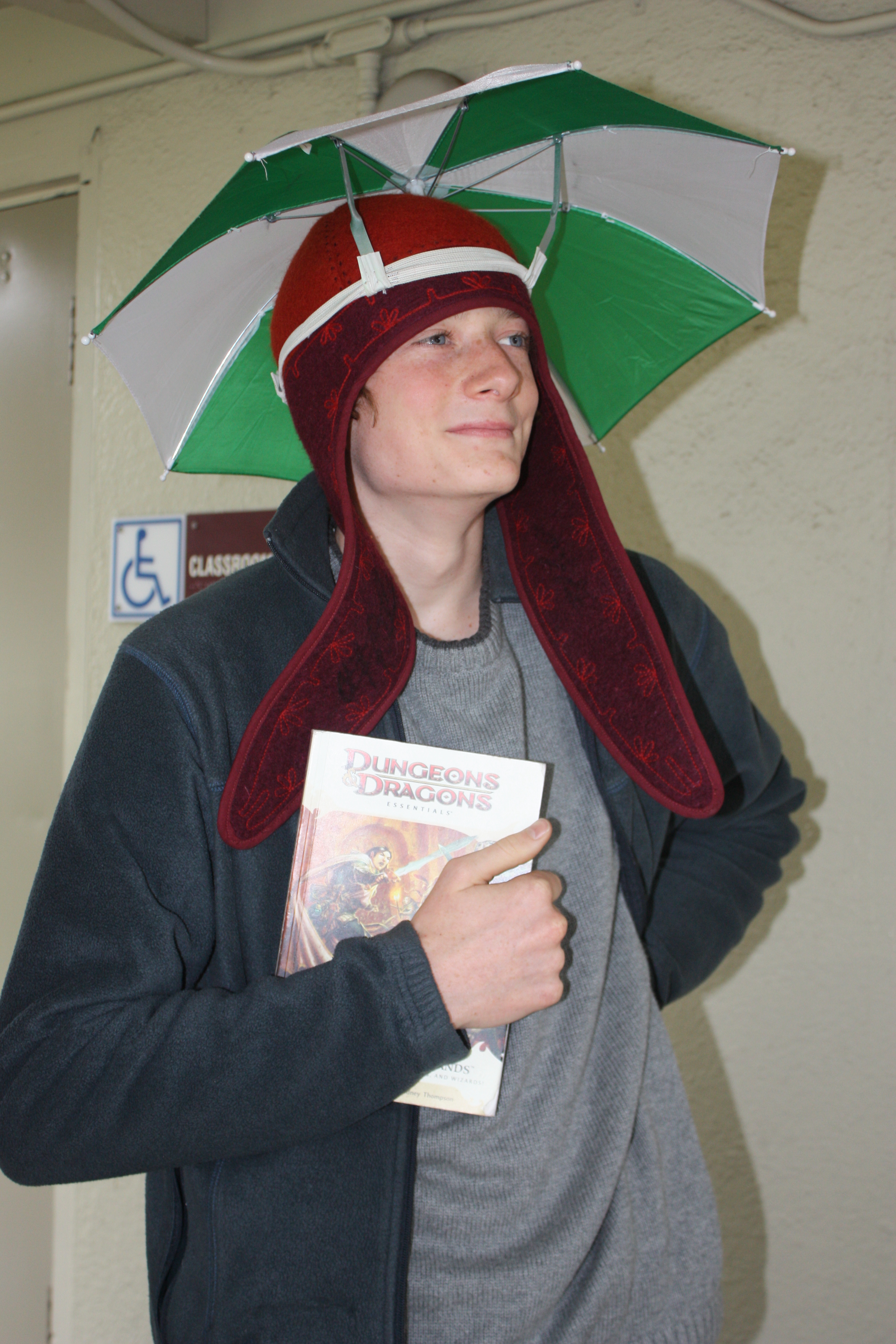 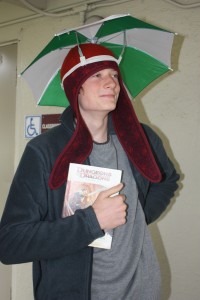 A lanky, freckle-faced boy steps forward, taking a breath before launching into the performance of his self-written monologue for his sixth-period Drama II class.

This is Hans Voegeli, a freshman at Carmel High and a new student to the district.

Students may have spotted him around campus as the kid who wears the really cool hats, and today he sports a white canvas sun hat, one of his less exotic head-toppers.

“It all started at a garage sale about a year ago. I started out with three hats. I only just started collecting two months ago. I get most of them from markets that have imported goods.”

Gems from Voegeli’s collection, which has grown to 33 total, may be seen atop his head nearly every day.  They range in style from a woven bamboo sun hat to an African-print cap to a fleece hat shaped like a fish.

But Voegeli’s variety of hats is not the only thing that is exotic. Before he moved to Carmel this year, Voegeli had seen his fair share of the world.

“I lived in Montana for five years. Before that I lived in Kansas for three years, where I was born.”

Almost as an afterthought, Voegeli nonchalantly mentions living in the Bahamas from ages 5 to 8.

“We lived on a tiny island called San Salvador. It was actually a really cool place to grow up,” Voegeli adds. “[There were] endless places to explore.”

Indeed, it’s easy to picture the 14-year-old boy donning his blue camouflage hat and traipsing through the land of his Carmel Valley home.

“I love the woods. I like to climb trees and whack stuff.”

When Voegeli isn’t conquering the wild, he is busy championing the nerd-dom of Carmel High School. He has started a Dungeons and Dragons club, which meets three days a week during lunch.

It is obvious from his monologue that Voegeli feels pretty strongly about the game.

“A nerd game? Did you just call Dungeons and Dragons a nerd game?” A look of apparent shock overtakes his face as he confronts a would-be D&D hater. “Dungeons and Dragons is an epic game. [You] can be nearly anything…. You could like chop off some goblin’s head, jump on a dragon and, like, cartwheel off.” Hans’ hands slash through the air as he mimes beheading a goblin.

Finishing his monologue by explaining a gruesome battle scene, Voegeli is met by rapturous applause from the Drama II class. Voegeli is only one of two freshmen in the advanced drama course, and the normally quiet boy shocks the class with his eruptive performance.

“Hans is wonderful because he’s happy being who he is,” Drama teacher Michael Jacobs says, “which is the first step in being an actor.”

“I like acting because it’s fun being different people,” Voegeli comments.

It’s clear that Hans enjoys taking on different roles, be it his “snake guy…with on-going poison damage” from Dungeons and Dragons or just a student.

In his monologue, he takes a jibe at any who’ve ever doubted the power of a nerd. To dispel any rumors that D&D isn’t cool, Voegeli says, “Look at me, I play it. Do I look like a nerd?” He glances down at himself and shrugs, the audience laughs. “Well, maybe I’m not the best example, but you get my point.”

Whether he is constructing miniature space ships, traveling the world, battling dragons and goblins or starring in the next school play, Hans Voegeli is an up-and-coming force to be reckoned with at CHS.