After an email to all CUSD families regarding a personnel issue in the CHS athletic department implied mismanagement by athletic director Golden Anderson, Superintendent Barb Dill-Varga and Board President Karl Pallastrini apologized to those in attendance at a Feb. 26 board meeting and issued a formal apology to CUSD families on March 6.

The initial email was in response to complaints posted online by a former CHS coach, who made multiple unfounded claims regarding Anderson, the athletic program and CHS Principal Jon Lyons.

In attendance at the board meeting were members of the CHS staff and faculty, many of whom expressed support of Anderson and questioned the district for sending an email which many read as validating uninvestigated claims.

The Friday afternoon emailed apology by Dill-Varga both expressed regret over the “unintentional pain that [the initial email] created” and attempted to clarify its intention. “The Board, your district and site administrative teams and I are in full support of our high school site administration, teachers and athletic department personnel,” Dill-Varga’s apology read.

Pallastrini also clarified in the meeting that the other four members of the CUSD board were not affiliated with the initial email, as it implied so.

Various members of the CHS faculty expressed dissatisfaction with the tenor and content of the apology Dill-Varga gave at the board meeting, expressing that they thought a formal apology to the district was in order.

“The superintendent’s opening statement had no element of a clear and deliberate apology,” CHS English teacher and basketball coach Hans Schmidt says of the announcement at the Feb 26 meeting.

The coach says his frustration was assuaged by the emailed apology, though he questions why it took the superintendent nearly two weeks to send it out to CUSD families.

Neither Dill-Varga nor Pallastrini could be reached for comment this week. 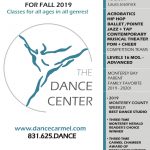