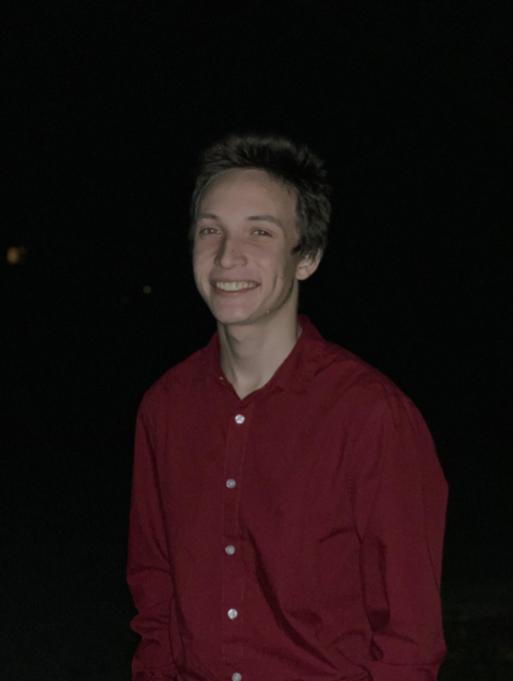 When Carmel High senior Sebastian Hendricks ran for the position of Associated Student Body president after three years as president of his class, he knew what he was getting into. Mostly. Hendricks was prepared for the meetings, planning and leadership required to captain the CHS student body through another successful year.

What came as a surprise, however, was the debate that arose regarding his role on the Carmel Unified School District Board.

The student representative on the school board is the only direct line of access the student body has to the board, providing the opportunity for students to express their opinions. California Education Code states the student representatives may cast a preferential vote—a vote that simply expresses student preference, but does not function as an actual vote—sit with the board and weigh in on issues that come before the board, give a presentation updating the board on campus news, and, if the district chooses to adopt an optional resolution, make motions to be acted upon by the board.

At Carmel High School, this role is given to the ASB president by default.

“I didn’t know I was running for this position when I ran for ASB president,” Hendricks says. “They don’t make that clear.”

According to the senior, he was aware that he was going to be expected to present to the board about high school events, but that was as far as his understanding went.

When Hendricks attended his very first CUSD board meeting, he found his seat in the audience, where his name was written on a piece of paper and taped to the back of a chair. When Carmel Teachers Association president Bill Schrier noticed this, he did some research. Ed Code states that Hendricks should sit on the dais with the rest of the board members, a fact which Schrier brought to the board’s attention. The error was corrected by the next meeting.

But this incident raised a question on the board and at Carmel High: What are Hendricks’ current responsibilities as student rep, and what should they be?

“The board has asked district administration to research options that reflect the most current legislation regarding student representation on school boards,” board president Karl Pallastrini says. “What are high schools doing and what do they have to say?”

According to Pallastrini, the board has scheduled the role of student representative to be discussed at a meeting in early March, at which time members of the board will comment. It is clear that the board is motivated to reexamine what appears to be an underutilization of Hendricks’ position.

“There’s not a lot of space to put myself out there and have my own ideas,” says Hendricks, whose role has been largely limited to giving his monthly presentation on high school news. He has not been granted either a preferential vote or the ability to bring motions to the board, a resolution which the board will be reviewing at the upcoming meeting.

“I see it as a nominal effort to include student voice, and by nominal I mean all show, no substance,” Schrier says of the current state of the student rep position. He sees Hendricks’ role as one that has the potential to be significant, but is not being given adequate tools. “I think that this position can have a tremendous amount of substance and impact.”

In Pacific Grove Unified School District, the nearest district comparable to CUSD, student rep Adrian Clark plays a similar role on the board, but reports exercising more of the rights stipulated in Ed Code. Though he, too, was assigned the role of student rep when he was elected to ASB president, Clark casts a preferential vote on every issue that comes before the board, abstaining if he doesn’t feel his input would be appropriate. He is also able to make motions to the board.

“The board members really respect my opinion because it is a different point of view,” Clark says. “They’re all adults, and if I chime in they actually think of it as very valid.”

One issue both Clark and Hendricks identify is the fact that the high school is the only site being represented to the board. According to both ASB presidents, the reports they make are focused only on the high schools, though they are supposed to reflect each campus in the district.

In December 2019, Hendricks attended a conference hosted by the California School Boards Association in San Diego, where he interacted with ASB presidents and student representatives from across the state. The senior reported back that many schools in California have a panel or team of students that communicates with the board, both easing the burden on one person and increasing the diversity of opinion.

CHS Leadership teacher Aubrey Powers shares Hendricks’ assertion that the district could more effectively communicate with the student body through a team, instead of through a single position.

“I have a Leadership class of 48 students that can provide a pretty good perspective on things,” Powers says. “If there are questions, then [the board] should ask the questions.”

Based on Hendricks’ participation in the December CSBA conference and the agendizing of his position at an upcoming meeting, it appears the district is looking to increase the role of the student representative, and Powers has concerns about how this may impact the students who are considering running for the role of ASB president.

“If that role stays with the ASB president, it could change who’s running for that position because I don’t know if that’s what anyone would want to sign up to do,” Powers says.

According to Schrier, this is precisely the reason the role should be separated from the position of ASB president.

“It can be an amazing opportunity for a student who’s interested in going into politics or governance to get some real hands-on experience,” Schrier notes.

If the student representative position is to be expanded in CUSD, Schrier, Powers, Clark and Hendricks agree that the weigh-in of the student rep would need to be selective, as not every issue which comes before the board is necessarily relevant for student input. Budgeting, for example, is an issue which Clark chooses to abstain from chiming in on at meetings.

“The topics that are discussed [at meetings] can be very sensitive and some of them deal with a lot of budget stuff, and as a student I feel that those are not proper things for a campus rep to discuss,” Clark adds.

According to CTA president, the students’ preferential vote should not be removed from the equation simply because it will not always be applicable to every topic which comes before the board.

Powers adds that if the district decides to make the student representative a separate position to be filled by a single student, they should expect a substantial shift: “If you make it a political position and you get a politically active person, they’re going to be expecting that they’ll be able to provoke some major changes.”