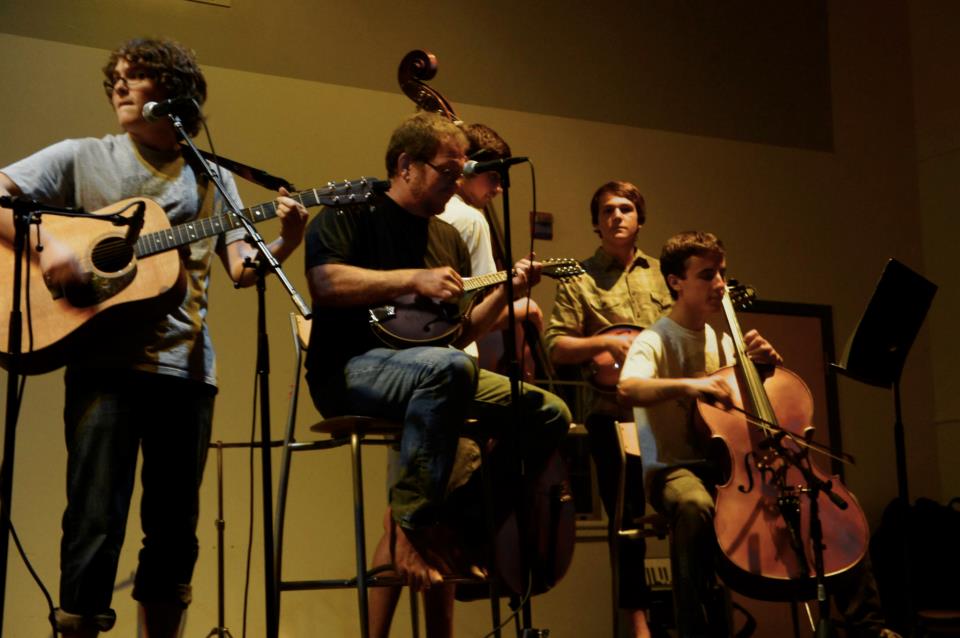 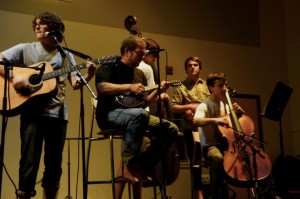 After three successful years of writing, singing and performing, the Singers’ and Songwriters’ Guild is ready to make its next note in music.

“We thought this was going to be a less active year, but were pleasantly surprised,” says Marc Stafford, history guru and club advisor.

Many new voices joined the club this year, and fresh singing and songwriting talents have been unveiled. Stafford’s goals for the year entail “continuing the high-level performances and developing a CD and DVD.”

Club vice president Jared Liebmiller is the driving force behind the production of the CD and DVD.

“We want to utilize all of the school’s resources through collaborations in its creation,” Liebmiller says.

This year’s president is senior Will Perkins, surprisingly not a long-time veteran of the club.

“Last year I was only in two shows, but the beauty of the Songwriters’ Guild is how welcoming it is to newcomers,” says Perkins, who adds that his goals for the year include making sure the shows run smoothly and ensuring members get what they want out of the club. “Anyone can join at anytime in the year.”

The club’s upcoming show on Dec. 14 is without a theme, but will contain one hour and 15 minutes of student performances and 45 minutes of music by Anne and Pete Sibley, with no entry fee but a suggested donation since the Sibleys are two professional folk singers who have been touring the nation for 10 years. The duo will also be giving a two hour songwriters workshop to the club members the same day.

The club will also be hosting a concert for Aron Forbes in the theater Jan. 11 with opening acts by the club’s members. Forbes will be bringing two of his bands to the performance: a rock and roll band and a jazz band, and that Friday there will also be an assembly during fifth period with Forbes taking the stage.

There is also a tentative rock show scheduled for Jan. 18 where the teacher band Far Below Basic will make a special appearance. Three or four other rock bands comprised of club members will also be performing.

The infamous Far Below Basic formed four years ago, and a year later, the Singers’ and Songwriters’ Guild formed during the annual club fair. At first, the club only had 20 members, but now has more than 40, showing great “momentum,” according to Stafford.

Stafford’s favorite part of the club is working with kids on music because “not everyone is as passionate about history as music, and it is incredible to share the same passion with students,” he says. But advisors Mike Deckelmann and Stafford agree that the best part of the club is watching students mature and develop as musicians.

Deckelmann remarks, “The growth is incredible.”