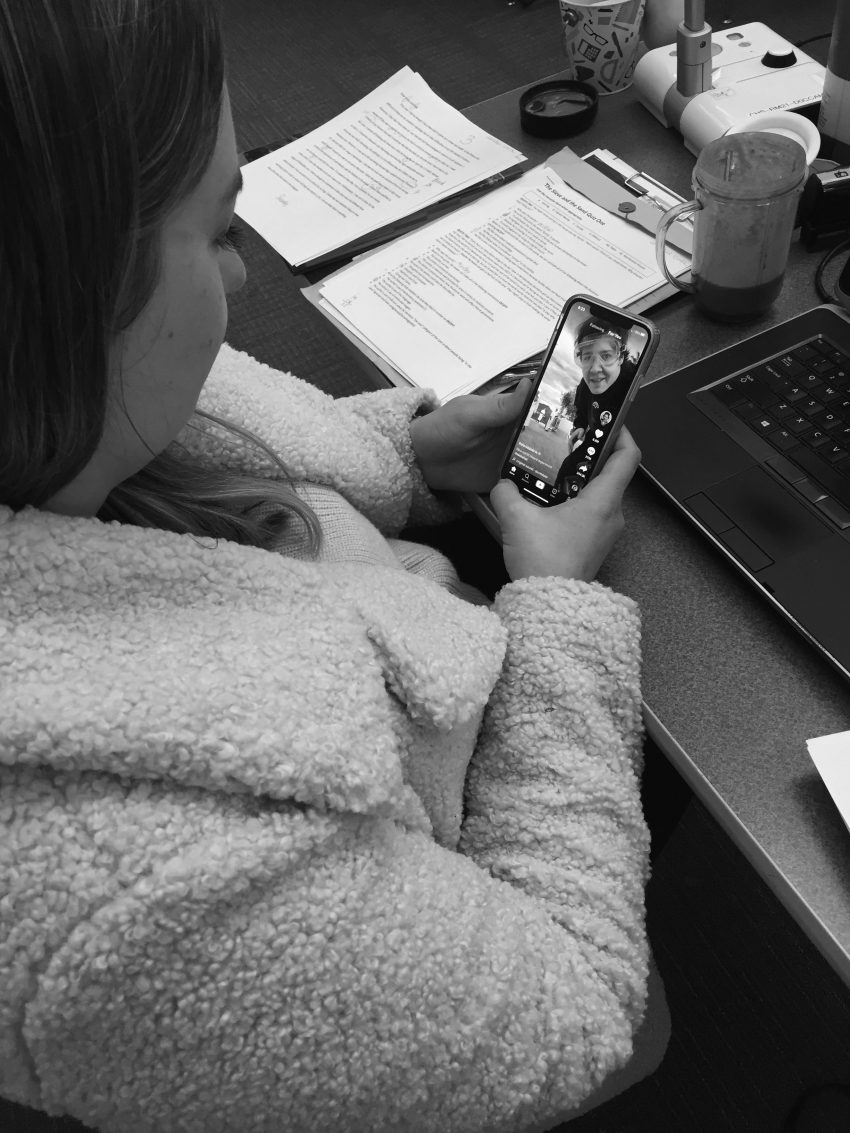 It is widely known that teenagers are the main users of social media, while most adults are known to steer clear of it. The latter is the case for most of the teachers at Carmel High School, but there are a few staff members that use social media in order to promote their classes, clubs and events at the high school.

An avid user of social media is Principal Jon Lyons, who constantly posts on his personal and school Instagram and Twitter accounts. He has two different accounts in order to keep his personal life separate from his work life. He is constantly seen taking pictures and videos at almost every school events, such as the VAPA Show, basketball games, Singer-Songwriters’ performances and many others.

“It’s a way to give people the inside of what Carmel High School is like, what are we about and what are the cool things that we have,” says Lyons, who also explains that when posting, he is technically speaking for the school as a whole and needs to be careful with what he posts and how he goes about it.

CHS art teacher Steve Russell uses Instagram and Twitter to post pictures with the intent of promoting what is happening in his classes and what his students are currently doing. Russell has many self-imposed rules in place when it comes to his use of social media, including not posting any political messages and not following any students until after they graduate.

“It’s just another part of being an educator in the 21st century,” Russell says. “You have to engage in [social media].”

The art teacher explains that it’s fun for him to share things that he and his classes are engaged in, such as the Chalk Fest and Art Expo. He also expresses how he thinks social media is a necessary tool for reaching out and networking, while also being used for inspiration.

Leigh Cambra, the CHS health teacher and This Club Saves Lives adviser, mainly uses Instagram and Twitter, where she has a personal, school and multiple club accounts.

“If we need to give people information or we want to gather information, social media is a great place to go to,” Cambra says.

She also points out how she created the Padre Bob accounts and thinks the school should be present on social media, explaining that some of her best ideas come from social media.

Kurt Grahl, CHS math teacher and basketball coach, was prodded into getting a Facebook account by his former basketball players, who wanted to follow and stay connected with him. Although he does not post much, when he does he only posts family related pictures. Grahl mentions if he were to post school-related pictures, he would create a different account and clearly separate his personal life from his work life. He also has the same rule of not following students unless they have graduated, but Grahl likes to wait a year or two before following them back, to let them be out and away from the school.

When used responsibly, Grahl thinks that social media is great, but since they are in the early phases of social media use and posting images publicly, there can be some issues. He believes that everyone needs to think about how they want to use social media and use it ethically.

Steve Nacht, a Carmel High math teacher who does not have social media, says, “If I had social media, I would have the account locked, where it would be social amongst the class or classes within the school.”

Social media has become more important to some of the staff at Carmel High School, including Lyons, Russell and Cambra. Most teachers do not have social media, but nonetheless, there are some who use it to connect with others, post pictures of their personal life, while also informing the community of school events.