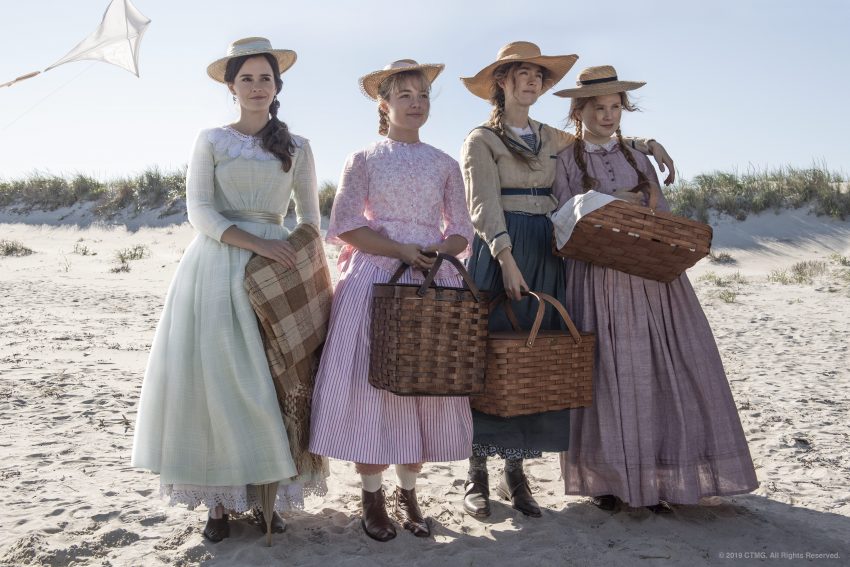 Since its releasein 1868, the novel “Little Women” by Louisa May Alcott has captured hearts for generations with its timeless tale of family and sisterhood. One may think such a reputation is hard to live up to, but director Greta Gerwig’s adaptation doesnot disappoint, capturing the beloved story with a contemporary take and a stellar cast.

The film’s protagonists—sisters Meg, Jo, Beth and Amy March—endure the domestic struggles and joys of a middle-class family during the nineteenth century, along with their close friend Theodore “Laurie” Laurence.

For the first hour, the plot follows two different timelines seven years apart, which later merge into one. Although this may confuse viewers and spoil several endings from the beginning—like the result of budding romantic relationships—it sets an interesting parallel between the past and the present, allowing audiences to have a different perspective on the past when they know the outcome.

The film also boasts a veteran cast of famed Hollywood actors: Emma Watson as Meg, Laura Dern as the girls’ mother, Marmee, and Meryl Streep as Aunt March. However, it’s newcomer Florence Pugh who truly steals the show in her performance as Amy March, arguably the most flawed of all the sisters. Through her mistakes and triumphs alike (and sometimes Amy triumphs at the expense of other characters), Pugh plays her part emotionally and in a way that makes viewers understand why Amy does what she does, even if it’s the wrong thing to do.

In fact, that’s what’s truly so refreshing about “Little Women”: Although the film is set more than 150 years ago, audiences are still able to empathize and identify with the characters. All of the sisters, as well as Laurie, are portrayed as real people with real flaws: selfishness, laziness, materialism, short temper. There’s one truly genuine scene in which Marmee asks the girls to give away their Christmas breakfast to a less fortunate family, and although they end up doing it, they—hungry, greedy, and eager to eat—look like they’d rather do anything but.

It’s an incredibly honest portrayal of family and the struggles that people face—whether in the constraints of society, especially for women, or within the family itself—that transcends the restrictions of time entirely.

An interesting aspect of the film, though, is one where Gerwig strays from the original plot. The ending itself, which leaves one of the sisters’ futures open to interpretation, leaves viewers to wonder whether she did what’s expected of her (as she does in the book) or stays true to what has been her nature all along. This is a well-needed choice that seems apt given our modern times and one that the character deserves, but can’t have the chance to make given the times and society she lives in.

The film is truly a masterpiece, executed by both the director and the awe-inspiring and often tear-jerking performances of the cast. And although its characters have been around for more than 150 years, audiences can fall in love with them on the big screen all over again because, at its core, “Little Women” is simply a love story…between friends, sisters, mothers and daughters.