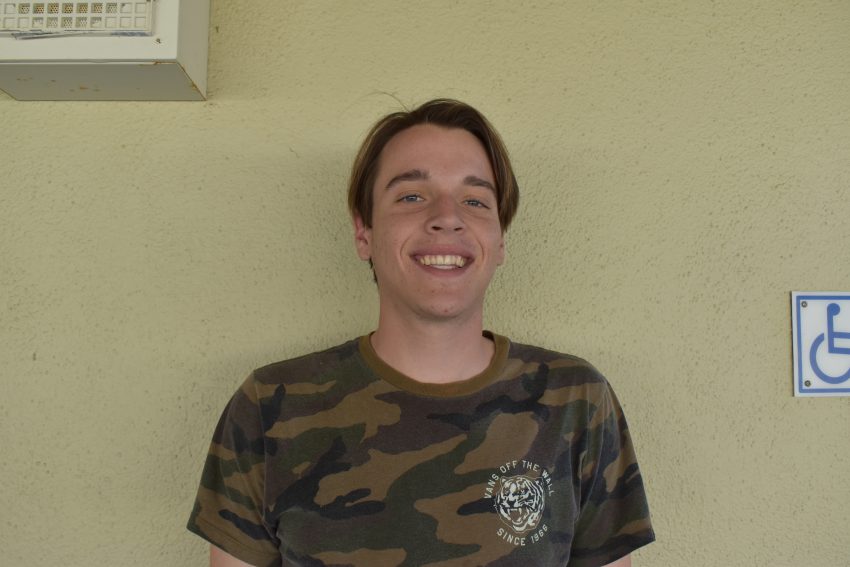 Students have no choice

As a freshman, there’s nothing better than proving your physical fitness by standing half-naked in front of your peers. Then a teacher holding a clipboard says you have to jump in the water.

To graduate from Carmel High School all students must pass a swim test consisting of four laps in the pool and 15 minutes treading water in the deep end. Linda Galuppo, the CHS registrar, explains that since the 1960s the swim test has been both a life-saving measure and a hurdle. After a CHS student drowned at Carmel Beach, legendary CHS swim coach Bob Walthour persuaded the principal at that time to require a swim test for all graduating students.

Across California, high schools disagree on the purpose of a swim test as a graduation requirement. Schools like Palo Alto and Acadia High still require a swim test, but that’s where the similarities end. Students at Acadia are simply required to jump in from the side of the pool and touch the other. If one can’t swim the lap required, the school allows seniors to sign a contract.

But Carmel is different. Surrounded by pristine blue water, it seems that a good half of the students here have spent nearly their entire lives waist deep in water. Living on the peninsula, the ability to swim could be lifesaving given that oceans, rivers and streams surround us on all sides.

So does the swim test actually encourage swimming proficiency in those who can’t swim?

On the first day of P.E. swimming, the publicity of it all becomes immediately apparent. Goosebumps prickle freshmen’s skin from the cold as they’re sorted into levels of swimming proficiency in front of their peers.

Teaching swim team champions alongside doggy paddlers proves problematic as it’s hard to ask for help on something that other kids have already mastered. In theory, all students should excel in the swim program. Less experienced swimmers are paired up with experienced swimmers to encourage growth. But even this depends on students overcoming the embarrassment of admitting they are behind.

If one is fortunate enough to have spent one’s childhood tubing down Carmel Valley River or surfing with Dad, the swim test is nothing. Growing up swimming, one might not even bat an eye, as one may consider it to be no more basic of an activity then walking and eating. Personally, I don’t think I even remember my swim test. I’ve been swimming for a while, and I absent-mindedly passed the test without a care in the world. I do remember, however, what everybody in the locker room seemed to be talking about after.

The swim test is a very public obstacle that amplifies the embarrassment of not knowing how to swim. Additionally, the test alienates non-swimmers, creating the illusion that swimming is a basic skill while also asserting that everybody passes with ease.

In reality, many struggle with the swim test. Some students may have to retake the test because of an error, some students may consider transferring to another school for their senior year, and some haven’t had the time to learn how to swim.

Yes, learning to swim could one day save your life. Encouraging students to take part in school provided swimming lessons is no doubt beneficial. But requiring a swim test as a graduation requirement puts unnecessary pressure and attention on those who can’t swim. Without the ever-looming threat of a swimming day of reckoning, maybe students could let their guard down, be honest about their abilities and get the help they need.