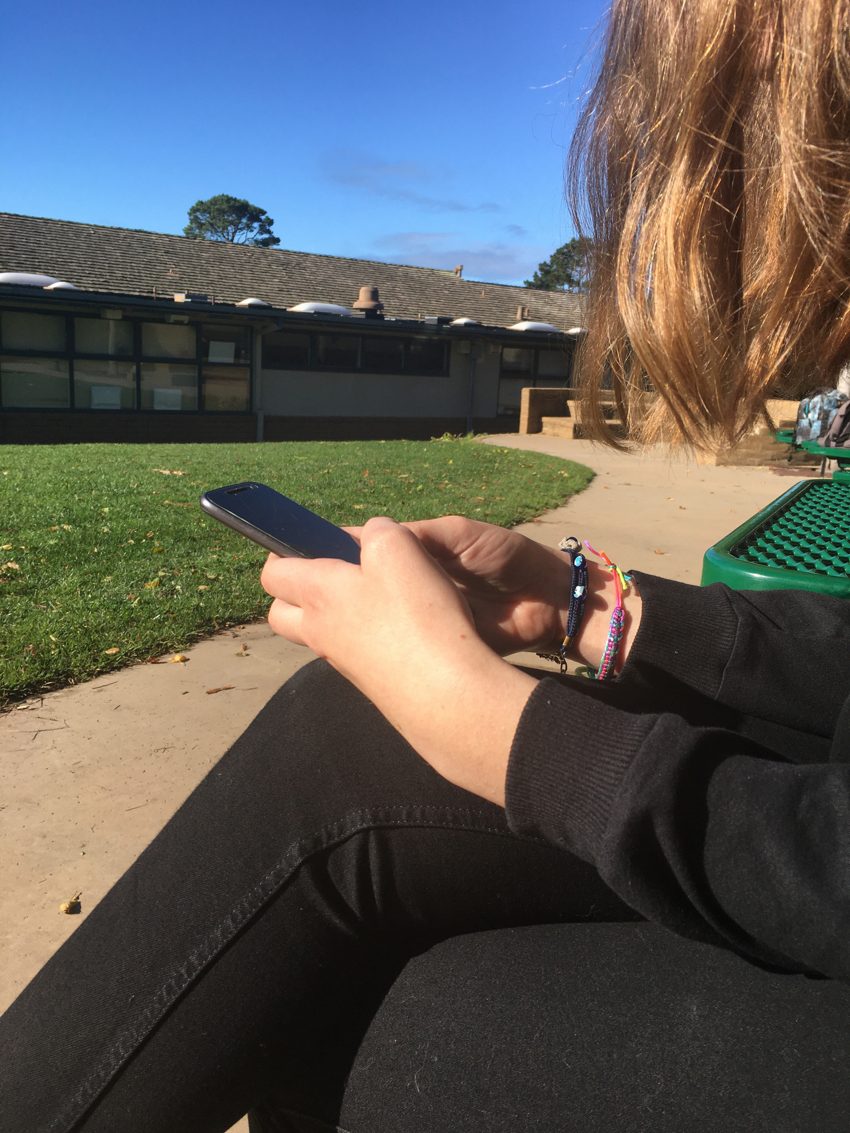 Scientific studies have observed a link between adolescent girls’ longer exposure to social media and their increasing rates of mental health-related issues, impacts which numerous female students at Carmel High School have observed.

The Millenium Cohort Study by the Centre for Longitudinal Studies at the University of London found that two in five 14-year-old girls reported over three hours of social media use per day, as opposed to one in five of their male peers. Only four percent of girls and ten percent of boys reported no social media usage at all.

According to Lauren Capano, CHS’ social and emotional counselor, the majority of students who come into her office are girls.

“Social media can create barriers to building effective social and interpersonal communication skills, as well as promote anxiety and lowered self-esteem,” she says.

In the Millenium Cohort Study, girls reported more depression symptoms associated with social media usage than boys. A BioMed Central Mental Health study suggests this may be due to girls’ greater likelihood to compare themselves to others.

“If I’m on there for a long time, it kind of gets me down,” one female CHS student says. “I see pictures everyone posts online and I wonder, ‘Why don’t I look like that?’”

Senior Emma Crane experiences her own concerns about social media, particularly with the validation system Instagram’s “likes and follows” system creates. She has noticed that she feels uncomfortable when an acquaintance unfollows her or when certain posts get more likes than others.

“I get weirdly self-conscious with the amount of likes I get,” Crane says. “When someone unfollows me, it makes me think that they don’t want to be my friend anymore or that they think I’m annoying.”

Besides self-esteem, the quality of students’ sleep plays a role in social and emotional well-being. Social media outlets are wired to be addictive, so they often cut into their users’ sleep.

There may always be “the chicken and the egg question,” as Professor Stephen Scott of the King’s College London calls the center of the debate over whether social media contributes to mental health issues or those dealing with mental illnesses are simply more likely to use social media…or if the two factors build upon each other.

Capano encourages students to practice mindfulness and consider why they use social media, especially if it seems they are seeking a distraction or escape from the “real” world.

“Pay attention to how you are feeling and consider if social media is supplementing or replacing relationships,” the counselor advises.

CHS students have mixed ways of dealing with social media’s impact on their lives. Shifting from the general trend of girls negatively comparing themselves to their peers online, senior Faye Andrus views them as a source of encouragement.

“If I’m comparing myself to other people, I do it as inspiration,” Andrus says. “I say, ‘Hey, I really like what they’re doing.’ I don’t think I’m not as good.”

Senior Camille Hitchcock notes that though she sometimes admires others online, she avoids letting that admiration affect her self-image.

“I don’t really overthink it,” she says.

Others opt to lower their screen time or nix it altogether. Some selectively delete their most time-draining apps or take advantage of their phone’s option to record precisely how much time they spend on the screen. For senior Izzy DeVor, discovering she had spent eleven hours on social media in one day drove her to remove it from her life almost entirely.

“I was like, ‘This is so bad, so unhealthy. I could be using my time to record music, play and write stuff, clean my room, or take care of myself instead of mindlessly scrolling,’” she says. “I realized I was comparing myself to people in a really unhealthy way.”

The rare exceptions to her no-social media policy include promoting Singer-Songwriters’ Club events or keeping in touch with faraway friends, and when DeVor does log into Instagram, it’s through her laptop.

“I log in on a computer because it’s not made for the interface,” she explains. “You can’t go onto the explore page or anything, so it’s a lot less addictive.”

Now, DeVor is content with the changes her choices created in her life.

“It’s such an easy fix to just go outside and experience life how it’s supposed to be, instead of being on a screen all the time,” DeVor says. “I feel it makes you a lot more human when you get away from it.”