Courtesy of the Leadership class at Carmel High School, this year’s holiday festivities will not only include spirit days, holiday perks and a winter rally, but a combined philanthropic mission titled the Season of Giving, complete with a gift drive, the second annual Winter Wishes season and a new event implemented this year called Giving Tuesday.

One of this year’s focuses was the CASA Gift Drive, a long-time part of Carmel High’s holiday initiative which provides a shopping experience for the foster youth of Monterey County during the holiday season, allowing kids to choose 10 gifts for the people they care about in their lives.

Senior Lauren Aiello, the commissioner of fundraising, has led the charge on this year’s drive.

“The other years that we’ve done the gift drive, I never really realized that it was there,” she explains. “Then once I was actually involved, it meant a lot more to me. I felt really strongly that people should donate, and for classes that didn’t participate, I just thought, why wouldn’t you participate?”

Part of Aiello’s job entailed asking teachers if she could place decorated collection boxes in their classrooms to which they could agree or disagree to participate. Eight classes decided to participate this year.

“It is a really rewarding experience to be able to see where they’re going and how much we’ve contributed and to physically move the gifts in ourselves,” says Leadership teacher Aubrey Powers, who has participated in the drive for five years. “It’s just a good opportunity and reminder.We have a lot of students who want to give, but don’t necessarily know where to give, and by telling them what to give, and giving them a spot on campus to donate, it makes it easier for them to participate.”

A relatively new addition to Leadership’s holiday campaign is their Winter Wishes project, first introduced by last year’s commissioner of creative changes and then-senior Annalise Krueger. According to Powers, the idea for Winter Wishes came from a convention that she went to with several of her students over the summer, including Krueger, who decided to spearhead this project with last year’s senior Hope Hanlon, beginning the project last year, and being succeeded this year by freshman commissioners of creative change, Mya Schnader and Tosin Oladokun.

“This year we have 88 wishes, so far,” Powers says. “Last year it was maybe 40. The first eight wishes came in, and they were kind of disheartening, the usual, ‘I’m hungry, and I want food,’ but then more started coming in, and they were heartfelt.”

Schnader recounts some of the wishes she has found worth rewarding in her job of weeding out the selfish from the selfless.

“One of the most heartwarming wishes I read was from one person who asked for one of those glass roses for their mom,” Schnader says. “There were also a lot of wishes to have a class party with Ms. Ange, which I also thought were super sweet.”

Powers describes her favorite wish from last year made by someone on the wrestling team.

“Those boys are practically starved,” she says of a boy who wished for some healthy snacks to be able to eat at school to make weight.

This year the Leadership class has implemented a new event in their Season of Giving lineup called Giving Tuesday, which was proposed by This Club Saves Lives advisor and teacher Leigh Cambra, as it is an internationally recognized day of giving back.

“We have all kinds of activities for students to be able to easily give back from the comfort of the school campus,” Powers says. “I’m really glad we’ve been able to involve all the clubs who are willing to participate like This Club Saves Lives and Interact Club, and I’m excited to hopefully do more in the future as well.”

The Season of Giving continued through finals week. 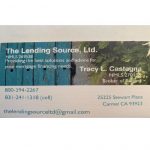