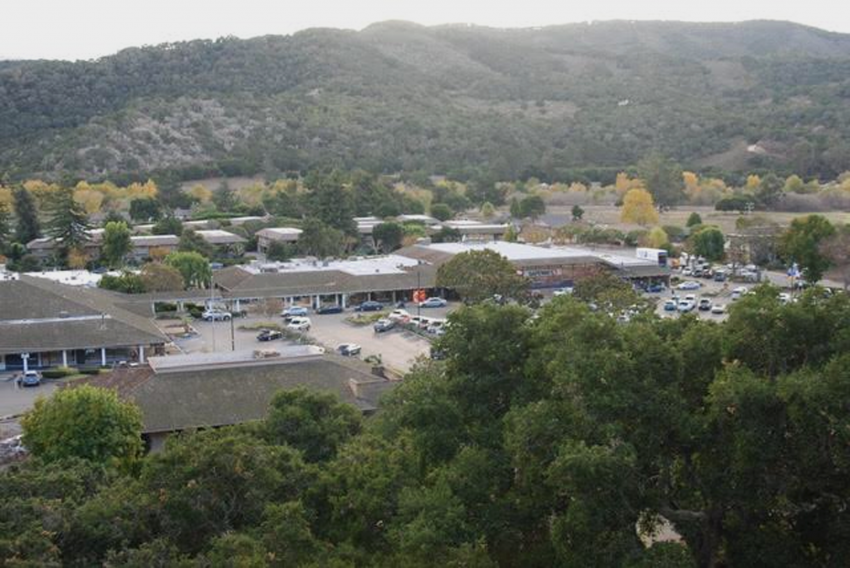 On a drive down Carmel Valley Road, one may notice the shifting hues of the auburn leaves, the vast Santa Lucía Mountains, picturesque and idyllic, or the old and quaint stores that color the town rural. To some Carmel Valley residents, this rural nature is an important quality that must be better preserved.

“Our main mission is really to try to preserve the rural nature and character so that it maintains the look and feel of what it’s always been, and that whatever comes in here doesn’t alter the whole corridor,” CVA president Priscilla Walton says. “That’s why we have a master plan—to guide that.”

The Carmel Valley Master Plan was adopted by Monterey County in 1961 in order to give tangible guidelines for the introduction of development and in turn maintain the quiet serenity that defines Carmel Valley. The association lobbies local politicians at public meetings, raises awareness among the community through their newsletters and works throughout Monterey County to ensure legislation that limits such developments.

Their most pressing focus at the moment is the Mid Valley Shopping Center renovations. The shopping center’s attempts at development were undertaken by its new manager, Russell Stanley of the Stanley Group, who renamed the shopping center The Marketplace at Carmel Valley. Some of his proposals have garnered intrigue by a handful of community members, as it promises among other things patches of land for community events, a bocce ball court and food stands.

“The Mid Valley Center is old, tired and in need of substantial refurbishment in order to sustain our current tenants and attract new tenants,” stated Stanley in a July letter to the public, a PDF available on the CVA website. “Like most small businesses today, many are struggling, and we need to find a way to drive additional foot traffic to the center.”

More vocally, however, the plan has met strong opposition by many locals, who want to preserve the center’s existing, necessary services. The Carmel Valley Auto Service, for instance, was afforded an alcohol distribution license. After the new managers were unequivocally shown that a removal of the car repair shop would not go over well with its customers, they apologized in the letter above, admitting that they had planned on adding a wine tasting room, and ensured the existing establishment a year-long lease.

While the CVA hasn’t yet taken an official stance on the Mid Valley Shopping Center renovations, it has worked with the Stanley Group to form a temporary committee to conduct a survey of Carmel Valley residents, asking about how they feel about specific plans.

“We had a response rate of 1,180 people, which is a really high response rate,” Walton says. “They were overwhelmingly opposed to a number of features of it.”

The issue of the architectural redesign has also been hotly debated and was a large part of what drove the broad swaths of the public to converge at the Carmel Valley Land Use Advisory Committee meeting on July 15.

First called the Carmel Valley Property Owners’ Association, the association was formed in 1949 in order to inform the public on issues within Carmel Valley, with the goal of sustaining the welfare of the valley and its natural beauty. Today, their mission hasn’t wavered much. Walton explains that the organization’s primary goal is still to not let the area be overrun with urban development and to make sure that all the projects still serve the people who already live in Carmel Valley.

A large part of the organization’s efforts also goes toward protecting affordable housing and making sure that short-term rentals are kept at a minimum, because to them a rural town filled with hotels would detract from the culture of Carmel Valley. It ends up raising the rent of the housing and can turn the homely village into a commuter town.

“We have an enormous number of short-term rentals in the valley, and it’s contributing to taking a lot of the affordable housing out of the market for people who used to rent houses,” Walton says. “People can get more by renting a weekend than renting for a year…so we are concerned about the impact that it has and what it does to local communities, in terms of changing the character of the valley.”

A similar phenomenon has been seen in unlicensed people trying to host events in their homes, like weddings. These tend to bring traffic that exceeds Carmel Valley Road’s carrying capacity, as outlined in the Carmel Valley Master Plan, and make noise late into the night.

Another important issue to the CVA is the preservation of open spaces like the Carmel Valley Vintage Airfield, which is for sale as three lots and which the Carmel Valley Master Plan allows for development. The airfield is used not only by locals to walk their dogs and as the site of the annual Santa Fly-In, but as a landing site for helicopters during wildfires as well as for search-and-rescue parties and other forms of disaster relief contingent on helicopters.

“Carmel Valley is very narrow, and a lot of people don’t know it, but the Carmel Valley Road is almost 40 miles long from Highway 1 to Arroyo Seco Road, and there’s only one road coming into it: Los Laureles Grade,” says Eric Sand, CVA board member. “If a fire started on the mouth of the valley, the loss of life would be beyond imagination.”

In June 2018, CVA hosted a large community meeting to address the danger of the Airfield being purchased by developers, and so they created Carmel Valley Save Open Space, a non-profit organization that is trying to raise money to purchase the land themselves, which CVA couldn’t do because they don’t have 501(c)(3) status.

“CVSOS was founded because of the vital role the historic airfield has played in protecting parts of the Monterey Peninsula in past catastrophic fires and other disasters,” states the CVSOS Business Plan. “In addition, the property is part of the community’s open space. Its continued availability for emergency services to address future natural disasters needs to be ensured, especially because the wildfire season in California has become a year-round challenge that cannot be ignored.”

The next CVA board meeting is Dec. 19, and the next general public meeting will be in mid-March.