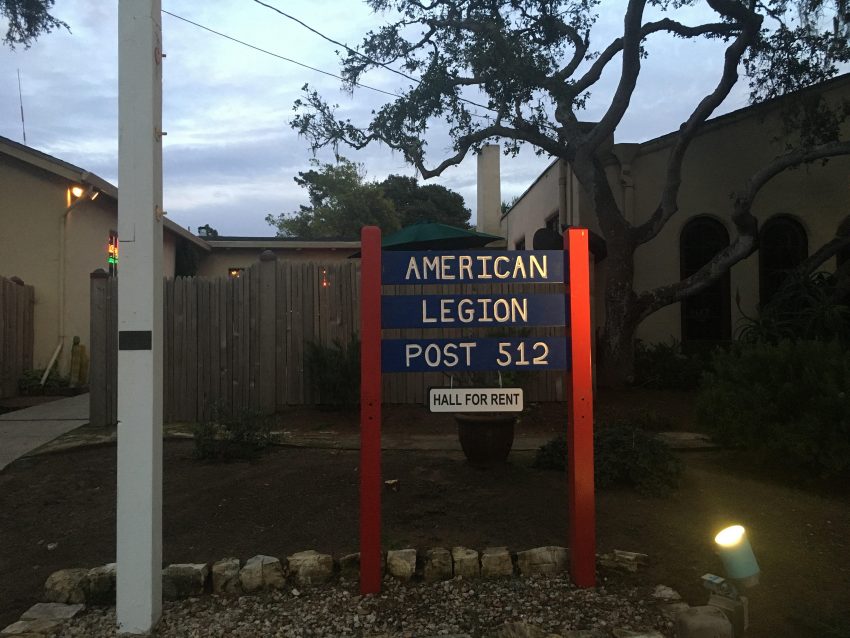 This past Thanksgiving, Carmel’s American Legion Post 512 ramped up their tradition of feeding and supporting local veterans during the holiday season, this year feeding over a dozen veterans and their families at a dinner and featuring local musicians.

“The dinner went well, we had about a dozen people show up, which isn’t bad considering the weather,” post commander Brian Andrus says. “Everyone was very thankful for the food and each other.”

They also travelled throughout Carmel to the police station and fire department, delivering warm and fresh food to on-duty Carmel police officers and firefighters.

“We are also a collection point for donations to go to the Veterans Transition Center in Marina,” Andrus says. “Any donations we receive are taken there to be given to vets in need.”

Founded in 1988, the VTC’s main goal is to help solve California’s homeless veteran problem by working with other organizations that specialize in homeless outreach programs. They do this by giving veterans a roof over their head, food and drug rehabilitation assistance. These small steps eventually empower them to the point of being able to find a job to support themselves.

Donated items, which included clothing, books and toiletries, are then collected and taken to the VTC to be distributed to veterans in need throughout Monterey, Marina, Salinas, Pacific Grove and Carmel.

Post 512 itself has a lot of history as a significant landmark in Carmel. The post was built almost 100 years ago in 1921 by returning veterans from World War I, and became a prominent location for veterans visiting the Monterey Peninsula during the ‘30s and through the early ‘60s. It became officially chartered by the American Legion in 1934, 15 years after the organization’s founding.

The site was used as a USO station for soldiers waiting to be sent to the Pacific Theater, the main area of war between Japan and the U.S. during World War II.

Post-war, its original purpose was to be a place for social gatherings of veterans and it still continues that original purpose today by serving as a bar and musical venue for veterans and Carmel residents. The American Legion’s goal today is to mentor youth in community programs and support the ideals of patriotism and honor, along with preserve the memories of past wars.

The American Legion is also having an all-you-can-eat New Year’s dinners for veterans as well as Carmel residents on New Year’s Eve. They’ll be serving various meals such shepherd’s pie and fresh ham for $20 for adults and kids $12 for kids 13 and under.

American Legion Post 512 is located on Dolores Street and 8th Avenue in Carmel.