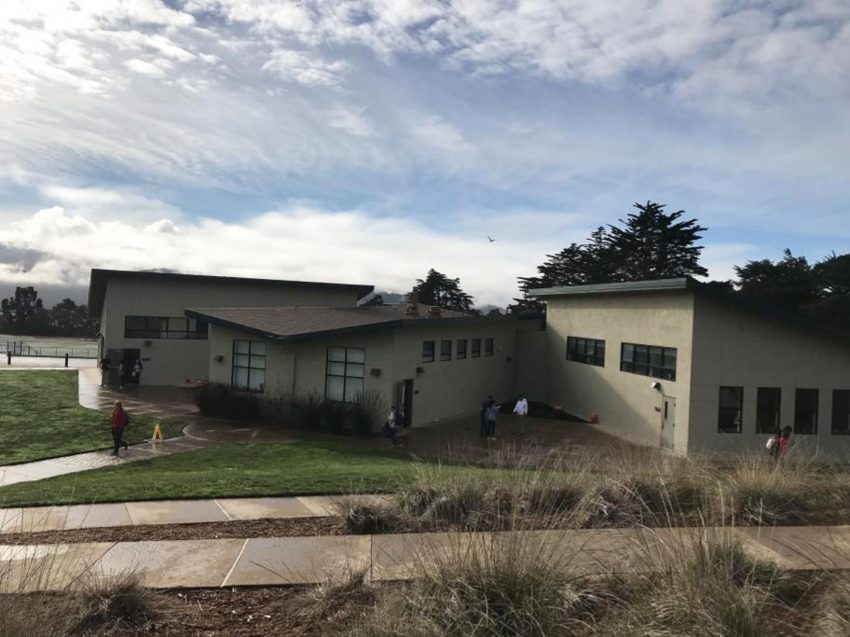 When the Carmel High science wing was built six years ago, the plan was ambitious. The building, which includes classrooms 1, 2 and 3, as well as a staff room that connects these rooms, was built with an angled roof to eventually funnel rainwater into a cistern and to accommodate solar panels that would theoretically provide a sustainable source of electricity for the science wing.

The classrooms feature high ceilings, south-facing windows and ample space for labs and experiments to take place. However, the buildings lack the promised solar panels and rainwater catchment system, though they were engineered to accommodate these features.

The science teachers at the time hoped that the solar panels and water catchment system would not only make the buildings as carbon-neutral as possible, but also that the technology would give them data on water and energy use that could be used in science classes. The hope was to create a wing that was both water and energy efficient and also provided information to be used in a real-world type way, enhancing the conversations that already take place in biology, chemistry and environmental science classes.

In theory, the science wing should be a paradigm of sustainability, but it continues to function at the same level as the rest of CHS, most of which was built in the 1940s, because the appropriate features simply have not been installed. In fact, the roof over Room 2 is angled in a “V” shape to funnel water into a catchment system that isn’t there. The water instead runs into a pipe that leads into the storm drain. From the perspective of those paying attention, it seems like the district simply wasn’t motivated enough to invest in sustainability.

The reason given for not completing the plans for the science wing was lack of funding. Yet in 2017 the district purchased 8.2 acres of land adjacent to Carmel Middle School with the intention of possibly turning the field into additional sports facilities. The pipe dream includes multiple soccer and baseball fields, basketball and tennis courts along with a new gym. Regarding budgeting available for CUSD campus renovations, it appears the district isn’t exactly hurting for cash.

CUSD has discussed for years possible future renovations to the CHS campus in particular, including student unions and updated common spaces to promote collaborative learning. But first the district should invest in finishing the projects it has already started.

Not only does the science wing lack the technology it was designed to have, but there has also been no discussion on campus about the possibility of updating its buildings. Instead, there have been discussion panels and vision groups assembled to brainstorm ways to expand parking lots at CHS, where students and parents sit and idle their cars, and install more fields, which require water.

Don’t get me wrong, CUSD’s vision for future campus facilities seems to be rooted in the goal of improving students’ quality of education. They are ambitious goals, as they should be. But issues regarding the environment should not only influence engineering endeavors for the future, they should be integrated into campuses today.

At this point, there’s little excuse for CUSD’s failure to acknowledge sustainability as one of its top priorities. High schools across the county are becoming increasingly environmentally minded: Seaside, Soledad and Salinas High Schools boast solar panels and low energy bills.

As one of the wealthier districts in the county, it’s time CUSD hop on board. A great place to start would be completing the science wing begun six years ago.