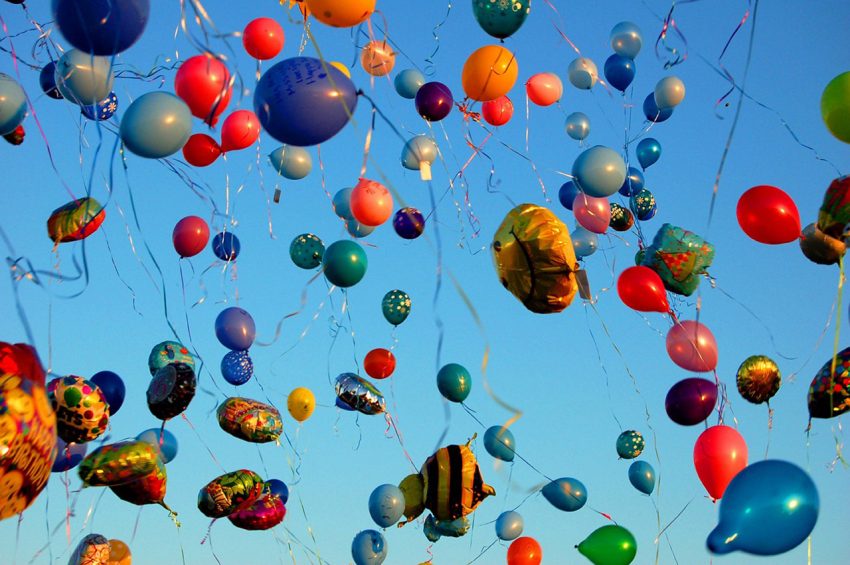 A CHS Environmental Club petition to ban helium balloons district-wide has raised awareness about their use on campus, eliciting a mixed response from the student body, some unsure of the future of helium balloons at school events.

Environmental Club co-president Pascale Montgomery says that the petition’s original purpose was to start an open discussion about helium balloons on campus.

Montgomery and co-president Mia Poletti started the petition after showing the movie “Rubber Jellyfish” in the CHS theater. The production’s website uses scientific research to back up the claim that marine life, specifically sea turtles, disproportionately consumes balloons because of the way popped balloons mimic jellyfish, common prey for many sea animals. A 2012 study found that nearly 78 percent of the plastic found in deceased sea turtles was balloons.

“We thought that by showing this movie and by starting this petition it would be a good way to scan the support we have,” Polletti says. “One of our goals this year was to try to influence event planning and mitigate as much waste as possible.”

Montgomery explains there’s been a mixed response on campus to the petition started on Change.org.

“There’s not a lot of knowledge about why balloons are bad,” she says.

A ban on helium balloons would directly affect CHS events such as rallies and spirit days. Associated Student Body’s teacher adviser Aubrey Powers explains that ASB had no prior knowledge about the petition.

“Up until that point it had been pretty open communication with the Environmental Club,” Powers says.

Powers explains that while helium balloons do not play a functional purpose in rallies and dances, they do help give directions when CHS hosts guests.

“In terms of outdoor events, I don’t know how you create that visual,” Powers explains. “We also have used balloons before for eighth graders being on campus for tours. I’m not sure how we’ll do those things without balloons. We’ll have to think outside of the box.”

In the past, the Environmental Club has worked directly with ASB to mitigatewaste, with the use of plant-derived biodegradable glitter. ASB has also taken steps to reuse resources for dances and the homecoming parade, as well as borrowing centerpieces from local businesses. Powers hopes to reduce usage of single-use items after she attended the Environmental Club’s trash audit last year.

For many, biodegradable glitter is proof that communication yields successful results.

“Biodegradable glitter is an example of how when we work together, we can get stuff done,” Montgomery says. “But then there’s something to be said about, ‘What can we do now?’ We don’t necessarily have to get ASB’s permission to get a feel for something.”

Both ASB and the Environmental Club work to foster a positive school environment. Further communication between the two may allow for environmentally conscious, fun school events.

Montgomery says, “I care about the environment, but also I care about creating a nice community without hostility.”