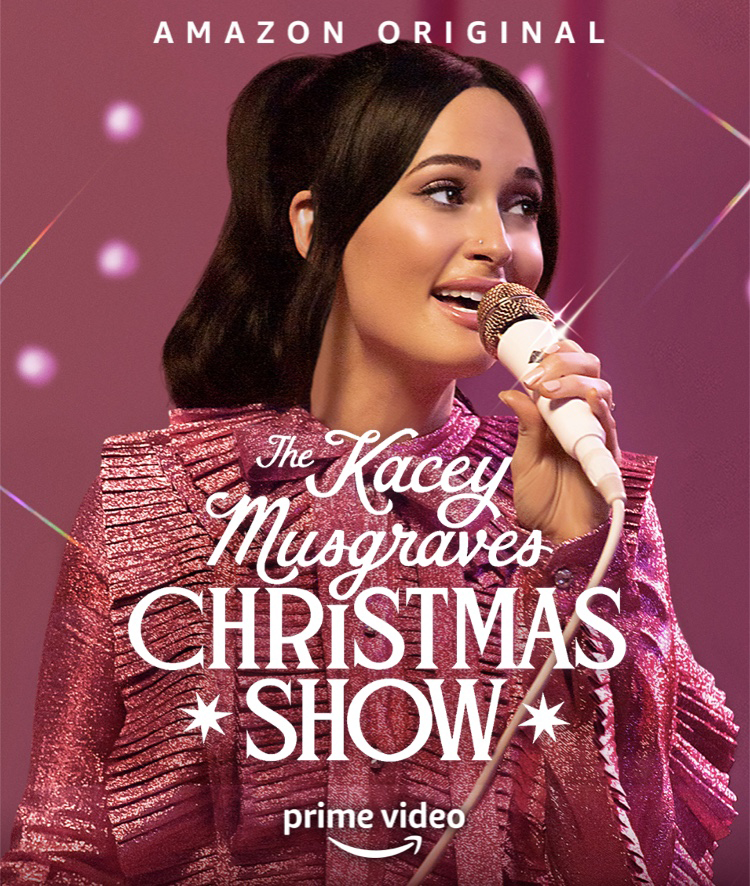 The show plays off of the cheesy ‘70s style special with scripted dialogue where stars casually burst into song. The aesthetic is completed with cuts to an old-fashioned editing room, where directors stitch clips together while watching live feed monitors of the show.

The storyline is centered around the singer scrambling to prepare for her Christmas party, revealing to the audience that she hasn’t bought gifts for her band and can’t find her Nana’s angel tree topper.

Musgraves is no stranger to Christmas tunes. The soft country singer put out her own Christmas album in 2016, titled “A Very Kacey Christmas,” full of classics such as “Have Yourself a Merry Little Christmas” and “Rudolph: The Red Nosed Reindeer.” The originals were what really stood out on the album, namely “Christmas Makes Me Sad” and a duet with the one and only Willie Nelson called “A Willie Nice Christmas.”

Most of the songs on the show are performed as duets, like “Mele Kalikimaka” with Zooey Deschanel and “Rockin’ Around the Christmas Tree” with Camila Cabello. Other performances take a comedic route like “Let it Snow” with James Corden and a not-so “Silent Night” with the hilarious Fred Armison.

Other celebrities just stop by for comedic relief, such as Kendall Jenner who keeps the audience laughing without saying a single word. Cue the infamous “Love, Actually” doorstep sign spinoff.

There is one consistent character in the special, other than Musgraves herself of course. That is Dan Levy, known from the TV show “Schitt’s Creek,” dressed as an elf and providing tongue-in-cheek narration of the night’s events. At one point, Musgraves even references his sarcasm, asking him to give more “holiday cheer.”

Now, for the star of the show: Nana. Musgraves has featured her grandma multiple times in her career, such as the line in “Slow Burn,” where she serenades, “Grandma cried when I pierced my nose.” Nana has a few lines of dialogue, and though she isn’t the best actress, she definitely makes the audience swoon.

While most of the songs performed are from “A Very Kacey Christmas,” Musgraves did release a new holiday-themed song called “Glittery.” Just like “Golden Hour,” the song is country-esque but with a much more smooth and soft tone. Though there are lyrics that scream Christmas, like “You shake me up… like a snow globe” and “You light me up like starlight on a tree,” it has the same elegance and sweet melody that will keep fans listening all year round.

The “Kacey Musgraves Christmas Show” isn’t the most ingenious or life-changing thing you’ll ever see, but it will get you singing along and in the holiday spirit. And if you’re already a fan of Musgraves, it’ll make you love her even more.