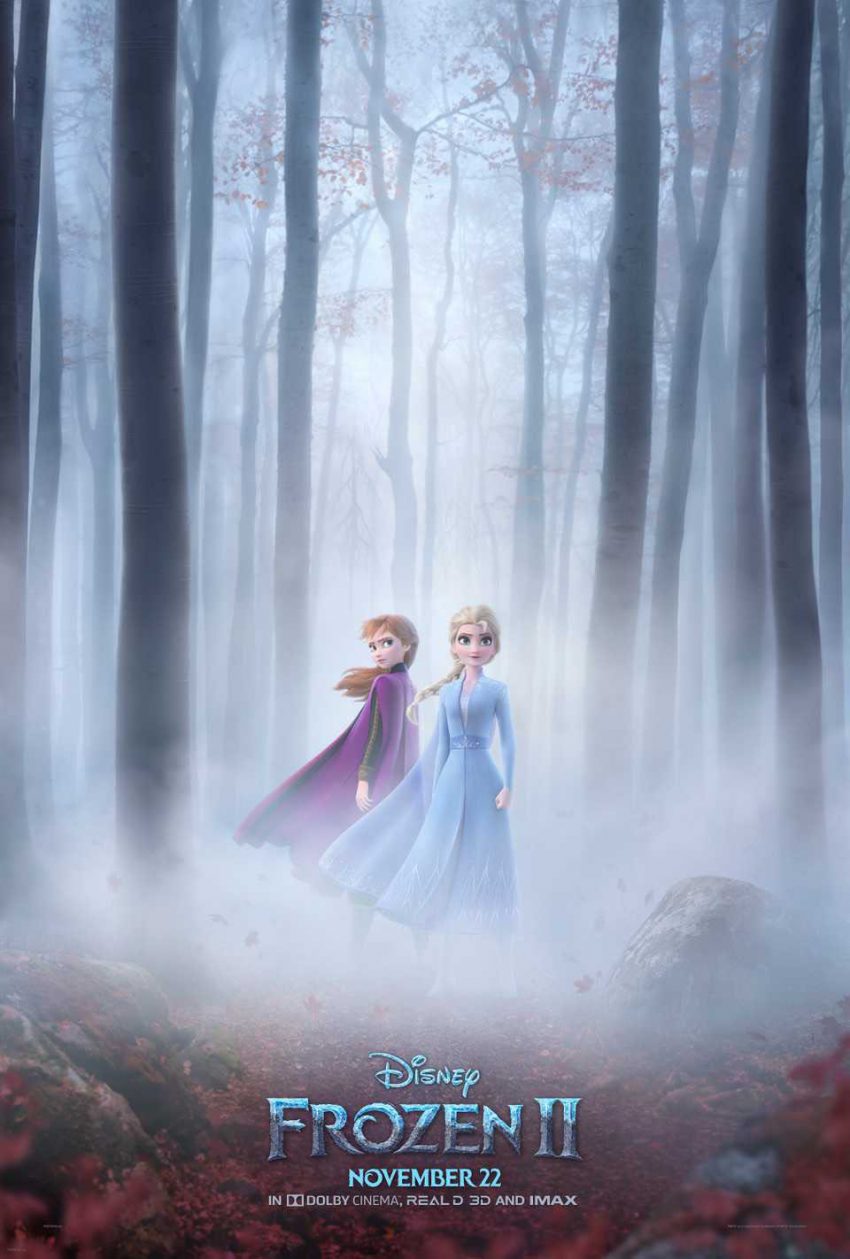 The highly anticipatedsequel to 2013 “Frozen” is a bold attempt to follow a cultural phenomenon. Released Nov. 22, “Frozen 2” is an impressive work of art that would be a perfect follow-up, if not for crucial flaws.

“Frozen 2” begins with the kingdom of Arendelle just after the conclusion of the first film. The protagonists are happy: Anna and Olaf have picnics, and Kristoff plans to propose to Anna, but Elsa hears mysterious calls from afar, prompting her and her friends on a journey to discover secrets of the past and the source of Elsa’s power.

The plot, while ingenious, intriguing and emotional, attempts far too many storylines. With all the focus on Elsa and Anna, Kristoff, a notable character in the first film, is sidetracked, getting one (amazing) song, but entirely excluded from the plot. In addition, the kingdom of Arendelle is left behind, new characters are underdeveloped and the story is greatly rushed.

This rushed storyline results in characterization falling flat. Not only are new characters underdeveloped, the leads are inconsistent and regress in character. Kristoff’s exclusion from the main plot damages his relationship with Anna and creates unresolved conflicts. Powerhouse Elsa contradicts her emphasis on sisterly love, abandoning the lesson she learned in the first movie and purposefully forcing her sister on a different path, negating all familial morals their relationship was built on.

The story contains a couple of notable successes, like the portrayal of native cultures in history. A new portion of Arendelle’s history is uncovered, revealing an ongoing battle with a neighboring community, a metaphor for the history of colonization. Animism, belief in the natural world containing spirits, is portrayed with a fiery salamander sidekick and the idea of water possessing memory.

“Frozen 2” followed Disney’s trend of tackling mature themes with mixed results. Lovable snowman Olaf deals with the concept of impermanence, culminating in his song “When I am Older.” His crisis is used for comedic relief, making a joke of a crucial part of growing up that should be addressed in a more serious and comforting manner. Contrastingly, Anna experiences immense grief that at first seems too intense for a kids’ movie, but is actually a reflection of the growing maturity of their audience and teaches a powerful lesson on dealing with negative feelings.

Perhaps the best part of the movie is the soundtrack, written by Bobby and Kristen Lopez. They do not disappoint, writing music that shows consistent beauty and variety. The soundtrack possesses a great sense of maturity. Elsa’s ballads “Into the Unknown” and “Show Yourself” contain complicated orchestrations, haunting harmonies and powerful vocals. The soundtrack boasts unexpected variety, with 80s-esque “Lost in the Woods” and another humorous Olaf song with staccato beats and playful violin.

“Frozen 2” dazzles with brilliant animation, ground-breaking music and ingenuitive themes, but has odd pacing and multiple storylines pulling focus, resulting in a movie that is pleasant if you don’t look at the details. It can be said that Disney has not broken their record of creating mediocre, but enjoyable sequels.