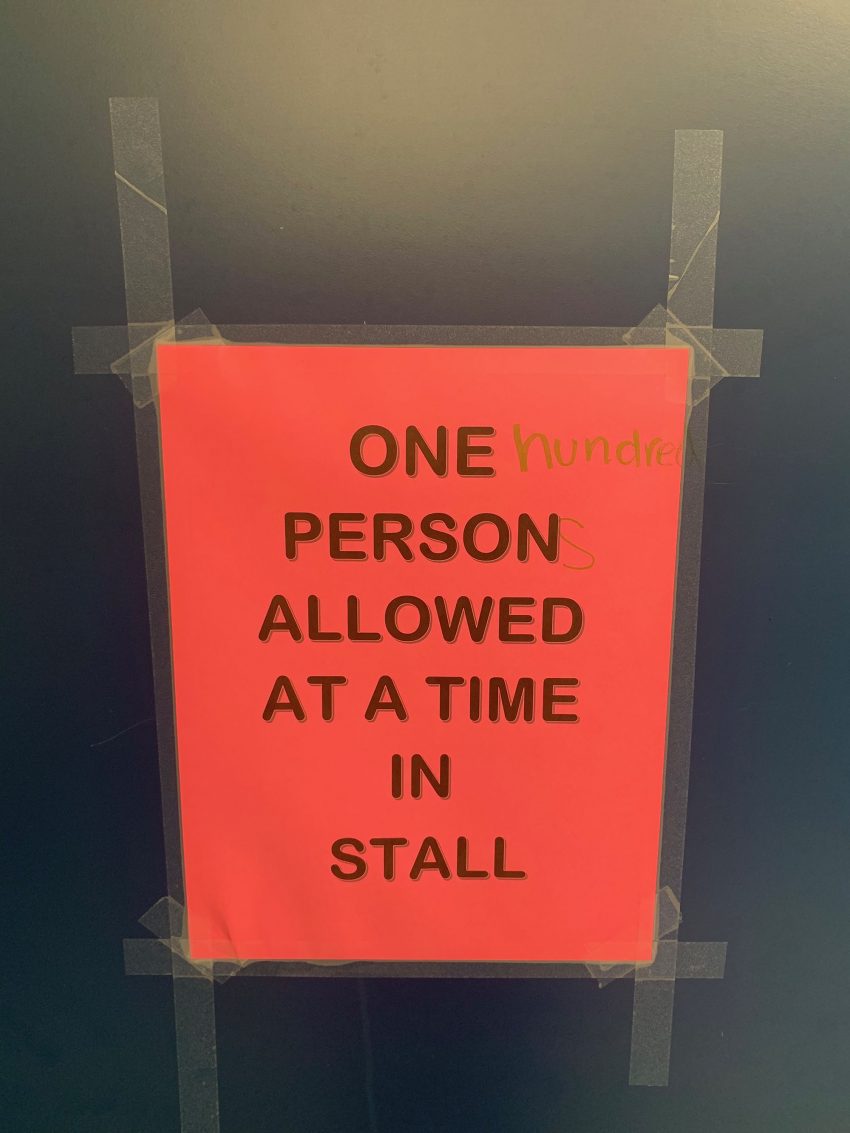 While the concept of group bathroom trips may bewilder and perplex both administration and male students alike, the practice has become almost ingrained in female culture. But with teen vaping on the rise, CHS campus supervisors have started to crack down, using signs and careful bathroom oversight.

Concern for the health and safety of students on campus has been reaffirmed as a top priority at CHS, with more than one in four high school students reporting vaping in the United States according to preliminary results from the Centers for Disease Control and Prevention’s 2019 National Youth Tobacco Survey.

“We just need to make sure everybody is safe,” says CHS assistant principal Debbi Puente, who is taking the lead on finding solutions to this issue.

With CUSD placing a greater emphasis on curbing underage e-cigarette usage, the practice of explicitly banning more than one person per stall arose after administration noticed the growing pattern of multiple girls going into one stall.

“We’ve been seeing it as a pattern since the year started,” Puente adds. “Obviously not everybody in there is vaping, but we just want to make sure we prevent anything negative from happening.”

While some students seek comfort in the privacy of bathroom stalls, they are strongly discouraged by on-campus supervisors who are tasked with patrolling the bathrooms throughout the day to check for illicit activity and maintain student whereabouts. They argue that more than one person per stall is unnecessary, suspicious and could lead to trouble.

“I see no reason for there to be more than one person in a stall,” expresses CHS campus supervisor Tami Hardisty. “It just makes it seem like they’re doing bad things.”

Signs have only been put up in the girls’ restrooms, with Puente and Hardisty reporting that sharing stalls is not an issue on the boys’ side.

“I was surprised to hear that this would even be a rule,” says CHS senior Joaquin Carlson. “I’ve never experienced this in the boys’ room so it’s just such a weird idea to me.”

Despite the well-intentioned rationale behind the policy, it has been quickly met with student resistance as posters are frequently mocked, torn down and disfigured. With the rule being perceived by students as bizarre to enforce, many feel that it will just encourage others to increase the amount of time they spend in the bathroom.

“I feel like the way they are going about it makes people want to do it more because they see it as a joke,” remarks one senior girl who previously received a warning for having more than one person in a stall.

Hardisty has not been deterred: “They can keep tearing them down, and I’m just gonna keep putting them back up.”