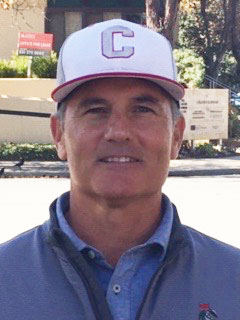 It has been confirmed that CHS legend Mike Kelly will be the 2020 Carmel High School boys’ baseball coach this spring, returning to the field after leaving in 2007 due to time restraints. The coach brings experience and success, having won 12 straight MTAL league titles before he left, and collecting a winning record of 342-88 as head coach, not to mention seven CCS titles.

When Coach Kelly left, Randy Bispo led the Padres to victory with six league titles and 229 wins over the span of 12 years, and Kelly has noticed.

“Having seen how hard the current group of players have worked on their skills during youth baseball, they deserve the best experience possible,” the coach says of his return to varsity baseball. “I feel I can guide them so they can have this experience. That is my motivation.”

The 1984 CHS graduate has been involved in Carmel’s baseball program for years and reflects on his past coaching various teams in Carmel.

With that said, it’s clear that the Padres can look forward to having an experienced coach this season. Kelly was the head coach at Carmel for 14 years and on the coaching staff for 18.

“He is a great coach and better guy,” says junior first baseman JT Byrne, praising his baseball savviness.“He is classy and he wants to win. He will influence our program in such a positive way, and I can’t wait to work with him.”

“Coach Kelly has [had] a lot of success in the past coaching high school baseball, which I definitely think can benefit a winning season,” Trosky says.

Not only are the Padres excited to have Coach Kelly back, but CHS athletic director Golden Anderson is confident with the new hire.

“He’s been coaching here a long time. He was actually my coach in high school,” Anderson adds. “He has a good track record: very organized, detail oriented, develops everybody in the program. We think he’s extra qualified and also understands our community well.”

The athletic department is confident in the Kelly and hopeful for the upcoming season. Last year, the Padres went 19-9 overall and 18-3 in league. This year, the Padres are competing in a different league: the Gabilan Division of the Pacific Coast Athletic League.

“I am looking forward to doing my part in helping the players develop their baseball skills and also the challenge of competing in a new league,” Kelly says.

Not only does Kelly have extensive experience at Carmel High, but he also prioritizes life skills like character and sportsmanship, which he is hopeful to teach the players both on and off the baseball field.

“I am passionate about competing with character and integrity,” the CHS graduate says. “The hope is to coach and teach the players in a way that carries beyond the scope of baseball.”

The Padres are in for an exciting season this spring. The challenge of entering a new league and the hire of a widely admired coach are likely going to make for yet another competitive season for the Padres.