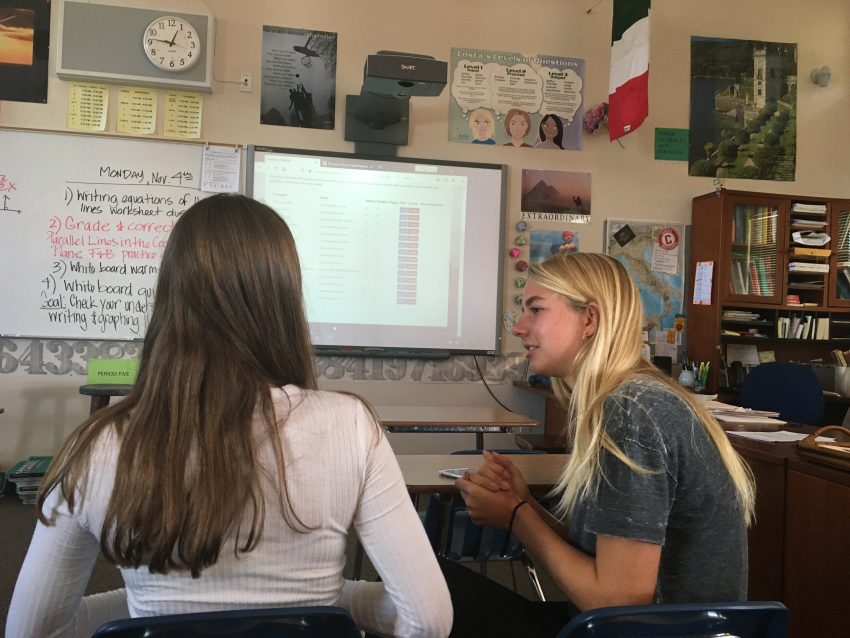 The CHS Model United Nations club is set up for success as it enters the 2019-20 season with seasoned members stepping in to guide new participants and several awards already under its belt.

The “mini U.N.,” as math teacher and club advisor MichelePollock calls it, is a student-based simulation of the world’s own United Nations. Model U.N. club members work in teams to act as delegates representing foreign countries. They meet at conventions where they take their country’s authentic position throughout discussions of real-world global issues, alliances with other delegates and a final resolution with the other countries.

“It gives 8-year-olds and 80-year-olds all a voice,” Pollock says. “It’s amazing for your speaking skills, your self-confidence skills, and you’re not arguing something…. It’s all about conflict resolution.”

The delegates ultimately compete against other schools’ teams for awards granted to exceptional participants at the end of the conference. And at the Lyceum competition Oct. 26 at the Middlebury Institute of International Studies in Monterey, the club did just that.

“What we had to say was beneficial to the topic at hand and represented our country’s views,” Craig says. “We remained consistent.”

The Connollys had a different winning factor: their position paper on the Bahamas’ viewpoint on issues regarding climate change and rising sea levels.

With Jack in his fourth year of Model U.N. and Henry in his third, the brothers have won four and three awards, respectively, and have been using their experience to mentor underclassmen.

“What I mostly do is give advice to the younger students, help them through writing their papers and what’s expected at conferences,” club president Jack Connolly says. “It would be a bad experience to just get thrown in there.”

Craig says this year’s Lyceum conference was more pleasant in comparison to her first competition last year, owing in part to the experience she has gained in the past year.  This year the number of younger students has risen from nine students last year to 17, many coming in from Carmel Middle School where several were starters of the first CMS Model U.N. club.

“They already have some experience and have a lot of enthusiasm and motivation and dedication,” Pollock says.

The Model U.N. club has a busy schedule in the works, including weekly meetings and plans for three major statewide conferences.

The final conference, the Berkeley Model U.N. is seen as the “Superbowl” of them all. For three days in early March, CHS Model U.N. members will compete against 2,500 to 3,000 delegates from 10 countries at U.C. Berkeley.

Jack Connolly says the BMUN is far more work-intensive than other conferences, but despite the heavy workload, many students are looking forward to the changes this coming year will bring.

“I certainly like it more this year because there are more people in the club, and it’s more fun to get fresh ideas,” Craig says.

CHS’ Model U.N. club is already hard at work, ambitious and excited about their future plans.