Malcolm X was once quoted as having said, “I want Dr. King to know that I didn’t come to Selma to make his job difficult. I really did come thinking I could make it easier. If the white people realize what the alternative is, perhaps they will be more willing to hear Dr. King.”

Often when violent protest is executed, as in the case of Malcolm X, it is done so with a desperate fervency, and often during potentially extenuating circumstances: a repressive regime that is deaf or reprimanding to manifestos or peaceful demonstrations. Other times, it’s executed lucidly, often even initiated, so as to disrupt the smooth functioning of society. The question is whether either of these situations would deem it morally permissible.

In the case of the former, there is often a culture within the protest organization that presupposes these acts which encourages an apathy towards ideologically foundational arguments, and these forgiving mindsets, while effective in allowing the acts to take place more swiftly, might seem dangerous to pacifist scholars and academics who still associate themselves with the movements being fought for. The fear seems to follow: one worries that without a proper foundation in the important texts, the protest could become so far removed as to no longer work in the interests of the movement, or perhaps even to work against them.

Imagine, for instance, a communist insurrection that obeys the mindset of “act, don’t think” becoming so thoroughly embroiled in its own matters that it never recognizes the contradiction in, say, committing acts of terror at worker’s union meetings or, to a more extreme end, becoming so powerful that the leaders of the organization conspire with business managers to financially support their cause at the expense of the workers that the business managers should be paying. Disregarding whether the doctrine of origin is wise or misguided, their unknowing abandonment could only be harmful.

Yet one could surmise this mindset would be appropriate enough under certain conditions, namely that the violent acts have a well-defined goal that can be accomplished within a short and well-defined span of time (if such a definition were possible.) It’s often argued on the basis of sheer necessity, in that the more time before a goal is reached, the more harm will be done. But even then one worries that these protest organizations could suffer from, in surprisingly short order, an internal insurrection, which would likely be a-ideological and unencumbered by the strict moral compass that defines the society the movement attempts to create. To refer to the argument of necessity then, no such goal could likely ever be attained. One recalls George Orwell’s haunting warning: “All animals are equal, but some animals are more equal than others.”

So then, let’s trace back to the second example from the beginning where protest is enacted mostly for its own sake, and shaking up the structures of society is seen as a benefit in of itself. This system of protest is condemned by most philosophers, from Marxists like Slavoj Žižek to libertarians like Ayn Rand. One suspects that Immanuel Kant in particular, had he been alive today, would take special issue with this as well, as it seems to advertise itself specifically and resolutely anti-intellectual. It seems, in this case to many thinkers, that this method of protest appraises a barbaric manner of diplomacy, and it’s a point from which nothing can be learned and no solution could possibly arise.

Thus, it seems little avenue is left for violent protest to arise. In consequence, it only appears to be wasteful, unproductive and tragic. 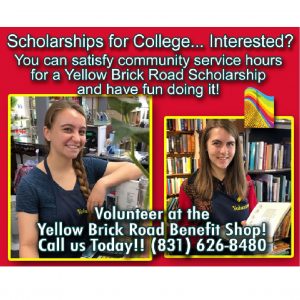