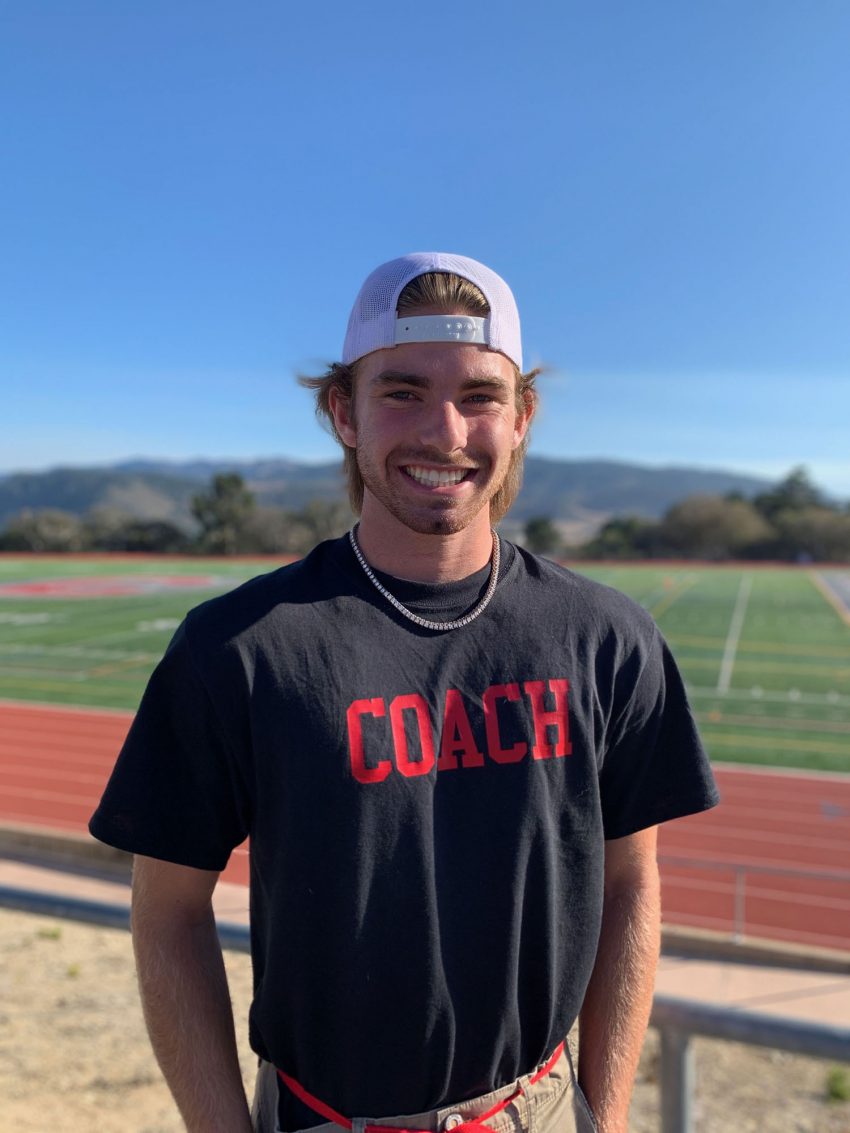 From football in the fall to soccer in the winter and baseball in the spring, senior Nico Staehle is a versatile athlete and avid videographer who aspires to play sports in college and will be participating in a baseball recruitment program later this year.

Staehle began playing tackle football his freshman year, but participated in flag football as a child. This year, he is a wide receiver on the CHS varsity football team and can be seen energizing students during rallies and his teammates on the field.

Although there are no official team captains, the football star was put in a leadership role this year.

“Football is unlike any other sport,” Staehle explains. “[Football is] really different in the fact that it’s more like a family. When you’re playing it’s a lot of camaraderie, and you’re really playing for your team.”

Outside of football practice, the tri-sport athlete goes to the gym almost every day and maintains a strict diet. He has practice every day for two hours and watches tapes of games twice a week at lunch.

Staehle is also a role model for younger players.

“Nico is inspiring and a good person to look up to,” adds freshman Kevin Zarazua, a cornerback and running back for the JV football team.

In addition to athletics, the varsity athlete is taking five Advanced Placement classes, while being a lover of art and an avid videographer.

“I joined the art club this year. I really enjoy art, but I also really enjoy filmmaking,” says Staehle. “Last year I made a capstone [project] that eventually won the film festival for the Audience Choice Award.”

Staehle’sfilm, entitled “Dudemania: One Hit Wonder,” is a mockumentary about a band that has faded into the background since the release of their debut. Loosely based on a music group Staehle started with his friends during his freshman year, the student-athlete directed the film and wrote the script with senior Hunter Heger. The project also features seniors Noah Marsh and Adam Ramlawi as well as various CHS students.

“The best part was definitely the filming,” Heger says. “It was a lot of fun, and we got to be ourselves and to be a character that we got to make.”

Staehle hopes to keep a winning streak this football season and wrap up his time at CHS by doing as much as he can for his team and for the community.