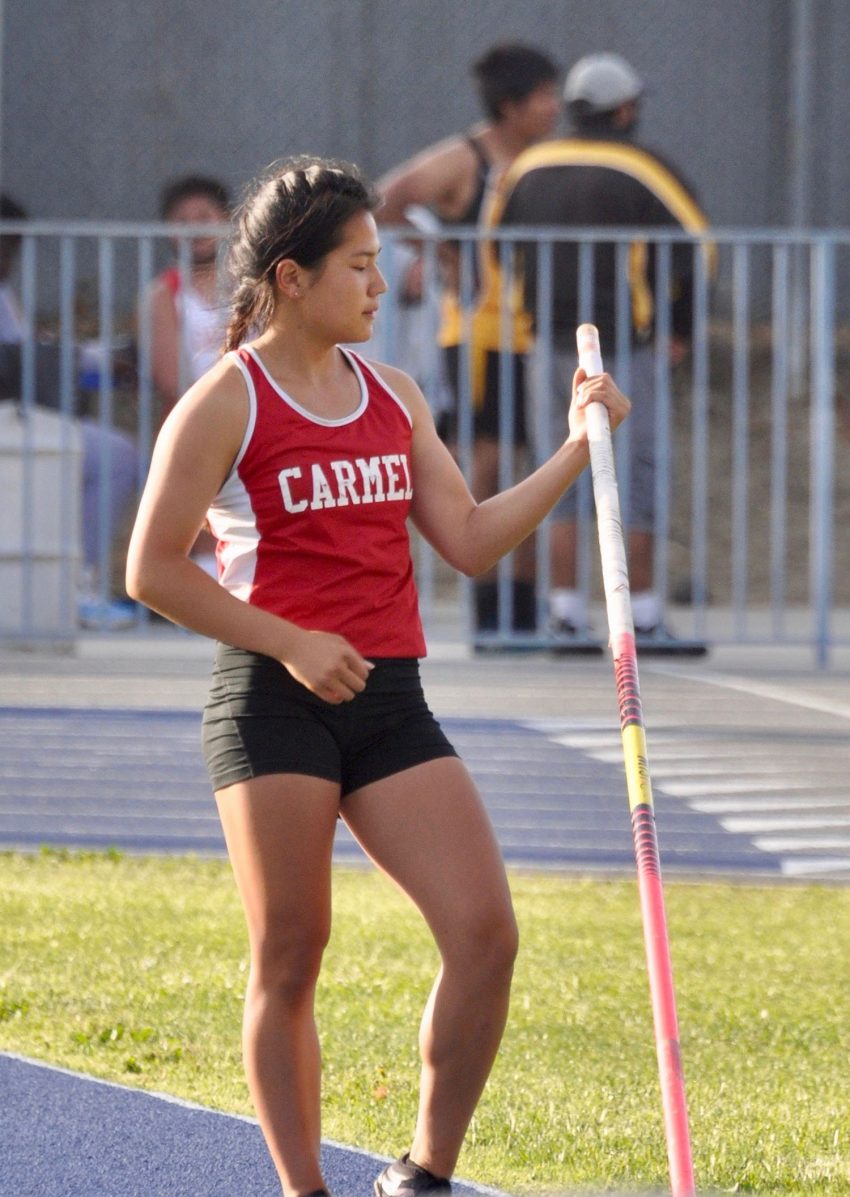 She stands on the runway and lifts the 12-foot pole to the sky. Anything could go wrong. She breathes once, twice, pushing these thoughts from her head. Then she starts running at full speed, lowering her pole like a lance. With a thrust, she stabs the pole into the ground and lunges. Her legs swing above her head so she is completely upside down. The pole bends until it’s just shy of breaking, then springs straight again, launching her into the air. Her body twists as she soars over the bar. Twelve feet below her, the ground is little more than a blur.

Despite only being a junior, 17-year-old Sarah Graessley is the CHS girls’ pole vault record holder and ranked first in her league.

Her vaulting career started freshman year and quickly took her to new heights when she cleared 8 ½ feet her sophomore year, breaking the long-standing record.

“It was really rewarding because that was my one big goal for that year,” Graessley says.

The CCS finals competition ended abruptly for Graessley when her pole snapped in half, sending her plummeting nearly 11 feet down to the ground, missing the safety mat. She did not suffer any serious injuries, but admits to having gotten hurt a number of times.

Pole vaulting is the most dangerous event in track and field and has some of the highest rates of spinal, pelvic and head injuries in all sports, especially at higher level vaulting, a level which the junior is fast approaching.

The vaulter hopes to clear 12 feet this year, but her year-round coach Joe Myioshi believes she could be vaulting 13 feet soon. At that level, Division-I colleges would be looking at her for scholarships.

Teammate and state high jumper Lauren Pritchard thinks that Graessley is extremely determined, but also quite hard on herself, which can make pole vaulting frustrating for her.

“There are days when you don’t even get off the ground and you can’t do it,” Graessley remarks. “It’s a mental block.”

Pole vaulting is not only physically taxing, but mentally challenging. Numerous events take place in the span of seconds, so all aspects of the vault must be executed correctly.

“For vaulting you have to do it over and over again until you know what’s right and what’s wrong. There’s not a formula for it,” Graessley says.

All her teammates agree that Sarah Graessley is an extremely perseverant individual.

As her coach remarks, “She’s not going to stop until she succeeds.”