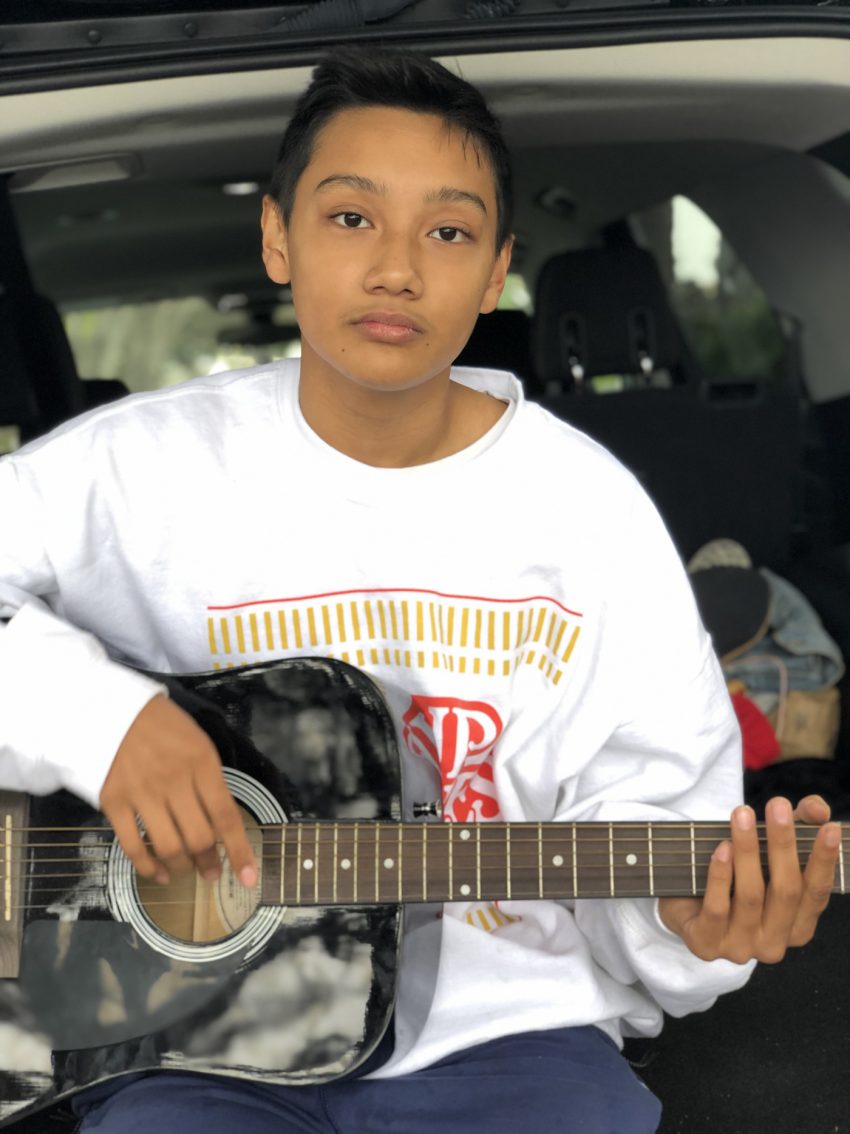 Sophomore RC Valdes quietly roams the CHS halls, a student peers may not take much notice of, yet he marches to the beat of his own drum. Literally.

Valdes and partner Clark Bunao have been releasing music on several platforms since June, taking on SoundCloud, Spotify and Apple Music as NOMADCREEK and gaining over 15,000 listens on SoundCloud alone.

The two met online in October 2018 and began to produce music together, yet they’ve never met in person. Clark Bunao attends high school in New Jersey and RC Valdes in California, hence the name NOMADCREEK.

“So nomad means traveler because Clark and I both move a lot,” Valdes explains. “Creek is because we live on opposite sides of the U.S., so there are two sides of a creek and we’re on different sides.”

This unique duo has released songs such as “Swing Song,” “You Mine” and “Lemonade” in just 11 months, receiving comments like “The beat nice,” “This is fire” and “This is a hit.”

“Working with him is really fun, so it doesn’t really feel like work,” Bunao explains. “We always work on things that would be beneficial and fun for the both of us and as long as we’re having fun doing what we’re doing whilst also continuing to help each other to develop as an individual, then I think we’re doing something right.”

The sophomore has been producing and releasing music for just over a year now, with each song gaining more and more listens.

From the time Valdes was a child, his father was playing music, which is what initially got him interested.

“I help him with engineering his songs, and from time to time I teach him how to produce,” RC’s father Robert explains.

The sophomore says he begins with the beat, figures out the melodies, and then he and Bunao begin to work on the lyrics. After that his dad takes a look at the song and fixes any mistakes with the audio.

“To make my songs, I just use my computer at home,” Valdes says. “I would say I’m actually self-taught, about three years ago is when I started making beats.”

As NOMADCREEK’s most recent release “You Mine” continues to increase in popularity, the pair has one song in the works that still needs some time.

“My dad is mixing it right now,” Valdes says. “He helps me with all my music, adjusting the vocals and instrumental levels.”

Friends describe his music as “catchy,” and “bumpin.’” Bunao describes how serious RC Valdes is to get everything done as close to perfect as possible when it comes to his music.

To find music and more by NOMADCREEK, you can find them @NOMADCREEK on Spotify, Apple Music, SoundCloud and Instagram.