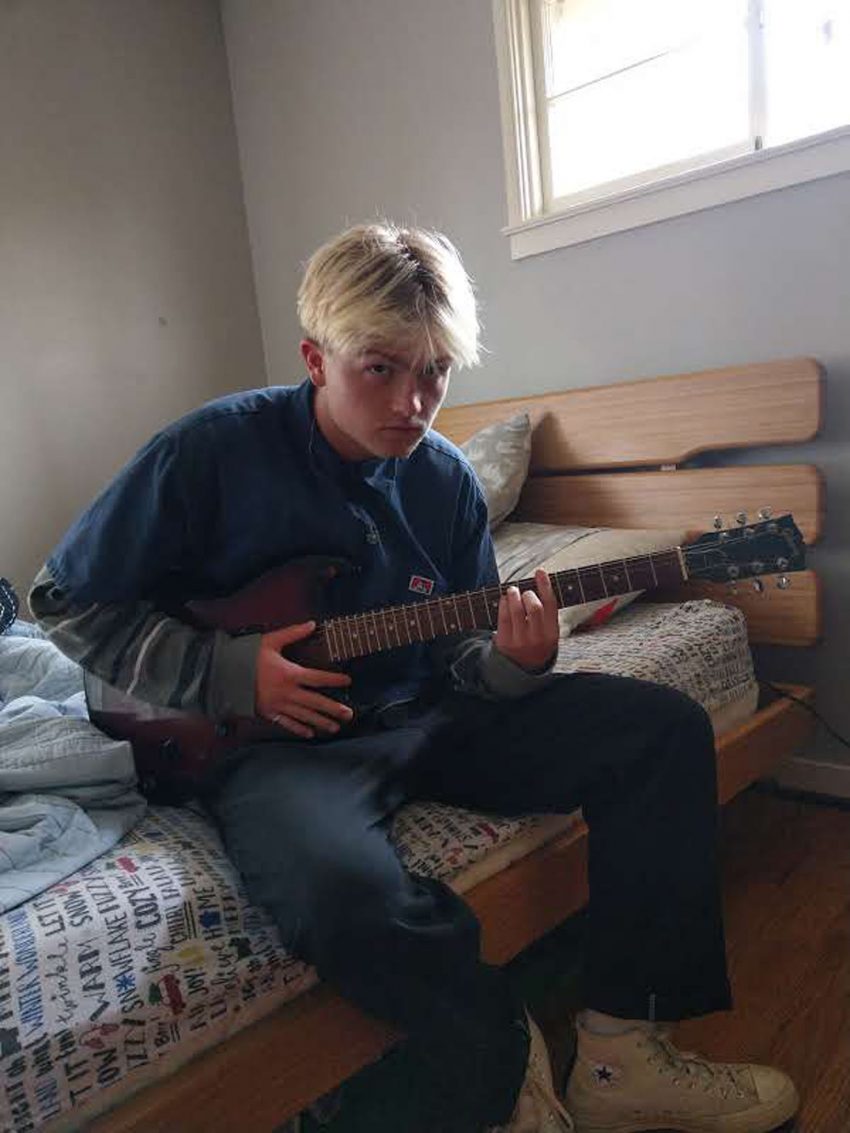 Dylan Barrett is an up-and-coming and largely self-taught musician who fuses elements of hip-hop, alternative, rhythm and blues, bedroom pop and other genres to create a consistently relaxing yet melancholic vibe.

“With creative stuff and the arts, you can’t have a set way that you go about it or else it will get repetitive and mundane,” Barrett says.

Over the past two years, the CHS sophomore has watched online videos to teach himself how to use the popular digital audio workstation program FL Studio, a tool that he uses to produce, mix and master all of his own tracks. In addition to being well versed in digital producing, Barrett also plays a number of instruments, having played the piano for fiveyears, guitar for one year and drums for six years. He also taught himself how to sing based off his knowledge of piano theory.

Barrett often combines a recording of himself playing a real instrument with the digital instruments in the program, fully utilizing his producing ability and instrumental knowledge. He also draws ideas from some of his biggest musical influences, such as Frank Ocean, Tyler, the Creator, Steve Lacy, Kanye West and Stevie Wonder.

“I usually go in with an idea of the end result,” says Barrett on his production style.

Barrett plans to release his debut EP, a joint project with fellow sophomore and musician Noah Macaluso titled “STARFRUIT,” on the streaming platform SoundCloud in the near future. They began work on the EP in the summer of 2019 on a whim, but it quickly became a focused effort, with the two of them often meeting up to four days a week to work.

“He’s been doing music his whole life,” Macaluso says. “He has a natural ear too.”

The songwriting on the project covers topics ranging from relationships to in-depth personal problems.

“It’s just us testing the waters, seeing what works and what people like,” Barrett says.

The pair released the project’s first single, “HER DREAMS WONT DIE,” on Sept. 27. For those looking to hear the track, it can be found by searching the song’s title on SoundCloud.

Several other students are also collaborating with Barrett and Macaluso on the project.

“Dylan is special because he has his own unique style that people can still connect with even though it’s so different,” says sophomore RC Valdes, a friend and collaborator of Barrett’s who will be featured on the EP.

Barrett hopes to stay involved with his craft beyond high school, potentially as an artist, audio engineer or producer.