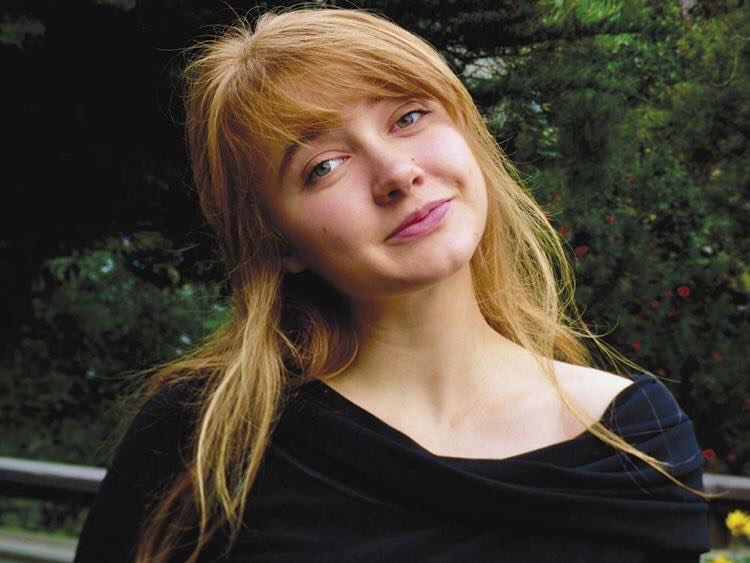 A talented musician with a beautiful voice, CHS senior Pascale Montgomery displays her passion for the environment through her inspiring lyrics and melodies.

“For me it’s very interconnected,” Montgomery says. “And music is an opportunity

to have a voice, especially with climate justice and climate issues, so it’s very symbolic.”

The gifted singer has been a member of the Environmental Club for the past four years and a co-president for three.

“Pascale has guided the club to some of its most successful activities since I have been an adviser,” CHS science teacher Jason Maas-Baldwin says, “including a major fundraiser for Elkhorn Slough last year and an incredibly successful climate march through downtown Monterey.”

The skilled musician has enrolled in Jazz Workshop, Chamber Choir, Digital Music classes, along with piano and jazz lessons, and the occasional vocal lesson with Janice Perl, a Monterey County vocal coach. She has also been a member of the Singer-Songwriters’ Club for four years.

Through it she has been able to work on her music and express herself, while working with a fun group of people. With the help of the club, Montgomery has also established a major stage presence.

“With the presence she brings, it’s hard not to take her seriously,” says Michael Deckelmann, a CHS math teacher and Singer-Songwriters’ Club advisor. “Every time she gets up it’s going to be a home run. It’s just gonna blow people away.”

The environmental activist partakes in many performances through the club, including shows around campus at the Thirst Gala and during the Band Show. She has also been offered the amazing opportunity to work with the Monterey County Honor Vocal Jazz Ensemble, a youth group that performs at the Monterey Jazz Festival and San Jose Jazz Festival.

Not only is the vocalist focusing on her own music, but she helped out at the Carmel Middle School summer camp as a sophomore, advising kids along their musical journey.

“It’s definitely an impactful experience to notice or experience other people learning, and you’re also learning,” Montgomery says. “No one can understand music to the fullest extent ever. There’s so much to learn all the time: it’s like any other subject.”

The senior has been posting songs on SoundCloud for some time, but in December she decided to get her music out into the world in a different way, posting her tracks on Spotify, a more popular audio streaming platform.

Montgomery plans to continue posting her music on Spotify, in hopes of getting her message out. She aims to attend college, where she will major in environmental science and potentially minor in music.

Brian Handley, the instrumental music teacher at CHS, explains, “Certain individuals you just miss for what they bring to the table, so Pascale is going to be missed because of that amazing voice and the way she can light up a room.”