Mock trial, a club that simulates real courthouse rulings and trials, stands out from a large number of clubs at Carmel High School, especially with president Ninamarie Franklin, who has not only been a part of team successes at the Empire New York mock trial tournament, but has also contributed to the team in order to win multiple county tournaments over the years.

“In New York, I was a sophomore, and that was really an amazing experience because it was my first year being super heavily involved,” Franklin says. “The state competition was definitely one of the best experiences of my life.”

Franklin is no stranger to the courthouse. She reflects on her four years of debate in the courthouse along with her teammates and mock trial coach Bill Schrier. After Franklin graduates from CHS in June, she hopes to pursue law in college. Even though her presence will be missed by current and new members of the team, Schrier won’t forget the impact she’s had on the team.

“Nina is a warrior,” Schrier says. “It doesn’t matter who the jurors are on the other side of the courtroom, she is gonna fight until the very end.”

Junior Tyler Armstrong and senior Zoe Garderet, both current members of the mock trial team, also approve of Franklin’s work over the course of their time on the team.

“She’s a very strong leader,” Garderet says. “She knows how to command a courtroom and lead a team and be inspiring.”

“The best way I can describe it is that she’s made us a lot more stable,” Armstrong says. “She, in a good way, is [stern] but in a positive manner. She’s always going to be the type of person who is going to be directing us with confidence.”

After she graduates, Franklin plans to pass the torch of the presidency to junior Sierra Seifert. However, Franklin hopes to keep her mock trial team legacy still running in the club’s name after graduating.

“I am definitely interested in becoming a lawyer,” Franklin says. “As for doing mock trial in college, it depends on the college. I’m not saying no, but I’m definitely not saying yes.”

Since Nina Franklin’s first appearance in mock trial in late 2016, the mock trial all-star has not only been thriving in the courthouse, but has simultaneously been an inspiration to mock trial members, teachers, and students at CHS. 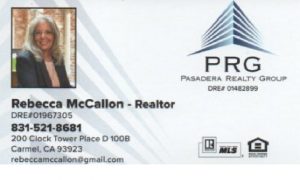