By this point in the year, everybody has noticed that one kid who has a full beard. He happens to be Ayden Reed, a freshman who has already established himself as a prominent member of the Carmel High theatercommunity.

In the first show of the year, “Clue”—yes, it’s based on the board game—Reed is set to play the lead role of Wadsworth. A cast featuring a sole freshman, let alone leading the company, is quite a rare occurrence, but Reed’s talent is anything but confidential.

“He’s very British, very butler,” says Reed of his character. “He’s always trying to cater to everyone, but at the same time he’s always conniving and manipulating everything in the background.”

Reedwas a pleasant surprise to CHS drama teacher and “Clue” director Gracie Poletti from his first audition, and he has continued to surpass her expectations ever since.

“I’m very hesitant to [cast freshmen] because I have no idea how they are as people or as professionals,” admitted Poletti. “But he has completely come through; we lucked out.”

Poletti feels strongly about this show, and she is ecstatic to present the first show of her final season.

Reed participated in many shows at Carmel Middle School, his most notable performance being Tevye in “Fiddler on the Roof” this past spring. However, he feels connected to Wadsworth in a unique way he has never experienced with shows of this genre.

“In terms of comedies, I don’t think I’ve ever played a character with this much depth,” he recalls from past credits, dating back to a summer camp that he attended before middle school. “I managed to score Michael in ‘Peter Pan,’ and that sort of introduced me to the theater world.”

While at CMS, he took drama with popular teacher Patrick Stadille for two years. The pair collaborated on many productions during Reed’s three years at CMS.

Although he finds it a difficult prospect to fathom, Reed would be excited about potentially pursuing a position in performing arts. He looks forward to expanding and refining his abilities throughout his high school career.

“If I can manage to score something in show business, you bet I’m gonna ride it,” Reed says about his passion for acting. “If I don’t score a job in this, I would be okay.” 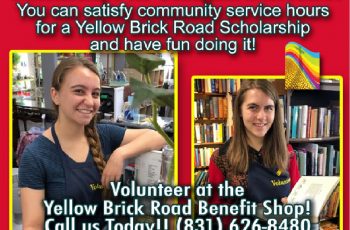