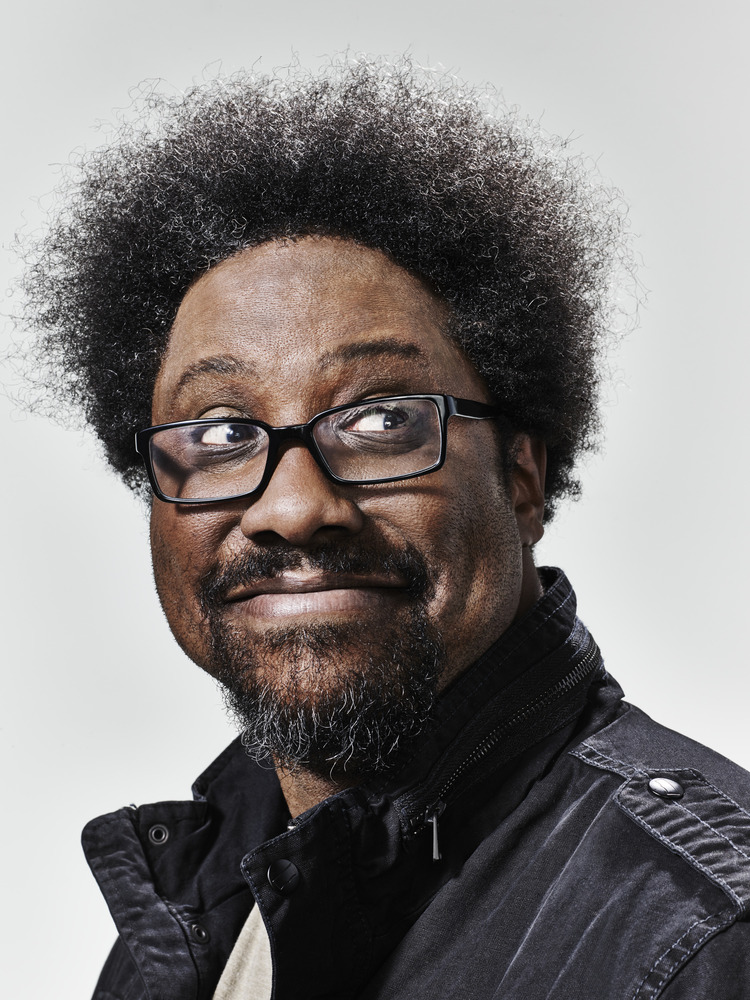 W. Kamau Bell’s series “United Shades of America” aired on CNN after my mom’s favorite, “Anthony Bourdain: Parts Unknown.” I was in eighth grade and spent a lot of time watching TV with my family. The first episode of “United Shades”was about the KKK, where he even conducted interviews with white supremacists and members of the KKK. Yes—he interviewed the Ku Klux Klan as a black man.

Since then, I’ve been following Bell’s work closely, watching him break stereotypical views, meet people from all walks of life and crack some jokes in the process. What is most important, however, is his ability to give anyone and everyone on his show a platform to speak their truth.

The comedian does it all. He has a comedy special “Private School Negro”on Netflix, “United Shades,” podcasts, a book, dozens of essays and another talk show series under his belt. On top of all that, he is a husband and father to three girls.

When talking about how he unwinds from work, Bell pauses for a moment and laughs, saying he doesn’t frequently. Like most of America, though, he adds in that he did get to see “Avengers: Endgame”in the theater, which was a nice break.

Bell explains that he always knew he wanted to do comedy, rather than news or reporting. While I follow him for his slice-of-life stories and journalistic appeal, he—pretty quickly, I might add—dismisses himself as a journalist. Still, “United Shades” undoubtedly breaks the barrier between entertainment, news and education. Bell puts it simply by saying the show is just something he thinks he would like to watch.

“I was 21 when I realized comedy was something that I wanted to do full-time,” the comedian reminisced in a recent conversation with me. “I just assumed that it was what I was supposed to do in life. The thing about a career like that is that just when you think you are doing everything you can, you realize that you can do more.”

Once I learned that I would actually speak with Bell, I immediately pulled up Amazon and ordered his book, “The Awkward Thoughts of W. Kamau Bell.”I speed-read it not just because I wanted talking points for the interview, but because it was simply thatgood. He wrote in such a casual way that seemed effortless, but was also captivating. It felt like he was standing over me narrating the whole thing as I read. His voice was impeccable and so true to his style.

When choosing a genre to categorize “United Shades,”Bell stuttered before answering: “If the world was all good right now and Trump wasn’t president, then maybe ‘United Shades’ might be a little more comedic,” Bell said, laughing. “But things are pretty hectic and serious right now and the show is best when it covers what people are talking about now.”

While the father of three leans left, he doesn’t necessarily think that is always his demographic in his show.

“I get a lot of people saying they watch it with their parents,” Bell said. “Usually, older generations are more conservative.” He goes on to explain that he hopes the show leads to further discussions about our country and that individuals can be more inclined to understand various perspectives.

This TV host doesn’t steer clear of politics, either. Although it’s not his primary focus by any means, Bell conveys in his work what it feels like to be in his situation: a Black man in America (read his book to find out why Black is capitalized!). He gives insight to concepts I had never even considered like fitting in with Black culture and how he didn’t do that in a lot of ways. On top of that, he gives a glimpse into other walks of life, such as Sikhs, native Hawaiians and those living with disabilities. He refuses to shy away from anyone or anything.

Having admired his work for years, talking with Bell was such a great opportunity. He’s on the same level as Selena Gomez or Kanye, in my eyes. And Bell, if you’re reading this, you are so damn cool.