Since 2008, the Marvel Cinematic Universe has revolutionized the superhero movie industry through its grim, intimate moments and undeniably badass action sequences. Eleven years, 22 films, countless box office records and an Oscar nomination later, Marvel’s chapter-closing “Avengers: Endgame” manages to put together three hours of exactly what fans needed: a near-perfect ending to one of the best superhero story arcs of all time.

This movie is unlike any other MCU film created before, and it’s already the most successful Marvel movie to hit the box office, shattering the previous record for most opening weekend earnings. It’s evident by the end of the very first scene that viewers are about to watch something they weren’t ready for, even after a grueling one year wait since the superhero smörgåsbord that was “Avengers: Infinity War.” Set only two days after the all-powerful villain Thanos annihilated half of the universal population, the few Avengers that are left must bring back the fallen.

Only minutes into the film, however, the plot thickens. Before you can even completely take in the first 15 minutes, time flashes forward to a world just as desolate and ruined as it was before, Marvel screaming at us, “This is not what you think it will be!”

Viewers quickly realize that the true obstacle isn’t necessarily Thanos himself, rather the conquest to re-retrieve all six infinity stones. In between the beginning and end, the movie takes viewers across the entirety of the universe to find those stones: Earth, Vormir, New Asgard, you name it—the Avengers are there.

This is the best part: instead of a dragged out, two-hour-long set up that inevitably leads to a battle with a mighty villain, the creators of “Endgame” structure the film uniquely, allowing characters that fans grew so close to to make reappearances across the entire film and recap the MCU as a whole—take Tilda Swinton’s mesmerizingly captivating dialogue with Bruce Banner as an example.

Despite the overall incredible structure the film has, it’s only real setback is the fact that the movie could be taken as a “recap all the other movies and save the world” type of thing. Granted, the Avengers have a purpose while intermingling through other characters and plots from the MCU, but one can only imagine what would happen if the producers of the movie looked forward, instead of backward.

“Endgame” is an incredible movie, from front to finish. It’s three-hour run time is considerable, but every minute is worth it. And with the end of an era finally solidified, the creators of the movie have masterfully set up the next round of movies for more other-worldly characters. Even when completely unfamiliar viewers walk into a movie theatre to watch, “Avengers: Endgame”is an instant superhero movie classic. 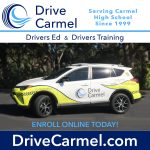