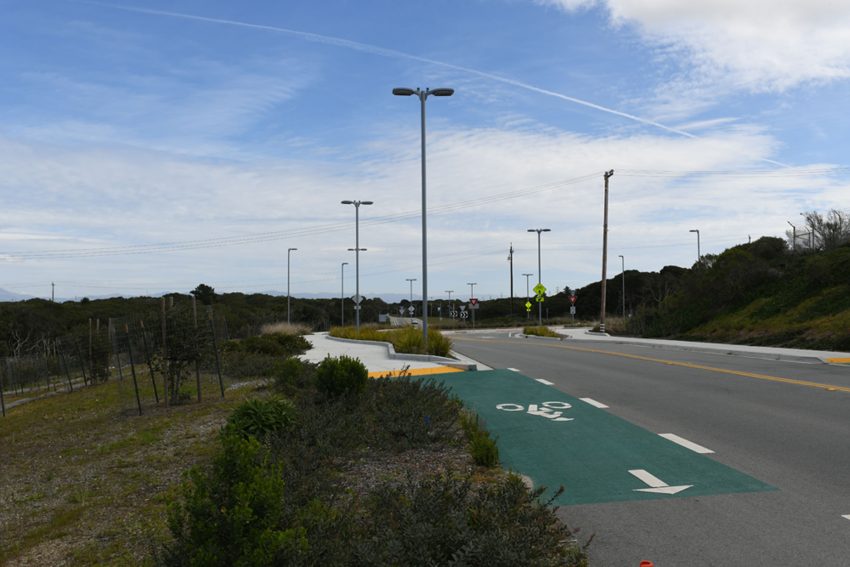 A proposed trail with paths around Marina, Seaside and Cal State Monterey Bay, the Fort Ord Recreational Trail and Greenway has sparked protest regarding its passage through Angelus Way, a small, residential street in Del Rey Oaks.

Two CSUMB professors, Fred Watson and Scott Waltz, were the first to have the idea for the trail some five or six years ago, intending to give daily commuters access to the beauties of the Monterey Peninsula and connect all of the local parks to Fort Ord and give CSUMB students the mobility to roam the area between classes.

“We want people to be able to move on foot or on bike under their own propulsion through this landscape in a way that enjoys the landscape, that celebrates it, that interprets it and gets you where you want to go,” said Fred Watson in a YouTube video called “FORTAG—A Trail for Everyone,” published by CSUMB on June 28.

The project is still in its planning stage and the Transportation Agency of Monterey County, an agency that allocates tax revenue towards funding local transportation projects, has proposed multiple potential routes. All of the designs are subject to change after environmental review, which TAMC principal engineer Rich Deal, at the city hall meeting, speculated wouldn’t be completed for another two years.

The trail is supposed to run through Angelus Way because of a concern for safety. Even though the most direct street to connect Work Memorial Park to Carlton Drive would be Highway 218—or as it’s more commonly known, Canyon del Rey Road—it was scrapped by the engineers as too dangerous since cars on that road drive at highway speeds, so the passage through Angelus, with a tunnel connecting to Carlton, was viewed as safer for the bikers and pedestrians.

Issues with this trail passing through Angelus Way primarily include the fear of the homeless population that might migrate to the community and congregate under the proposed tunnel, the liability of residents for injuries caused on the bridge, the potential harm to wildlife that inhabits the river and the people that might loiter in Del Rey Park at the foot of the street between sunset and sunrise.

Some community members, however, are looking forward to FORTAG. Having a trail that runs through the peninsula would make transportation via bike and foot much easier and safer, and granted that it’s supposed to be wheelchair accessible, there is an opportunity for everyone close to the trail to be able to use their paths.

“I live in Del Rey Oaks, and one of my issues is that getting to the [existing] rec trail [on Canyon del Rey Road] is hazardous for bike riders—and I ride with children—so this will hopefully address that and make a safe passage,” says Susan Ragsdale-Cronin. “I don’t use Highway 218 at all because it’s just too crazy and the cars tend to drive in the bike lane.”

Information on the date, time and location of the next public meeting will be posted on the City of Del Rey Oaks website.