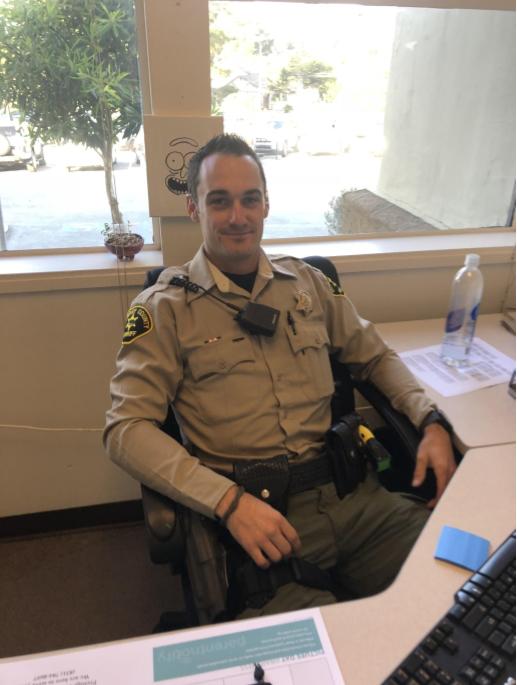 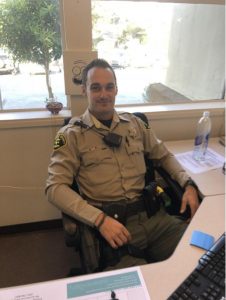 Deputy Kevin Gross, Carmel High School’s new school resource officer, has been brought in by the Carmel Unified School District due to a tobacco grant, allowing Carmel High to educate its students on the dangers and risks of illegal substances with the help of a qualified and educated expert.

A school resource officer is defined by the U.S. Department of Justice as a sworn law enforcement officer responsible for safety and crime prevention in schools. Deputy Gross’ role will entail presentations and information regarding safety for all students.

This year, Gross will be dealing with many freshmen in Health courses, as well as going to different classes and addressing students of all grades. Plans are still in the works as far as a set schedule, but students should expect to see Gross numerous times.

“It’s kind of something that I’ve always wanted to do, and it came up at a good time, so I put in for it,” the officer says.

Deputy Gross, who has been brought in to restructure the policy on school safety policies, such as a new bomb threat policy in the works, is excited to begin the year.

“We’re looking at that closely,” Carmel High assistant principal Craig Tuana says. “There’s a district liaison that is going to be working on it, and then there’s a safety team here as well.”

Gross grew up in the area, living in Salinas for most of his life. After attending high school at North Monterey County High School, Gross was set on the idea of going to the academy. He’s now been involved in law enforcement for over 10 years.

“We’re right in the beginning of this relationship, so time will tell, but I absolutely believe that there’s going to be a desire from my office, from the district office, from our school community and from the Sheriff’s Office to continue a relationship,” notes Carmel High Principal Rick Lopez.

The SRO and the rest of the student body are excited to continue the welcome within the coming months.