The room is teeming with students and excitement alike as Sylvia Panetta introduces the panelists for the third installment of the Panetta Institute’s lecture series on the American Dream.

First onto the stage is journalism legend Bob Woodward. He takes the leftmost seat, leaving room for former Chief of Staff Reince Priebus to take the center. Priebus is a good thirty years younger than the rest of the panel, but indisputably politically savvy. To complete the panel is Woodward’s partner in crime—or justice, more aptly—Carl Bernstein. By the time they and moderator Leon Panetta are seated, the stage has two Chiefs of Staff and three Pulitzer Prizes.

While Priebus gained national notoriety for his impact in the Trump administration, Woodward and Bernstein are most well known for their breaking of the Watergate Scandal while serving as reporters for the Washington Post. (This particular forum on April 30 focused on the role of the presidency, tacit within that category an analysis of Trump’s tenure in office.)

“What do you think makes a good president?” the moderator asks.

Woodward leans forward in his seat, taking his time to answer. With a smirk on his face, the journalist delivers his answer: “It’s easier to describe the creation of the universe.”

Answers like this are indicative of Woodward’s personality and temperament: His words are thoughtful, his actions calculated.

Bernstein is the yin to the Washington Post associate editor’s yang. His exuberance accentuated by the pink shirt he wears, Bernstein speaks passionately, often getting carried away by his idealistic rhetoric.

After a light smatter of discussion, the conversation turns to address the Nixon administration, as conversations often do with the Watergate case-breakers. While their critiques of Nixon are harsh and many, the journalists have kind things to say about his successor, Gerald Ford.

“At first, I saw the pardon as the final corruption of Watergate,” Woodward starts. “I remember Carl called me up that morning. Carl can say what occurred in the least words with the most drama. He said, ‘The son of a bitch pardoned the son of a bitch’—even I figured that out.”

The pink-shirted man, leaning back in his chair, gives a brief laugh at his partner’s words.

“In the lens of history, it is an act of courage,” Woodward continues about the pardon. “We needed to move beyond Watergate, that’s why the pardon occurred.”

Leon Panetta shifts the discussion to the issue of hyperpluralism in government today, which gives Priebus his first chance to speak at length. The Chief of Staff spent the majority of the forum so far hunched forward in intense focus. His hands start talking before his mouth.

“The issue of bipartisanship has been long in the making,” Priebus says. “Nowadays, you can win an election by appealing to your base. Getting elected and governing are two different things.”

Woodward is quick to retort. The bespectacled author sits on the edge of his sit, eager to chip in his two cents while still keeping his cool. “The president’s job is to figure out the next step of good for everyone,” Woodward explains. “The president must rise above bipartisanship.”

Bernstein proves to be the most idealistic out of all the panelists. As Woodward finishes his thought, the Hillary Clinton biographer leans forward in his seat.

“We live in an age where the common good is no longer the common currency,” Bernstein orates poetically. “We have a president who is president of his base.”

Priebus is quick to jump to his former employer’s defense. Although he no longer works in the Trump administration, it is clear that he still has ample admiration for the 45th president. Eloquently and thoughtfully, the former Republican National Committee chairman explains why the president works to serve his supporters and panders to his base.

“We don’t have a national election, we have an election in eight or ten states,” the University of Miami graduate says of how the Electoral College affects elections and governing alike.

For the first time in the forum, Woodward gets political. Out of all the issues discussed, it doesn’t seem likely that the Electoral College would spark the most heated argument. The volume rises with every sentence; the journalists point out practical problems with the system while the politician stands by the Constitution.

“Why vote?” Woodward apostrophizes to the California voter-filled audience. “You are disenfranchised.”

Panetta, a Chief of Staff himself under President Clinton, interrupts and defends the answers of the other politician. There is a certain comradery between Priebus and the former head of the CIA, both having experience in the same position.

As the conversation switches to journalism, Woodward and Bernstein begin to interview Priebus. The two are not just journalists in professional, but in lifestyle; they listen intently, genuinely interested in uncovering more of the truth in every crevice of every issue.

“Do we understand Trump in the media?” Woodward asks Priebus during this quasi-interview.

Priebus’ answer is characteristically thoughtful, toeing the line finely between respect and condemnation for journalists. This line of questioning opens up a whole new can of worms, and Bernstein knows it. “Alternative facts” and everything to do with them are put into the limelight.

“[The media] has reported on this president’s insistent and consistent lies,” Bernstein says. He is at the edge of his seat, his gesticulation matching the tempo of his voice.

The Wisconsin Republican maneuvers Bernstein’s outburst carefully; he never utters the word lie, untruth or anything of the sort. His delivery is completely natural, but there is a sense of rehearsal in the content—this is a question Priebus has received before, but probably not from a man like Bernstein.

“The biggest mistake in Washington is to tell the truth,” Woodward chimes in, mediating between the other panelists. His words suggest humor, but his tone is straight. The Yale graduate then breaks the tension: “If I were writing this story, I’d call it ‘Confessions of a former White House Chief of Staff.”

The forum lets out a laugh as the situation is diffused. Priebus eases back into his seat as Panetta turns to the next topic. The focus shifts from the president to the media, and the subjects of “All the President’s Men” are given the opportunity to critique their journalistic successors.

“I believe the press has done an excellent job on Trump, but some reporters have lost their emotional equilibrium,” Woodward explains. “We have to gravel the most difficult road for any human being: the road to introspection.”

Bernstein takes the question in a completely different direction; before even commenting on the job done, he attacks a basic premise of the question. “The media is a different word,” he says.” I don’t know what ‘media’ means anymore.”

The other panelists nod in agreement. There is a general consensus that the world is changing, and to test this hypothesis Woodward turns to the crowd.

“How many of you trust the media?” the Obama biographer asks the crowd of students. About one in every ten raise their hand. “Interesting,” he says to himself—he looks like he’s writing the story in his head. “Now how many of you trust the New York Times and the Washington Post?” In this poll, the results are completely switched, the vast majority showing faith in the newspaper titans. The subtlest smirk appears on Woodward’s face, his point proven. “We don’t give ourselves enough time to really do the in depth reporting on a presidency for one or two months,” the editor says when he resumes his critique.

His partner shows his bold nature once again through his hyperbole and surety, this time addressing a conservative news giant. “Fox News has been a power unlike anything we’ve ever seen in our lifetime,” Bernstein says.

The last topic is one that seems to connect Nixon and Trump, thereby connected Woodward and Bernstein to Priebus, a potential motivator to having put these three on the same panel: scandal. This question is not directed at Priebus, and he has no intention of answering. The audience waits to hear about scandal through the lens of scandal-breakers.

“Watergate was a systematic effort led by Nixon to undermine the democratic process,” Woodward starts. “We don’t know if the same can be said about the Russia investigation. What we do know—there have been untruths. It will be a pivot point in history one way or the other.”

The two are clearly interested in the subject matter, but there is a certain detachment as well; Woodward and Bernstein know that if there is a story here, they won’t be the ones to break it.

One thing is true of journalism, according to Bernstein, which stays constant throughout the years, no matter the political situation: “We look for the best possible version of the truth.” 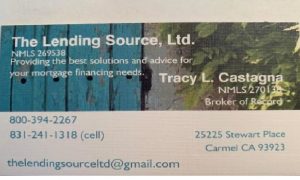