“We just want to rule the world,” Carmel High School alumna Miranda Zipse says about her band Miranda and the Beat. “Is that too much to ask?”

Miranda and the Beat is a two-piece band consisting of frontwoman Zipse and drummer Kim Sollecito, who also provides backing vocals. Both are veterans of the Monterey music scene who came together after their previous bands broke up. They have been playing together since the start of the year, captivating audiences and improving their own unique style.

Zipse’s singing is heavily influenced by soul music—she sings with commanding vocals and years of experience, giving her full attention of the listener. Her lyrics are raw and genuine—she describes them as keepsakes that take her back to how she felt while writing the song.

Much like her vocals, Zipse’s guitar playing also impresses. Zipse plays a custom-made guitar built from scratch, giving her playing heavy tones that capture the sound of blues rock and soul music. Combined with these tones are her intricate, grooving melodies and improvised solos. Each live show presents something new to the audience.

Minimalism is key to the ‘60s-inspired sound. Zipse has an unforgettable voice, harkening back to female singers like Etta James, Wendy Rene and Little Anne.

“We both have a wide array of inspirations that create Miranda and the Beat,” the frontwoman says about her singing style and inspirations. “I grew up listening to jazz, but I’m heavily influenced by soul.”

Sollecito’s drumming is heavily influenced by rock. Her time with the now-defunct, all-female-band The Shigs brought out a style parts surfer-rock and punk-rock. However, her drumming takes hints from blues, folk and soul music that blends perfectly into Miranda’s sound.

Both artists’ musical styles coalesce into a mix of R&B and punk, creating a soul-punk sound reminiscent of bands like Sublime. The band describes their sound as Mexican-Italian soul music with lots of reverb.

“Our sound is definitely all about reverb!” Zipse remarks. “I would like to save up and buy a Fender Blues Junior or a ‘60s Silvertone.”

Either guitar would add to the overall tonality of the group, striving for a sound of a simpler time, trying to renew the raw emotion captured on ‘50s and ‘60s LPs.

Miranda and the Beat have played shows across the Monterey Peninsula and Southern California. Zipse is currently living in Oceanside and her connections to local venues make it easy for them to play shows in the area. Similarly, Sollecito lives in Monterey and uses her relationships to play shows throughout the peninsula—they play along local favorites The Ajimas and Santa Cruz’s Shoobies.

The duo is excited to head out on a short tour of New York and California in June and will release an album in August. The two are playing May 18 at Wave Street Studios to celebrate the release of their first music video. 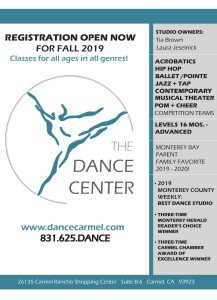